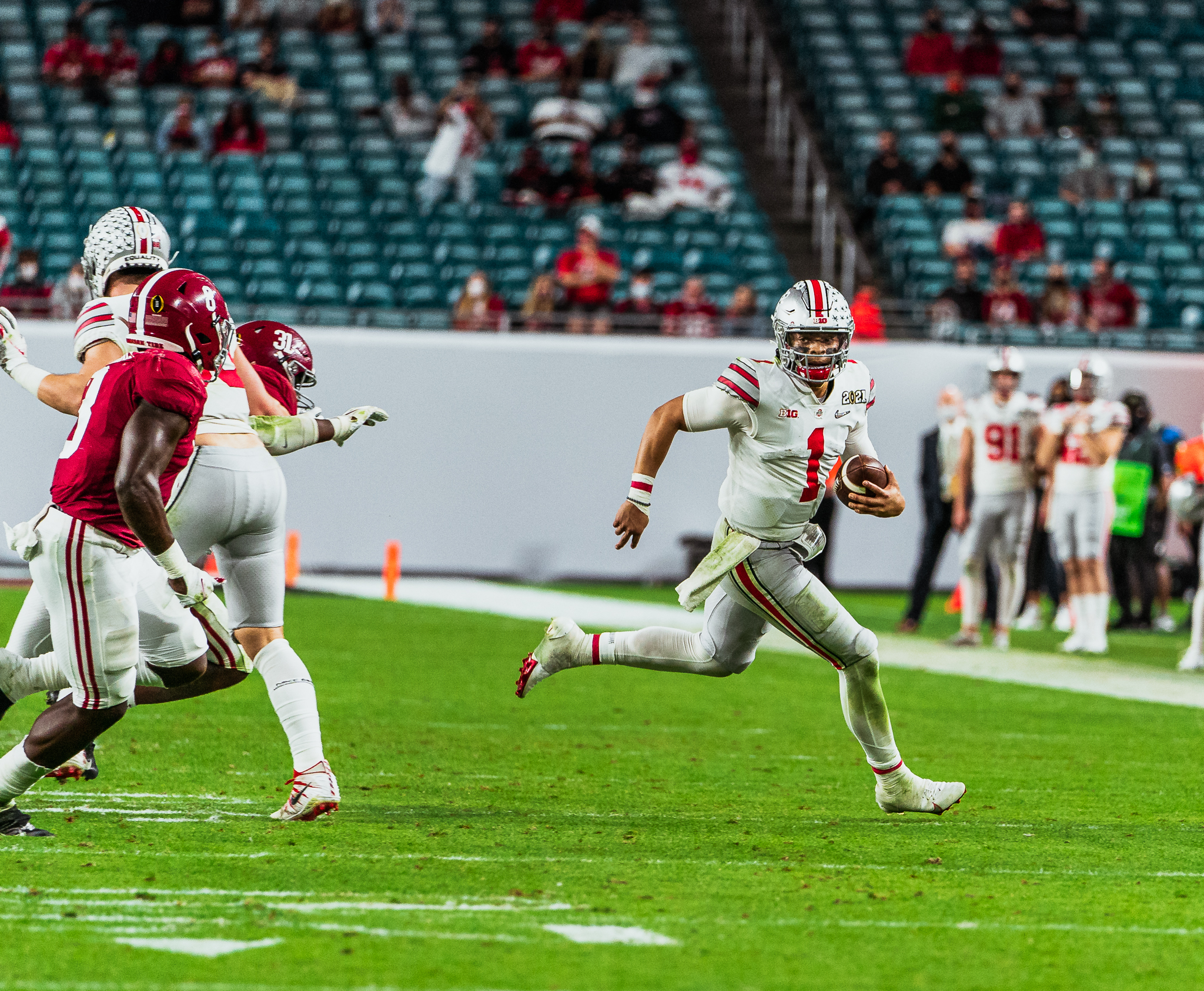 Ohio State quarterback Justin Fields, who racked up a 20-2 record for the Buckeyes during two seasons as a starter, has played his final snap in Columbus. The Kennesaw, Ga., native announced on his Twitter account on Jan. 18 that he will be adding his name to the 2021 NFL Draft.

Fields, who transferred from Georgia to Ohio State in January of 2019, won two Big Ten titles, two Silver Footballs (awarded to the best Big Ten offensive player), two Big Ten Player of the Year awards and led the Buckeyes to two playoff berths during his time as the starting quarterback. Fields thanked Ohio State in his announcement post.

“My path to The Ohio State University was not a direct one, but I could not hav asked for a better final destination. I knew this was a special place the moment I stepped on campus. I was overwhelmed by, not only the way the football team welcomed me, but the student body and the city of Columbus as a whole.

“Growing up, my dream was to one day play the game that I love at the highest level. Now, thanks to God’s grace and mercy, along with the help of you all, I am in a position to turn that dream into reality. And for that reason, I am foregoing my senior year and declaring for the 2021 NFL Draft.”

“Yeah, I mean, Justin has been unbelievable,” Day said. “He’s as competitively tough a player as I’ve been around. For him to go out there and play today really shows his toughness and how much he loves his brothers; he still took some shots on that hip. He was not 100 percent tonight. He was working through it and made some really good throws, made some gutsy plays, kept us in the game there for a while, but he’s an unbelievable player, and I’m going to miss him.”