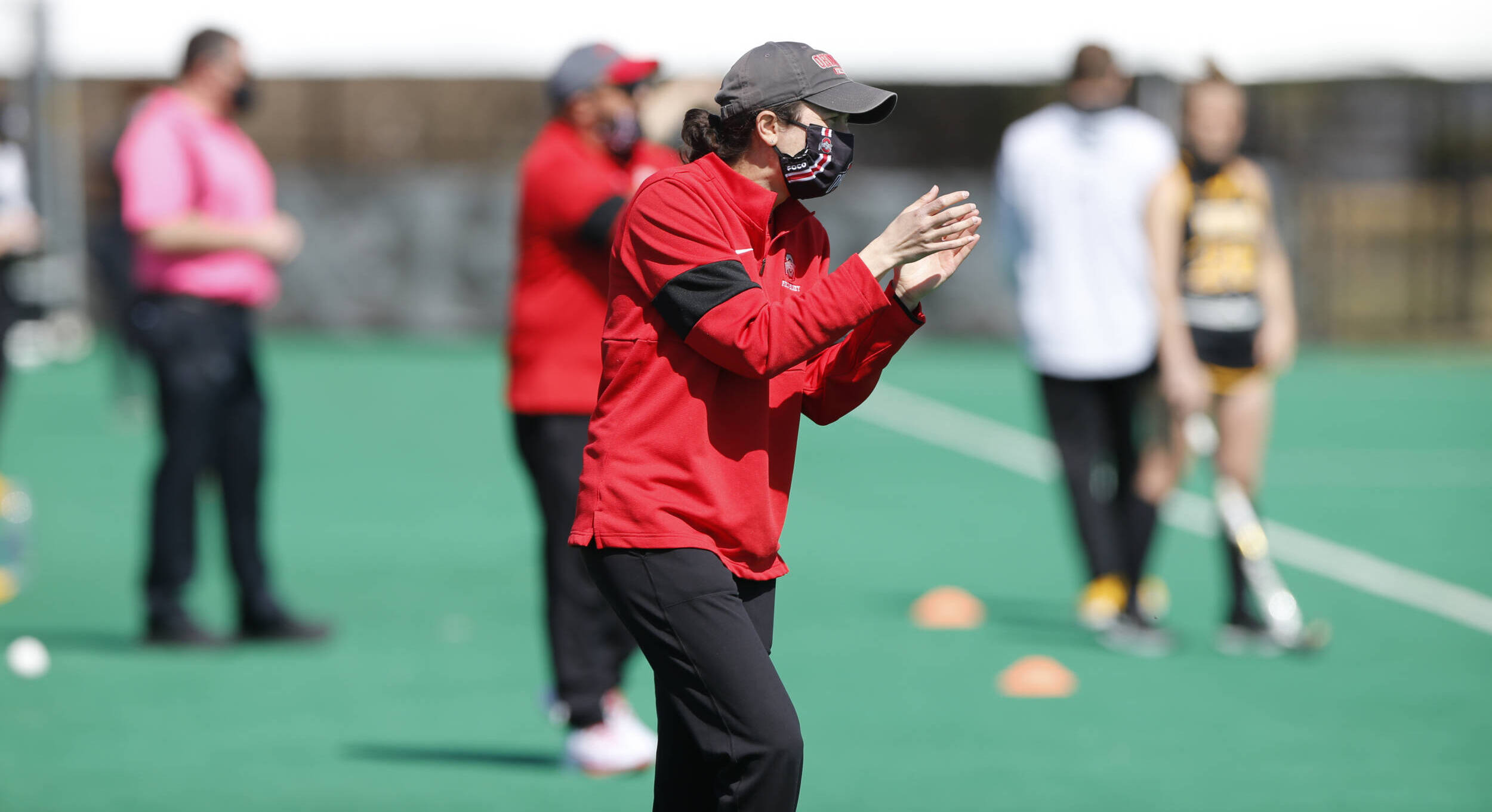 Ohio State announced the promotion of Kate Lipton on July 6. She will now be the field hockey team’s associate head coach after six seasons with the Buckeyes coaching staff.

“I am very grateful to work for such a prestigious athletic department and am truly honored to be a part of a program under Jarred’s leadership,” Lipton said in a press release. “I am excited to continue to help grow this program’s success and compete for championships!”

Lipton has been with Ohio State since the start of the 2015 season after previously coaching at Indiana. The Buckeyes have secured 53 wins since she arrived, which peaked last season with a surprise run to the Big Ten tournament championship game.

“I am so proud and honored to promote Kate to associate head coach,” head coach Jarred Martin said in the release. “She is a fantastic coach who has proven over our time working together that she is eager, motivated, and loyal to this program. She cares for this team and it shows in her commitment to making players better.

She also has experience outside of Ohio State, coaching Team Brave at the Young Women’s National Championship, part of the selection process for Team USA’s U-21 and U-22 development teams.

“Kate works very hard to help Ohio State field hockey succeed on and off the field and it doesn’t go unnoticed,” Martin said. “I am very lucky to have her here. She is one of the best up and coming coaches in the country and I know the best is yet to come.”