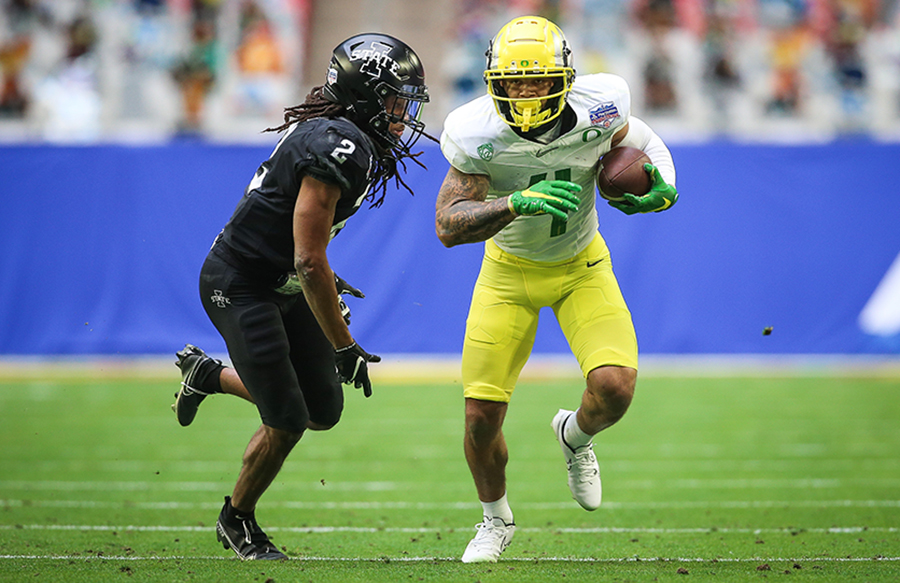 Although Ohio State’s trip to Oregon was canceled last season due to the coronavirus pandemic, athletic director Gene Smith told reporters on Wednesday that the Buckeyes will still host the Ducks this fall.

The game is currently scheduled to be played on Sept. 11 in Ohio Stadium, but Smith noted the two schools are still working through details with the hopes of having things finalized by the third week of March.

“Both of us want to compete and want to play,” Smith said. “Neither of us want to change the game. It would cost us more to change the game. If we don’t play, we gotta buy somebody else in. And so you’re paying whatever we’ll have to pay, and that game probably won’t be as attractive as us playing each other. So our biggest challenge is the return game. We’re working through that right now. We will play this fall. Just have to work through some details on it.”

The terms of the original contract stipulated that each school would pay the other $300,000 for the visit, but if a return trip to Oregon cannot be scheduled, the game in Columbus could be replaced by a neutral site game similar to the win over TCU at AT&T Stadium in Arlington, Texas, in 2018. Ohio State could also increase its payout for the home game this fall.

Assuming the teams don’t want to face two Power 5 non-conference opponents in one season, as Ohio State will in 2025 when it hosts both Texas and Washington, the earliest the two teams could reschedule a game at Oregon would be in 2032.

Ohio State is currently scheduled to play seven games at home in 2021, including Oregon, Tulsa and Akron as part of the non-conference slate and Big Ten games against Maryland, Penn State, Purdue and Michigan State. It’s unclear at this time if fans will be able to attend, though Smith is optimistic they will be permitted.

The Buckeyes are 9-0 all-time against the Ducks, including a 42-20 victory in the 2015 College Football Playoff National Championship.