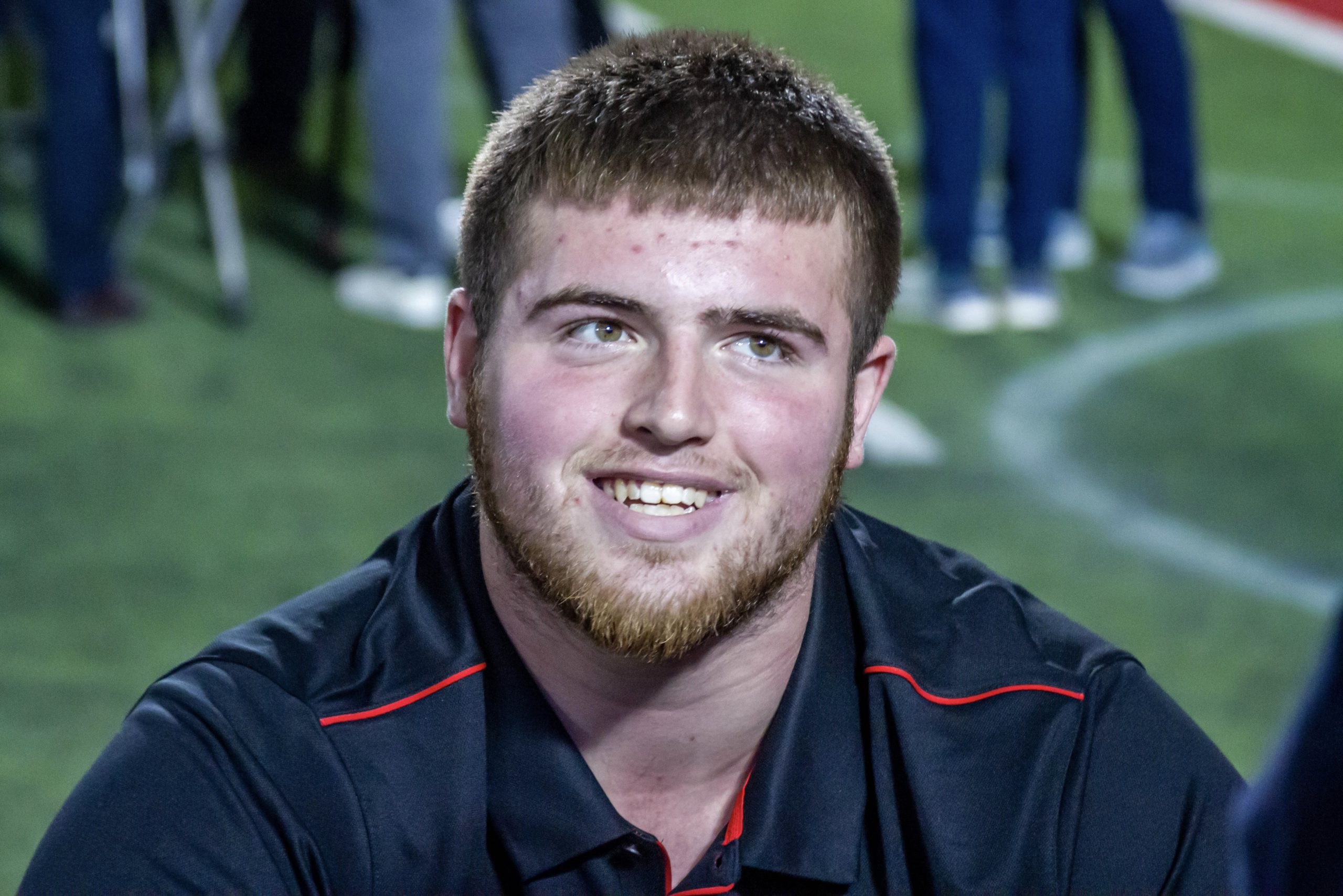 Two more members of Ohio State’s freshman class lost their black stripes Tuesday evening, both of which came from the offensive line room.

A pair of three-stars in tackles Trey Leroux and Grant Toutant shed their black stripes, becoming the 21st and 22nd members of the team to lose the stripe this season.

The pair are also the fourth and fifth offensive linemen to shed their stripes, with Josh Fryar, Paris Johnson and Luke Wypler losing theirs earlier this month.

At 6-8, 355, Leroux possesses immense size despite his lower recruiting ranking, similar to that of Dawand Jones (6-8, 360), who found time in 10 games for the Buckeyes in his true freshman season.

Toutant committed to the Buckeyes back on June 9, 2019, while Leroux committed on March 11 of the same year.