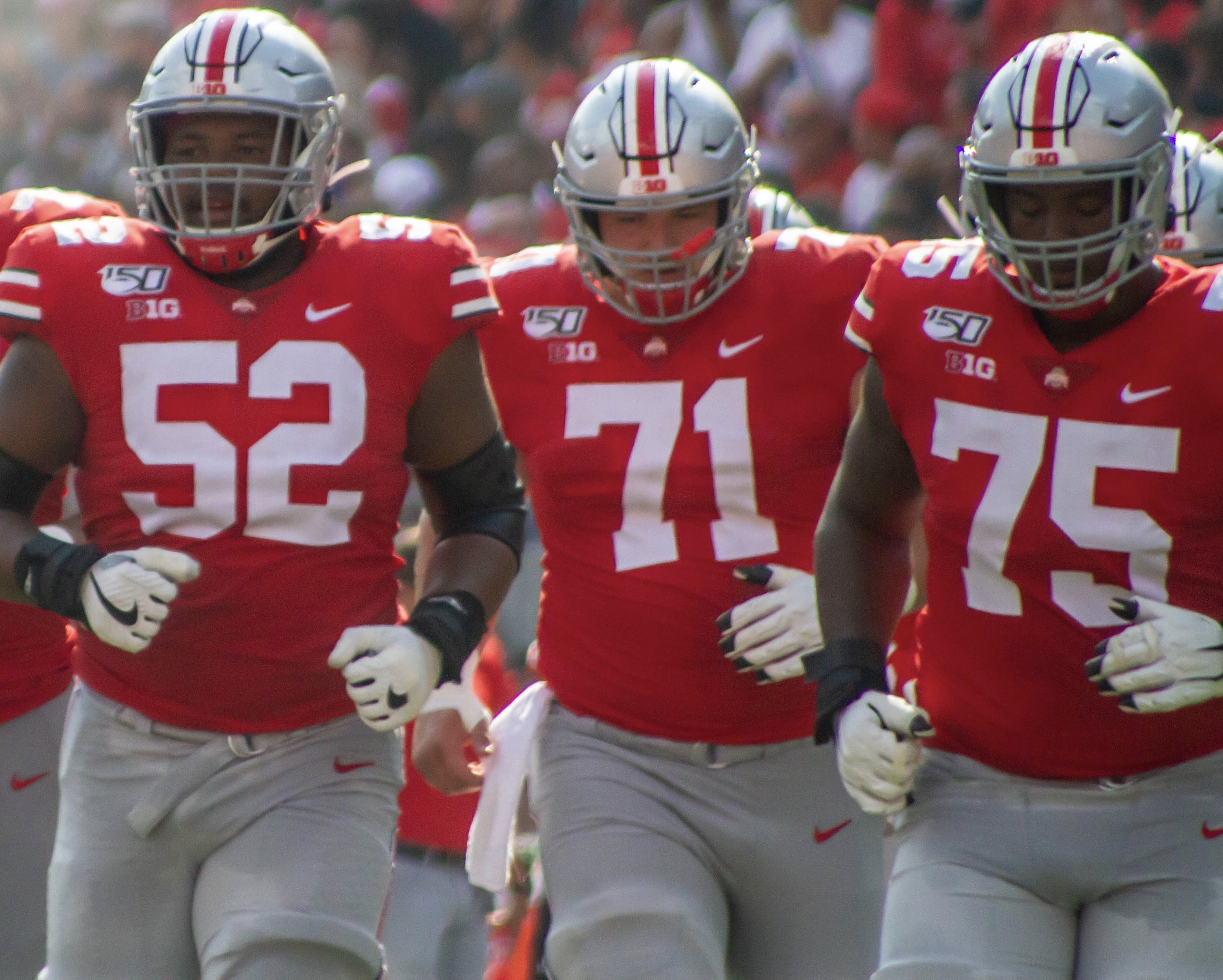 The Buckeyes are one of three program to have at least three nominees, with Alabama and Notre Dame placing four and three on the list, respectively.

Here is the our preseason watch list, featuring 85 of the nation's best interior linemen. https://t.co/H1FDMmo2DA pic.twitter.com/O5NjY2EXCr

Munford is one of the most experienced offensive linemen in the country, having started 26 games at left guard over the last two seasons. Davis and Myers, meanwhile, are back for their second seasons starting at right guard and center.

The unit helped pave the way for running back J.K. Dobbins to rush for a school single-season record 2,003 yards and quarterback Justin Fields to score 51 total touchdowns. Ohio State finished in the top 10 nationally in several offensive categories, as well, including total offense (529.9 yards per game), rushing offense (266.8 yards per game) and scoring offense (46.9 points per game).

Davis was named a first-team All-American by the Associated Press, CBS Sports and The Sporting News in 2019, which means he’ll have a tree planted in his honor in Buckeye Grove, while Munford and Myers were second-team All-Big Ten selections.

The Outland Trophy is named after former Penn standout John H. Outland, who is one of just a handful of players to be named an All-American at two positions (offensive tackle and halfback). Ohio State has won the award four times, including Jim Parker in 1956, Jim Stillwagon in 1970, John Hicks in 1973 and Orlando Pace in 1996.

Oregon left tackle Penei Sewell won the award last year and is widely considered the favorite to repeat this season, however.