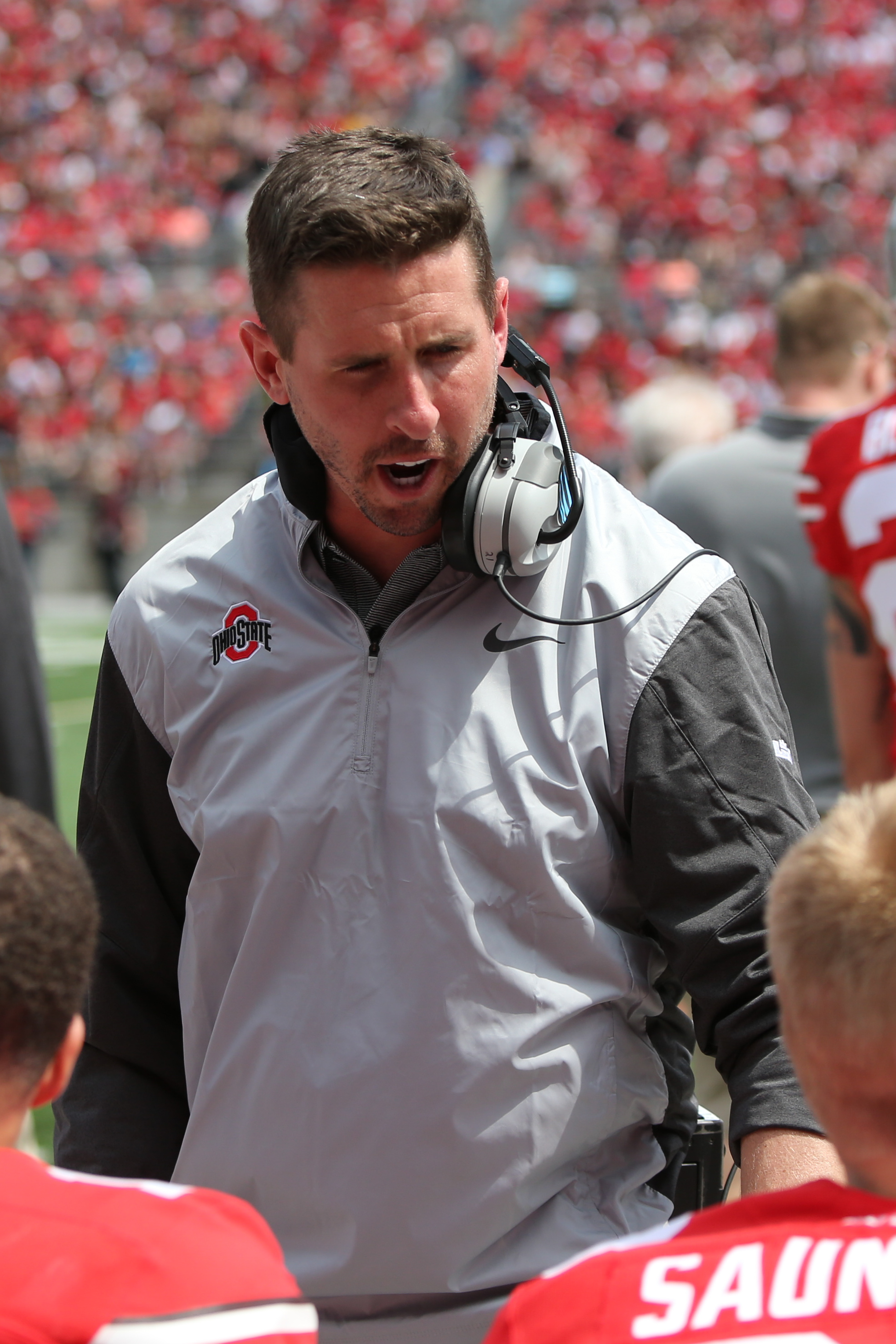 Earlier in the week at Big Ten Media Days in Chicago, head coach Urban Meyer spoke highly of Hartline and Dennis as potential solutions to the coaching questions.

“As I said in Chicago, I am very confident with the individuals on this coaching staff and both Brian and Corey are quality young men,” Meyer said Thursday in a statement. “I anticipate both of them doing well with their new responsibilities.”

Believed to be the obvious replacement for Smith as a ready-made candidate with support from veteran players like fifth-year senior H-back Parris Campbell, Hartline takes over the wide receivers after he worked with the position group for the past year as a quality control coach.

While he caught at least 30 passes in each of his seven seasons, Hartline recorded a career-best stretch between the 2012 and 2013 seasons when he combined for 2,099 yards on 150 catches with the Miami Dolphins.

Hartline, who played a key role in the offense for the Buckeyes on their way to four Big Ten titles and back-to-back BCS National Championship appearances from 2006-07, graduated from OSU in 2007 with his communications degree.

Hartline and his wife, Kara, have a young son, Brayden.

As a result of Hartline’s interim tag, Dennis enters his third year with Ohio State in a bigger role on the staff after he spent the past two seasons as a graduate assistant under Smith and the wide receivers.

Dennis, who is Meyer’s son-in-law, was originally going to work the upcoming season with offensive coordinator/quarterbacks coach Ryan Day before his bump to quality control coach.

He receives increased offensive responsibilities with the quarterbacks and wide receivers as a game planner, practice planner and daily organizer among the duties in his new role.

Dennis graduated from Georgia Tech in 2014 with his degree in business administration before he earned his master’s in sports management from Ohio State.

Dennis was recruited to Georgia Tech as a wide receiver from Troy (Ala.) Charles Henderson, where he became the first player in the high school’s history to rush and throw for more than 1,000 yards as a senior in 2010, but he also played on defense and special teams as a defensive back in his four years with the Yellow Jackets.

He and his wife, Nicki, Meyer’s oldest daughter, have a young son, Troy.