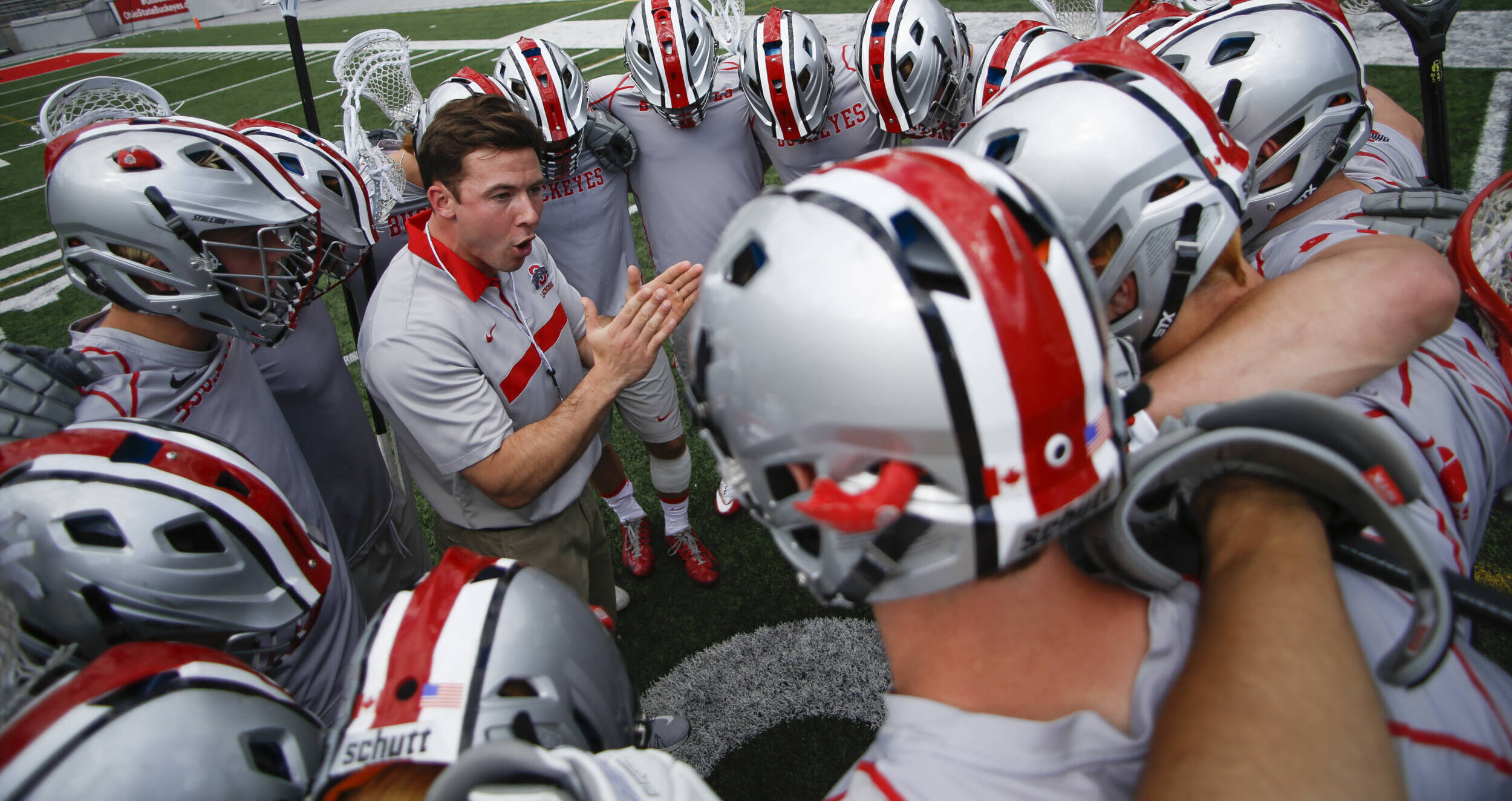 Ohio State men’s lacrosse hired Travis Crane to be an assistant six years ago. After proving himself instrumental to the Buckeyes’ success, head coach Nick Myers offered him a well-deserved promotion on Tuesday.

“We’re thrilled to elevate Travis to associate head coach,” Myers said. “He’s worked hard for this promotion and is absolutely one of the rising stars in the coaching profession. Travis does an outstanding job connection with our men and future Buckeyes.”

Crane started his tenure at Ohio State in 2017 — the Buckeyes most successful season in program history. The team claimed a regular-season record of 116 wins and advanced to the NCAA tournament semifinals for the first time. Ohio State ranked first in the Big Ten and 11th in the nation in scoring defense, holding opponents to nine or fewer goals in 13 games.

At the end of Crane’s first season, Myers promoted him to assistant coach and defensive coordinator. Under his guidance, Ohio State led the Big Ten in scoring defense in 2018, allowing 8.6 goals per game behind the program’s first two-time first-team All-American Ben Randall and All-Americans Erik Evans and Ryan Terefenko. The Buckeyes held six opponents to 10 goals or less the following season, which was good for second in the conference.

“‘I’m honored to be a part of such a great program,” Crane said. “Thank you to coach Myers for his continued leadership and Gene Smith and (senior deputy athletic director) Janine Oman for their support of not only me but also Buckeye lacrosse. A special and sincere thanks to the men on our team, both past, and present, who provide me the opportunity to be a part of their lives every day.”

Crane came to Columbus after three years of coaching at Calvert Hall College High School in Baltimore and as director of operations for Fellowship of Christian Athletes in Maryland. He served as defensive coordinator for Calvert Hall’s varsity lacrosse team and as a coach and administrator for the FCA club program.

Before entering coaching, Crane spent two years at Penn State, serving as a co-captain in his senior season and leading the team to the NCAA tournament. He scored three goals, picked up 27 groundballs and caused 15 turnovers in his two seasons with the Nittany Lions. Crane became an Academic All-Big Ten selection and earned an invite to the USILA North-South Senior All-Star game.

Myers said he appreciates a lot of the work Crane does for the program, but perhaps his most significant impact comes from how he interacts with the players and coaches.

“His ability to build meaningful and authentic relationships with folks in every walk of this program is what I admire most about coach (Crane),” Myers said. “We are grateful for all that he has given to Buckeye lacrosse, and I look forward to working alongside him for years to come.”