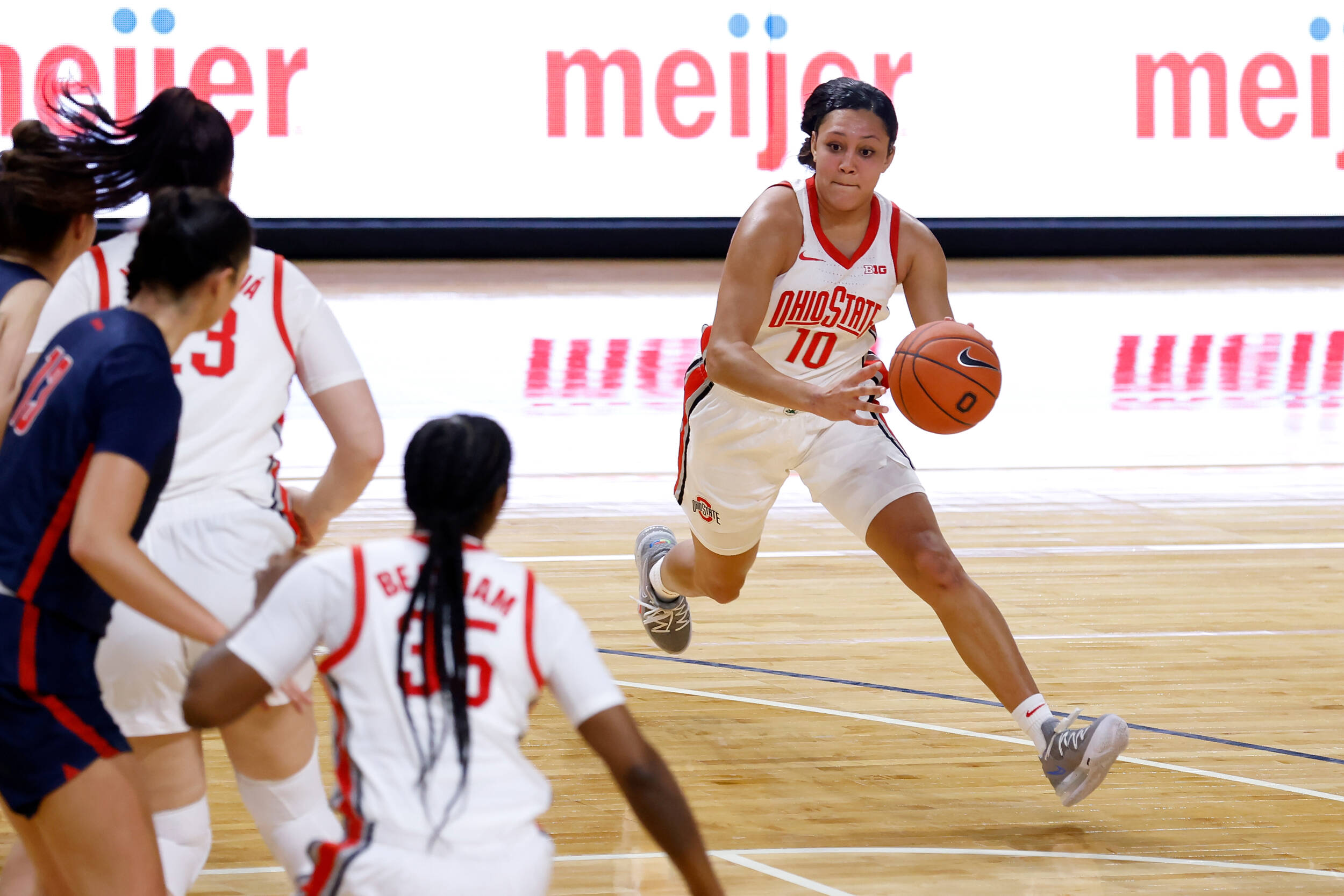 Both unbeaten Ohio State basketball teams moved up one spot in the latest AP polls.

The 3-0 men’s basketball team improved to No. 22 after a dominant 77-44 victory over Morehead State and a cancellation due to COVID-19 concerns at Alabama A&M.

Both the men’s and women’s AP polls had movement near the top of the rankings.

In the men’s poll, the top three of No. 1 Gonzaga, No. 2 Baylor and No. 3 Iowa stayed the same, while Michigan State lept four spots to No. 4 after defeating Duke, Detroit and Western Michigan, and Kansas climbed two spots to No. 5 with wins against Kentucky, Washburn and North Dakota State.

Outside of the top 26, the Big Ten boasts multiple teams receiving votes in No. 26 Michigan, No. 29 Indiana, and No. 39 Maryland.