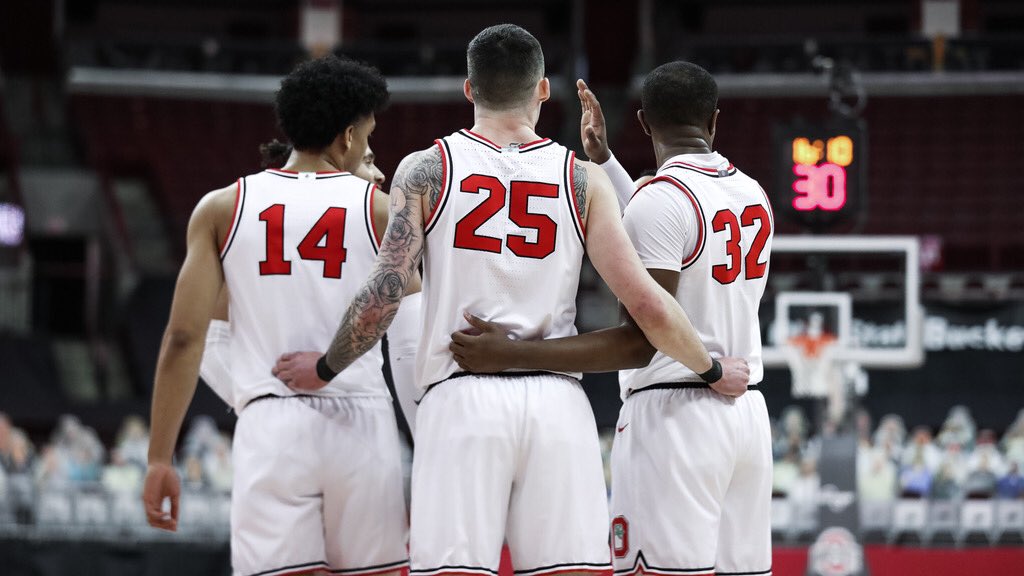 The Ohio State men’s basketball season is approaching and the Buckeyes non-conference schedule is complete.

The team will open its season against in-state opponent Akron on Nov. 9. Ohio State is 7-1 all-time against Akron, with the last meeting between the two teams coming in the opening round of the 2016 NIT in Columbus. The Buckeyes won the game 72-63 in overtime.

Ohio State will host another in-state foe in Bowling Green on Nov. 15 as part of the Rocket Mortgage Fort Meyers Tip-Off. The Buckeyes and Falcons will play for the seventh time overall and the first time since 2008.

The Buckeyes quickly stop in Cincinnati to face Xavier as part of the 2021 Gavitt Games before traveling to Fort Meyers, Florida, to continue playing in the Rocket Mortgage Tip-Off.

While in the Sunshine State, the team will compete in two games against either the University of California, Seton Hall or Florida. Both games will be played at Suncoast Credit Union Arena on Florida SouthWestern State College’s campus.

Ohio State is offering travel packages to fans who wish to travel to the games. The packages include tickets to each game, hotel accommodations and parking at the arena.

When Ohio State returns from Florida, they will host Duke in the Big Ten/ACC Men’s Basketball Challenge. The last time the Blue Devils came to Columbus, Ohio, the Buckeyes dominated in an 85-63 victory before a sold-out Schottenstein Center.

In December, the Buckeyes will host Towson, Tennessee Martin and New Orleans. Ohio State is a combined 4-0 against those three teams.

Ohio State will face Kentucky as part of the 2021 CBS Sports Classic on Dec. 18. The Buckeyes will take on the Wildcats for the third time in the event’s history. Ohio State won the previous two meetings, defeating Kentucky in 74-67 in 2015 and 71-65 in 2019.

In addition, Ohio State will open Big Ten play in the first weekend of December and will play its second Big Ten opponent the following weekend. The conference announced its scheduling breakdown in May but will release dates and times at a later date.

Ohio State will play Indiana, Maryland, Michigan, Minnesota, Nebraska, Penn State in Wisconsin both at home and on the road this season. The Buckeyes will only travel to Illinois, Purdue and Rutgers, while Iowa, Michigan State and Northwestern will only play in Columbus.

Season tickets for Ohio State’s 17 home games during the regular season will go on sale later this month, on July 21. Ticket renewals and new season ticket deposits will be available for full season ticket holders, including eligible faculty and staff members.

The university expects the Schottenstein Center to be at total capacity during the regular season; however, there is a slight change that fans should know before attending. Ohio State is employing a mobile-only ticket service for all events moving forward, enabling contactless entry into the arena and offering convenient and safe access to the game.

Ohio State also strongly encourages everyone eligible to receive their COVID-19 vaccine if they have not already. While proof of vaccination is not required to enter the arena, the university implores fans to get the vaccine to ensure their health and safety at sporting events.