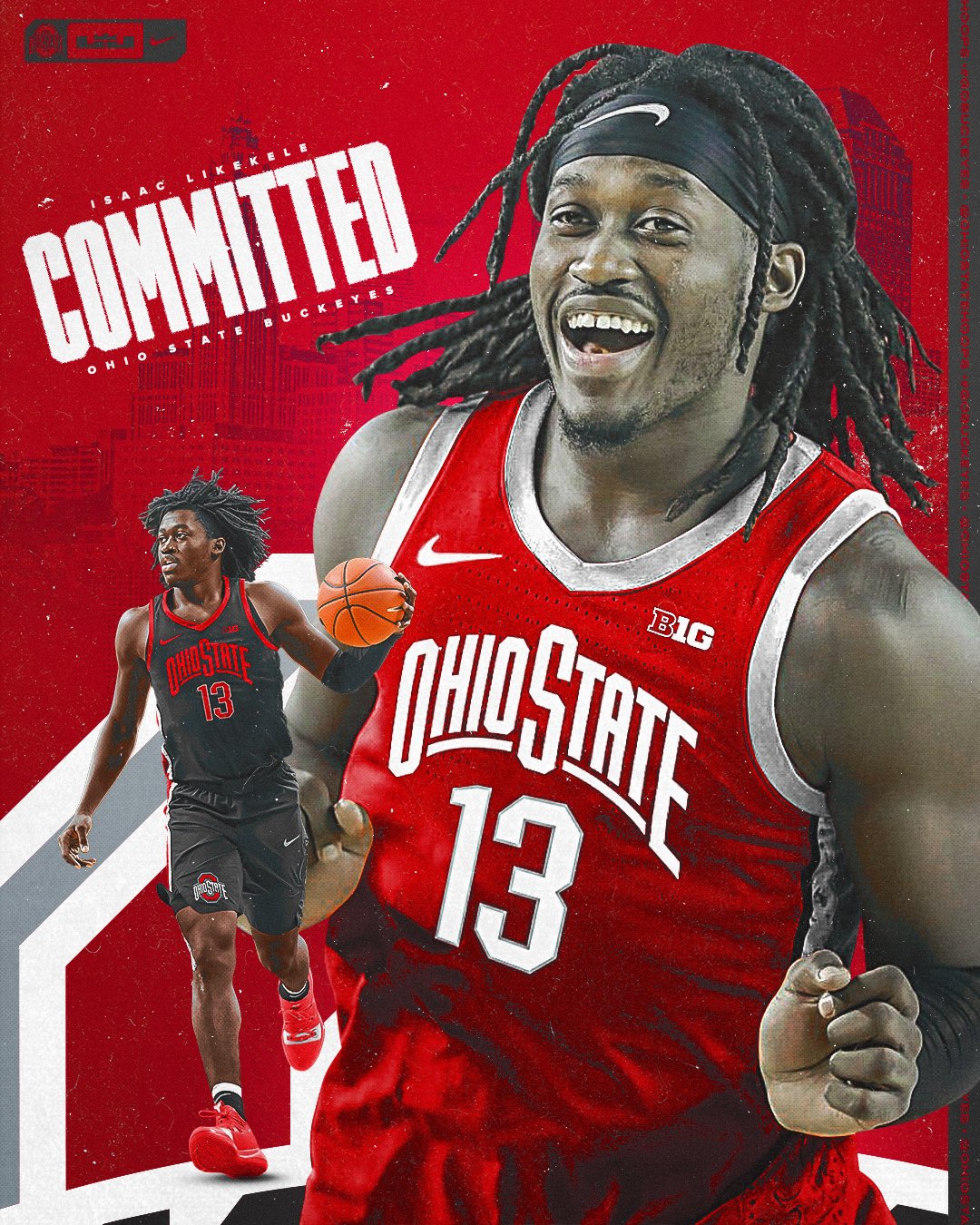 Chris Holtmann has a full roster once again and barring any more transfers out of the program, Ohio State has its 2022-23 roster. A week removed from the official departure of freshman point guard Malaki Branham to the NBA, the Buckeyes have landed a commitment from Oklahoma State graduate transfer guard Isaac Likekele, which, with the additions of five freshmen, Wright State transfer Tanner Holden, West Virginia transfer Sean McNeil and the returns of Eugene Brown III, Kalen Etzler, Zed Key, Justice Sueing and Seth Towns, gives Ohio State a 13-man roster.

A former three-star in the class of 2018, Likekele is a graduate transfer and will have one season of eligibility for the Buckeyes. He started in 110 of his 114 games at Oklahoma State over four seasons, leading the Cowboys through a time of tumult as the NCAA investigated rules violations and serving as the only member of his class to spend a full four seasons in Stillwater. He averaged 8.9 points, 5.5 rebounds and 3.9 assists per game for his career, seeing a slight decline in 2021-22 with 7.1 points, 5.5 rebounds, 3.4 assists and 1.2 steals per game in 30 contests.

At 6-5, 215 pounds, Likekele helps the Buckeyes fill a pair of gaps. He has plenty of experience as a point guard and will likely assume the starting role in the wake of Branham’s, Jimmy Sotos’ and Jamari Wheeler’s departures and Meechie Johnson Jr.’s transfer, but he has the frame to handle interior defending assignments too and did so frequently in Stillwater.

He was twice named a Big 12 honorable mention, recognized largely for his ability as a defender. He recorded a 3.0 defensive box plus-minus at Barttorvik.com in 2021, which would have been the best among Ohio State’s contributors by 0.5, beating out E.J. Liddell’s 2.5. Ohio State’s last player with a DBPM that strong was C.J. Walker, who had a 3.4 in 2020-21.

What he won’t likely bring to Columbus, however, is shooting. He’s a 46.0 percent shooter from the field for his career but shot just 43.7 percent in 2021-22. He never attempted more than 0.8 three-pointers per game in a season and is a career 27.9 percent deep range shooter. It’s likely those duties among the guard will fall to freshmen Roddy Gayle and Bruce Thornton and the transfer duo of Holden and McNeil. With Justin Ahrens departing, McNeil is the best three-point shooter on Ohio State’s roster by a large margin, hitting 36.8 percent of his tries from deep last season.