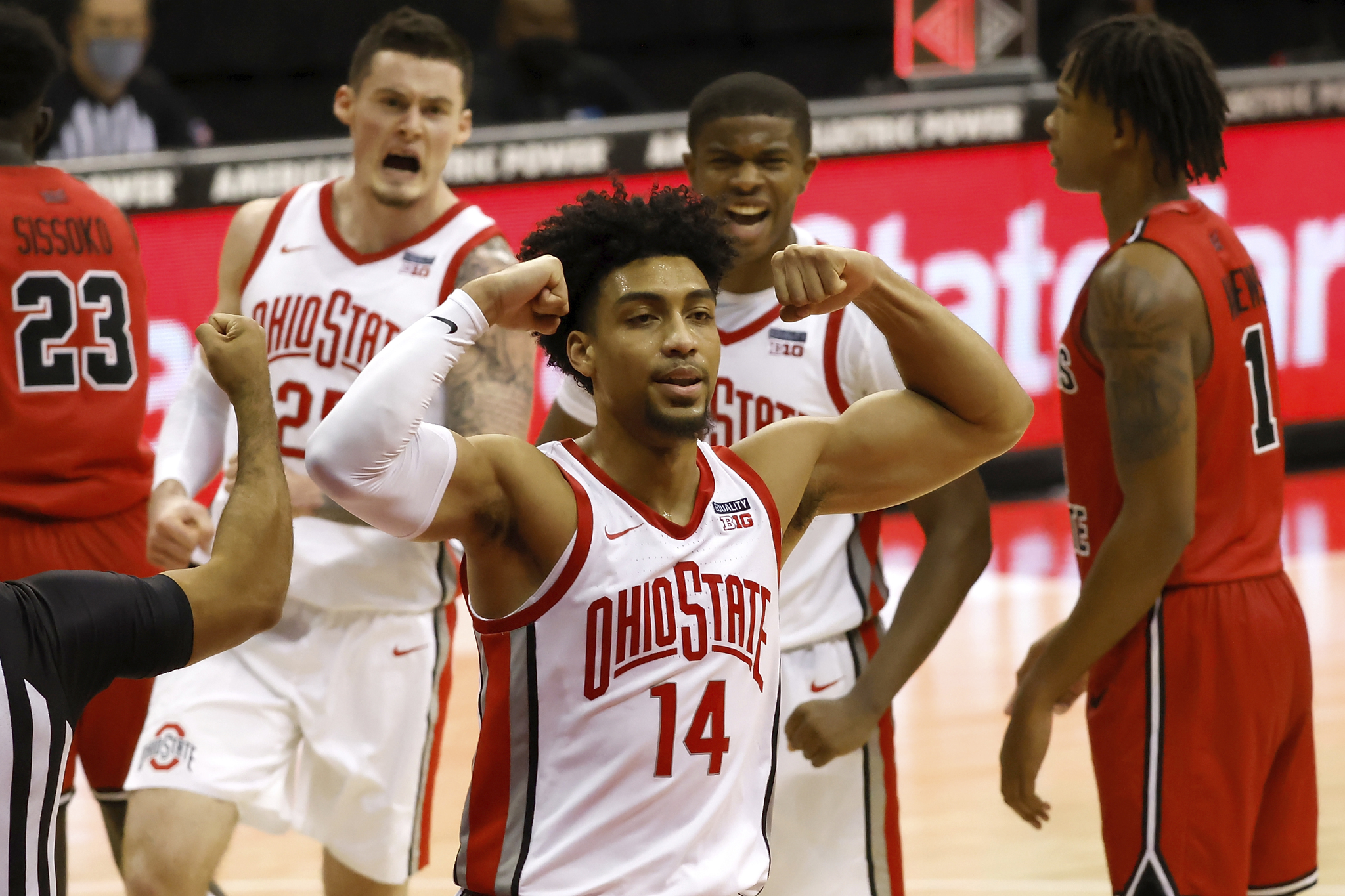 The Buckeyes quelled some doubts with their 94-67 victory over Illinois State, led by 19 points and eight rebounds by Justice Sueing in his debut for head coach Chris Holtmann’s squad.

“He just has a variety of ways in which he can attack you, and he’s pretty powerful,” Holtmann said of Sueing. “And you combine his size with his ball skills, and his athleticism, and he’s a good player. And he’s that versatile wing forward that is really valuable in today’s game.”

The Scarlet and Gray screamed out to a 22-0 lead across the first 6:24 of their home matchup with Illinois State before the Redbirds got on the board with a Dedric Boyd free throw 6:24 into the game.

The Buckeyes’ opening run began with five points apiece from sophomore forward E.J. Liddell and Sueing and was capped by a triple from freshman Eugene Brown, with a Duane Washington three-pointer, four points from freshman forward Zed Key and a dunk by Sueing.

“It just felt like we were released, like let the dogs out the cage,” Liddell said. “Because we’ve just been practicing against each other hard every day, being pushed and just working on our details so much. It just felt good to be out there again.”

Illinois State answered the 22-point deficit with a 7-0 run, and Kyle Young ended it with a layup on a dime from fifth-year senior point guard C.J. Walker, who finished with 10 points and six assists to two turnovers.

Battling back and forth with the Redbirds, the Buckeyes extended their lead to a 42-18 with 2:54 until halftime.

“When you see a couple of shots go in, it feels like our team really jells and is able to feed off of that,” Sueing said. “But more importantly, we just stayed together and were playing off each other, which led to good things like sharing the ball and stuff like that.”

The standout highlight of the first half for the Buckeyes came in transition with 6:18 remaining until intermission. Walker found Young for an exciting alley-oop slam on the fastbreak, which the 6-foot-8 forward flushed despite a foul.

Illinois State’s D.J. Horne went on a solo 7-0 run to end the first frame, cutting the Buckeye lead to 17.

“We did not finish the first half very well offensively or defensively,” Holtmann said. “I was disappointed with that.”

Ohio State cruised to a 27-point victory in the season opener, giving way to extra minutes for the reserves after the starters put up impressive numbers.

Sueing, who sat out last year after transferring from Cal, made his first eight shots on his way to an 8-for-9 shooting performance. Liddell scored 16 points with three rebounds, three assists, two steals and one block, while Young added eight points and eight boards in the frontcourt.

Washington, a junior guard, scored 12 points with two rebounds and three assists with no turnovers.

Key finished with 12 points and five boards on 3-of-4 shooting and a 6 of 9 mark at the charity stripe, adding one block and one assist in 17 minutes, while Brown added three points and four boards.

With the victory all-but-secured, the Buckeyes emptied their bench and walk-on players Harrison Hookfin and Jansen Davidson added four and three points, respectively.

Overall, Ohio State’s two-point defense was excellent against Illinois State, allowing just 35.1 percent of makes on those attempts compared to 45 percent on threes. The Redbirds committed 16 turnovers and the Buckeyes gave it up 10 times.

“We still allowed them too many easy, clean looks,” Holtmann said. “They shot 45 percent from three; we know that’s something we got to continue to work on. But overall, our defensive effort was sharp, our attention to detail was good. We played hard and competed on that end. And I think that’s going to have to be who we are.”

Holtmann’s squad did not ever lose grasp of a substantial lead after its hot start against the Redbirds.

“I think It sets a good tone just to show how how good we can be, for real. I mean, I feel like we’re just scratching the surface with this one,” Sueing said. “Obviously, it’s going to pick up as the season continues. But I’m just I’m just looking forward to continuing to work with my guys. We’ll take it game by game.”