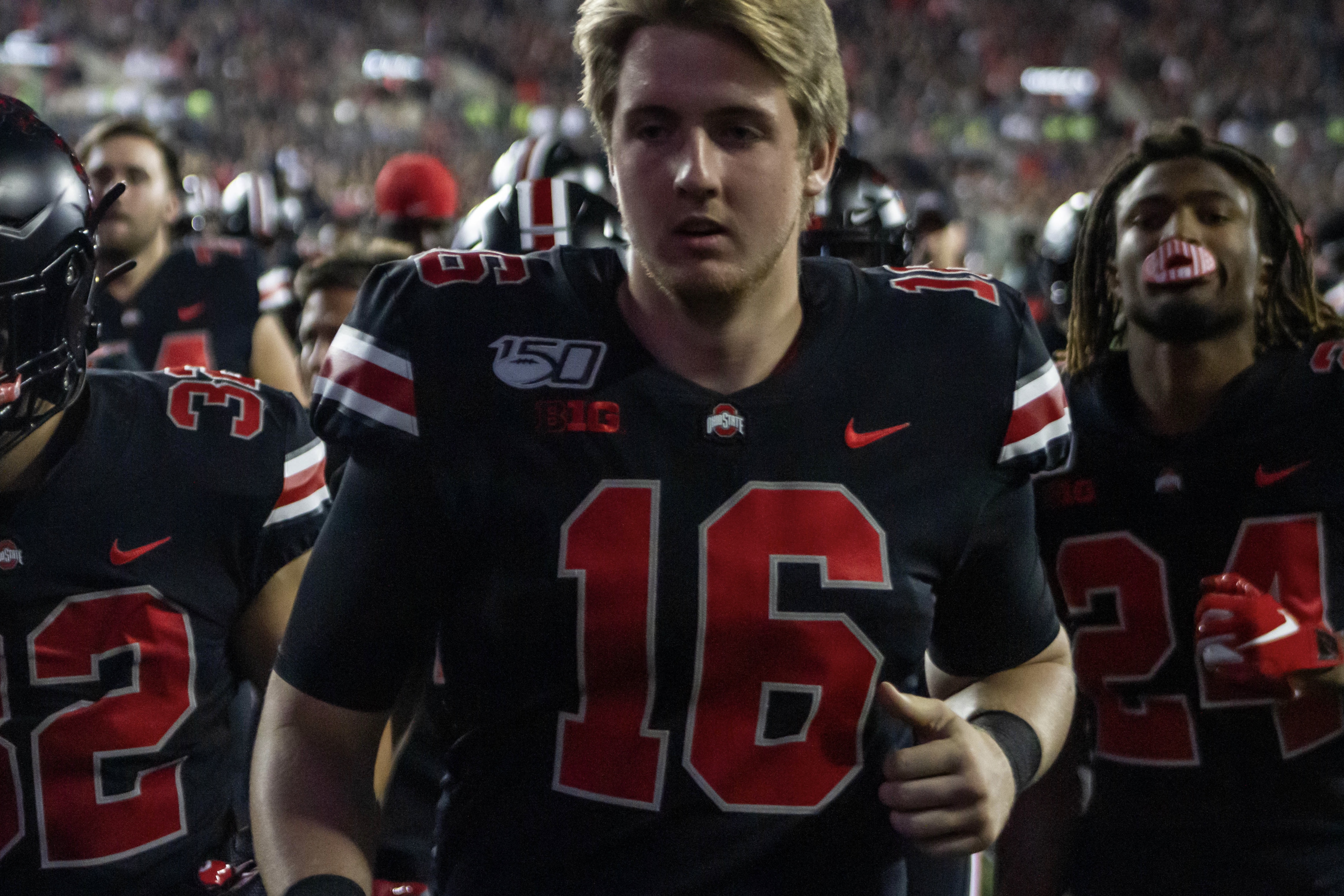 Two more members of the Ohio State football team lost their black stripes ahead of the matchup against Rutgers.

Quarterback Jagger LaRoe lost his black stripe, becoming the fifth quarterback on the team to do so. LaRoe is a redshirt freshman transfer from Texas A&M who, at 6-3 and 216 pounds, resides from Colleyville Heritage High School.

In high school, LaRoe threw for 3,029 yards and 33 touchdowns in his senior season, and for over 5,000 yards and 40 touchdowns overall.

With LaRoe dropping his, Kentucky transfer Gunnar Hoak remains as the only quarterback on Ohio State’s roster to not have lost his black stripe.

Defensive tackle Jaden McKenzie was a three-star recruit out of Wake Forest High School, and joined the Buckeyes as a part of the 2019 class.

As the No. 58 defensive tackle in his class, McKenzie had 71 tackles and 10 1/2 sacks in his final season in high school, and helped contribute to three consecutive 4A state championships while he was there.