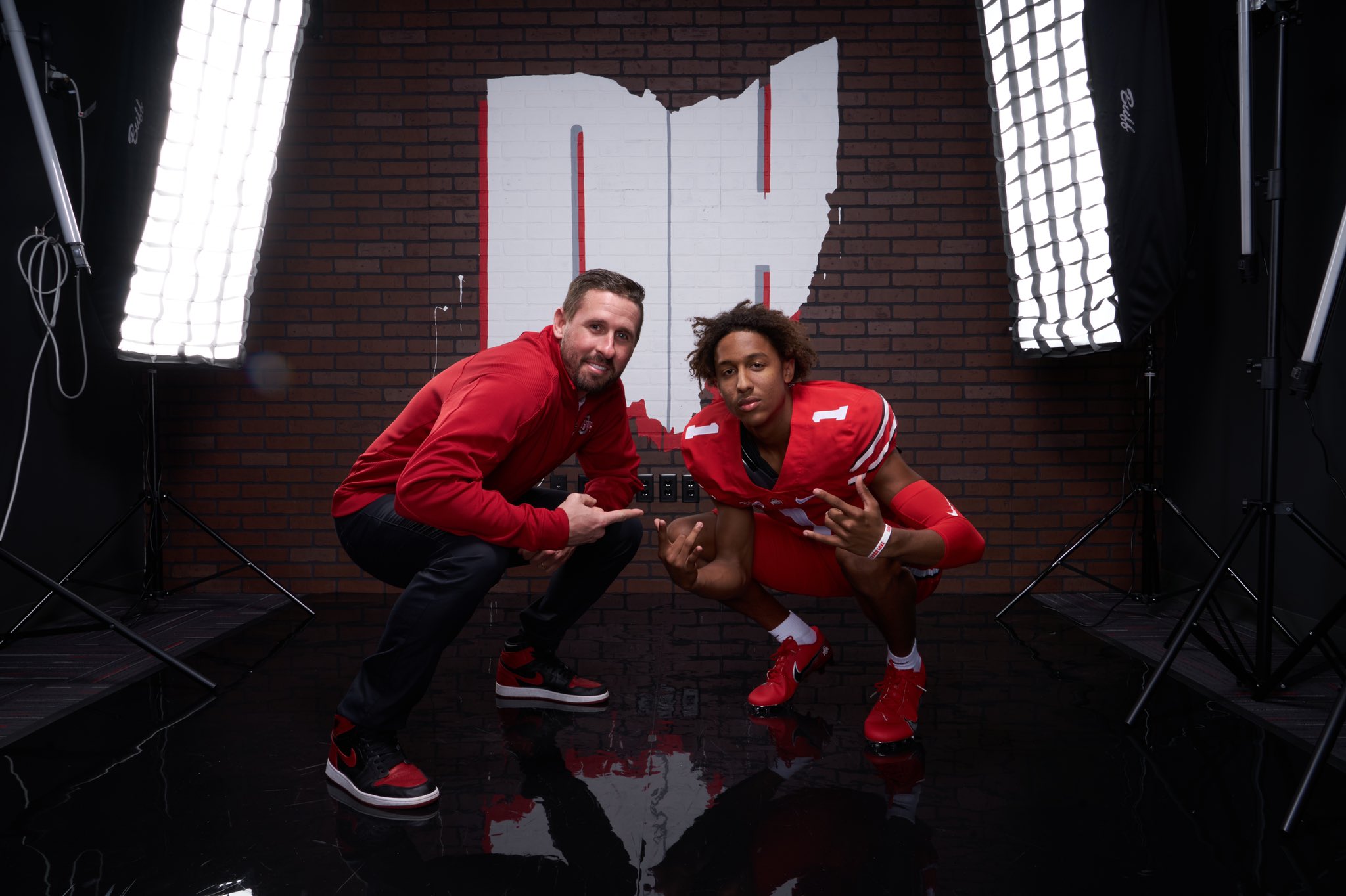 Ohio State’s spring game is set for kickoff at noon on Saturday, and dozens of recruits from the 2023, 2024 and even 2025 classes are set to be in attendance.

It’s set to be one of the Buckeyes’ last big recruiting weekends for a while, so the red carpet will be laid out for some of the top upcoming prospects to visit Ohio Stadium. Here is a breakdown (in alphabetical order) of several of the high-profile recruits expected on hand for the spring game:

This will be Davis’ fifth visit to Ohio State following a pair of visits last summer and two trips during the season. He’s made multiple visits to several other schools, including Clemson, Georgia, North Carolina, Penn State, South Carolina and Tennessee. He visited the Nittany Lions on Friday before making the trip to Columbus, but more on Davis later on.

Ohio State is set to take two tight ends in 2023 – at least that’s the plan, as it’s been for the last several classes – but it appears the Buckeyes could be closing in on a second commitment at the position to join Thompson’s Station (Tenn.) Independence four-star Ty Lockwood (6-5, 224).

Lyons (6-4, 230) is making the long trip from Folsom, Calif., for Ohio State’s spring game and the Buckeyes are among his six finalists, including Alabama, BYU, Stanford, USC and Utah.

This will be the first visit to Ohio State since last summer for Lyons, who is ranked as the No. 75 overall prospect and No. 4 tight end in 2023.

Raiola is returning to Columbus after making his first visit to Ohio State just last weekend, and since his trip, two 247Sports crystal ball predictions have been entered in for him to join Ohio State. While Davis seemed like Ohio State’s main target in 2024, Raiola has come on strong and it appears head coach Ryan Day may have found his guy in 2024.

While a potential Raiola commitment would not preclude Davis also joining the class, it would likely signal Davis to begin looking at his other top schools.

One of the wide receivers welcomed in by Ohio State at the spring game willm be Rodgers (6-2, 170), who the Buckeyes have been building a strong relationship with over the past several months.

Rodgers, out of Wiregrass Ranch in Zephyrhills, Fla., was offered by Ohio State on Jan. 26 and made an unofficial visit on March 8. He’s also made recent stops at Florida, Florida State and Miami (Fla.)

He’s the No. 367 overall prospect and No. 48 wide receiver in 2023, but the staff is obviously high on Rodgers, as he’s one of just 14 receivers to receive an offer from the Buckeyes.

Rogers (6-2, 180) is the more highly touted wide receiver prospect set to visit, hailing from Rolesville, N.C., and boasting a ranking of 59th overall and 10th among wide receivers in 2023.

Ohio State offered Rogers on Jan. 12 and the spring game will be his first visit to Columbus. If the Buckeyes are looking to pull in Rogers, they will have to fight off in-state NC State, where Rogers has made several unofficial visits.

Ohio State currently does not have any wide receivers committed in 2023, but Rogers or Rodgers, as well as Fort Lauderdale (Fla.) American Heritage five-star Brandon Inniss (6-0, 190) and Bradenton (Fla.) IMG Academy four-star Carnell Tate (6-2, 185), are among the Buckeyes’ targets.

Siereveld (6-5, 315), an Ohio prospect out of Middletown’s Lakota East, will be making his fifth trip to Ohio State for the spring game. He most recently visited in late March.

Ohio State was in Siereveld’s top three along with Alabama and Notre Dame, and is the No. 348 overall prospect and No. 20 interior lineman in the class. He made recent trips to Alabama on March 26 and Notre Dame on April 2.

There is one 247Sports crystal ball prediction for Siereveld to land at Ohio State.

It’s been a slow start for the defensive line in 2023 with only Dublin (Ohio) Coffman three-star defensive end Will Smith Jr. committed to the Buckeyes, but defensive line coach Larry Johnson has secured a spring game visit from one of the top defensive line prospects in the class.

Uiagaleilei (6-4, 255) – the brother of current Clemson quarterback D.J. Uiagaleilei – is making the trip from St. John Bosco in Bellflower, Calif., as one of several spring visits. He is the No. 21 overall prospect in 2023 and the No. 2 edge rusher.

All rankings via the 247Sports composite rankings