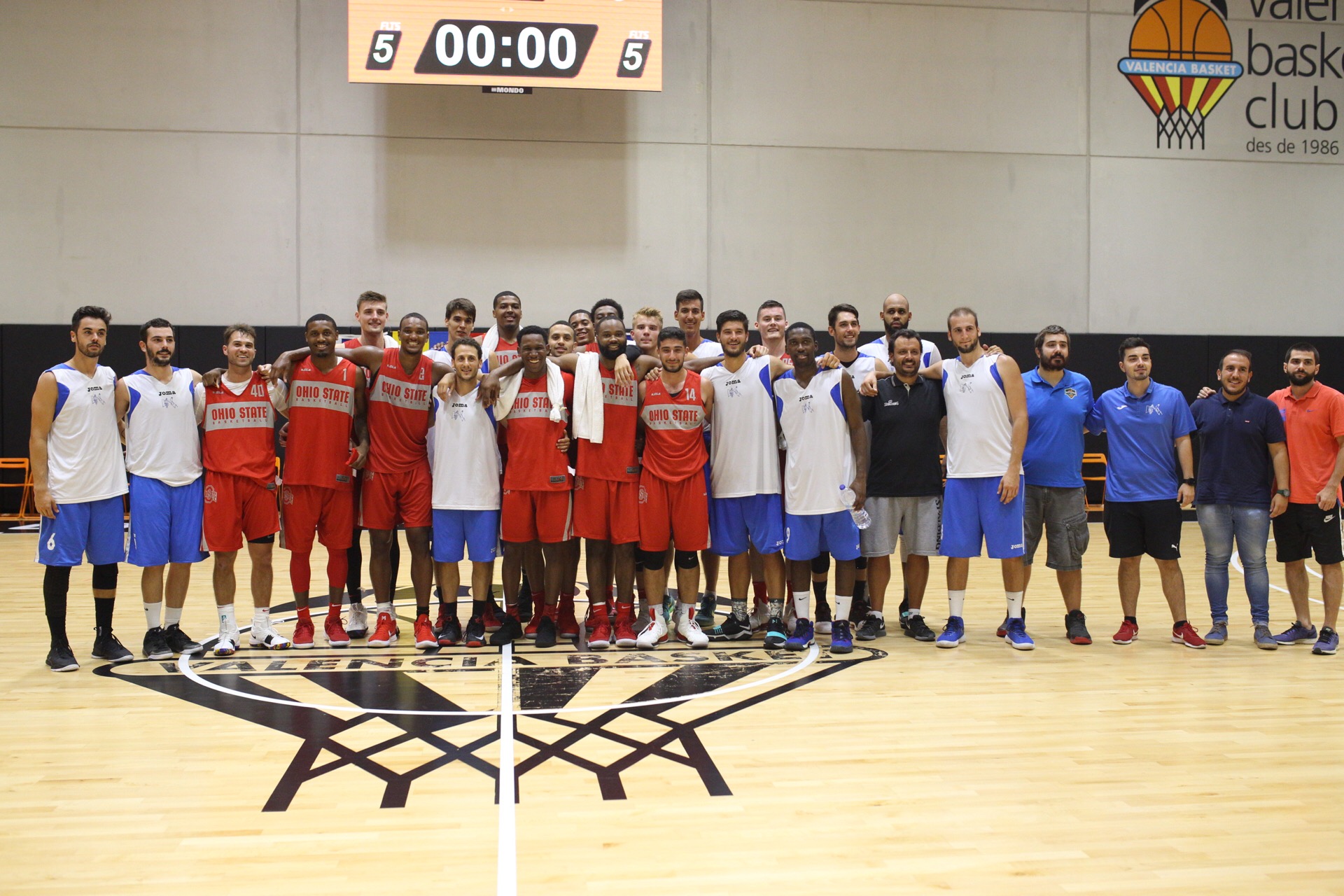 Washington led the Buckeyes with 19 points, going 7 of 10 from the field and 3 of 3 from international three-point range, and logged a team-best four assists. Sophomore forward Kyle Young totaled 11 points and a game-high nine rebounds. LeDee had 10 points and equaled Potter with eight boards.

Playing in front of a capacity crowd at L’Alquernia del Basket, which seats about 225 people, Ohio State was fueled in the opening minutes by Washington, who scored 11 of the team’s first 13 points to help give OSU an early 13-8 lead.

“Duane made shots early,” Holtmann said. “Guys did a great job screening for him. It was good to see. I thought he let it come to him a little more tonight.”

The Buckeyes expanded their margin to 25-12 with less than two minutes left in the first quarter when Jackson stole the ball and fed it to Young for a dunk.

“We were playing hard defensively,” Holtmann said. “C.J. Jackson kind of leads the way right there. He’s like the head of the snake when it comes to our defensive approach. He had terrific ball pressure tonight, really good activity and created a lot of deflections.”

Ahead 28-12 after the first frame, the Scarlet and Gray widened the gap to 42-22 midway through the second quarter and owned a 47-30 advantage at halftime.

Consecutive baskets by Woods gave Ohio State a 57-37 cushion in the middle of the third period. Washington hit a three at the end of the third to spot his squad a 70-42 lead.

Holtmann’s club will play its third and final game of the trip at 7 p.m. local time, 1 p.m. ET Thursday in Barcelona, a matchup he is expecting to be much tougher than the first two on the trip.

“The competition hasn’t been stellar here so far,” Holtmann said. “I think it will be on Thursday night. I heard from someone that it will be by far the best team we play. It’ll be a great fun challenge for us.”