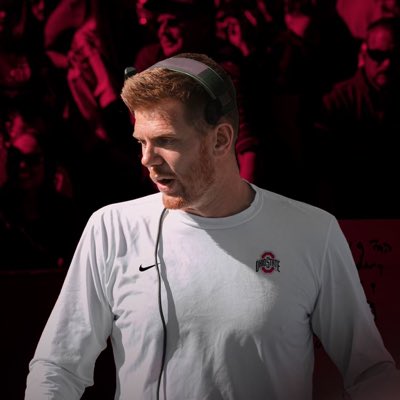 O’Hara comes to Ohio State by way of Western Michigan and will work with Brian Hartline in the wide receivers room. He graduated in 2020 and spent the past season working with the Broncos offense, which produced 32.5 points per game and 253.7 passing yards per game and expects to see quarterback Kaleb Eleby drafted come April.

Head coach Tim Lester and offensive coordinator Eric Evans leaned heavily on an RPO-based passing game. There’s no direct connection between Western Michigan’s staff and Ohio State’s, though Evans did coach former Indiana running back Jordan Howard when he was UAB, prior to his transfer to suit up under then-IU head coach and now-OSU offensive coordinator Kevin Wilson. Offensive line coach Bill Kenney would have worked with OSU defensive line coach Larry Johnson at Penn State from 1996-2011.

O’Hara does also have a slight connection to Ohio State 2022 wide receiver signee Kaleb Brown, because both attended Chicago St. Rita High School. O’Hara, who played quarterback, graduated in 2017 and played his college football at St. Norbert College, but transferred to Western Michigan after one season, where he served as a student assistant from 2018-20 before earning a promotion to graduate assistant in December of 2020.

Sollene, meanwhile, comes to Ohio State by way of Florida and even picked up some on-field coaching experience this past season, as he was promoted to interim offensive line coach in the final weeks of the season to fill in for fired assistant John Hevesy. He played offensive tackle at Long Island University Post from 2012-15 and worked as offensive line coach and run game coordinator at Nassau Community College prior to his arrival at Florida, where he spent the last two seasons. He’ll work with new offensive line coach Justin Frye.