Ohio State Head Coach Ryan Day: ‘Swinging As Hard As We Possibly Can Right Now For These Players, This Isn’t Over’ 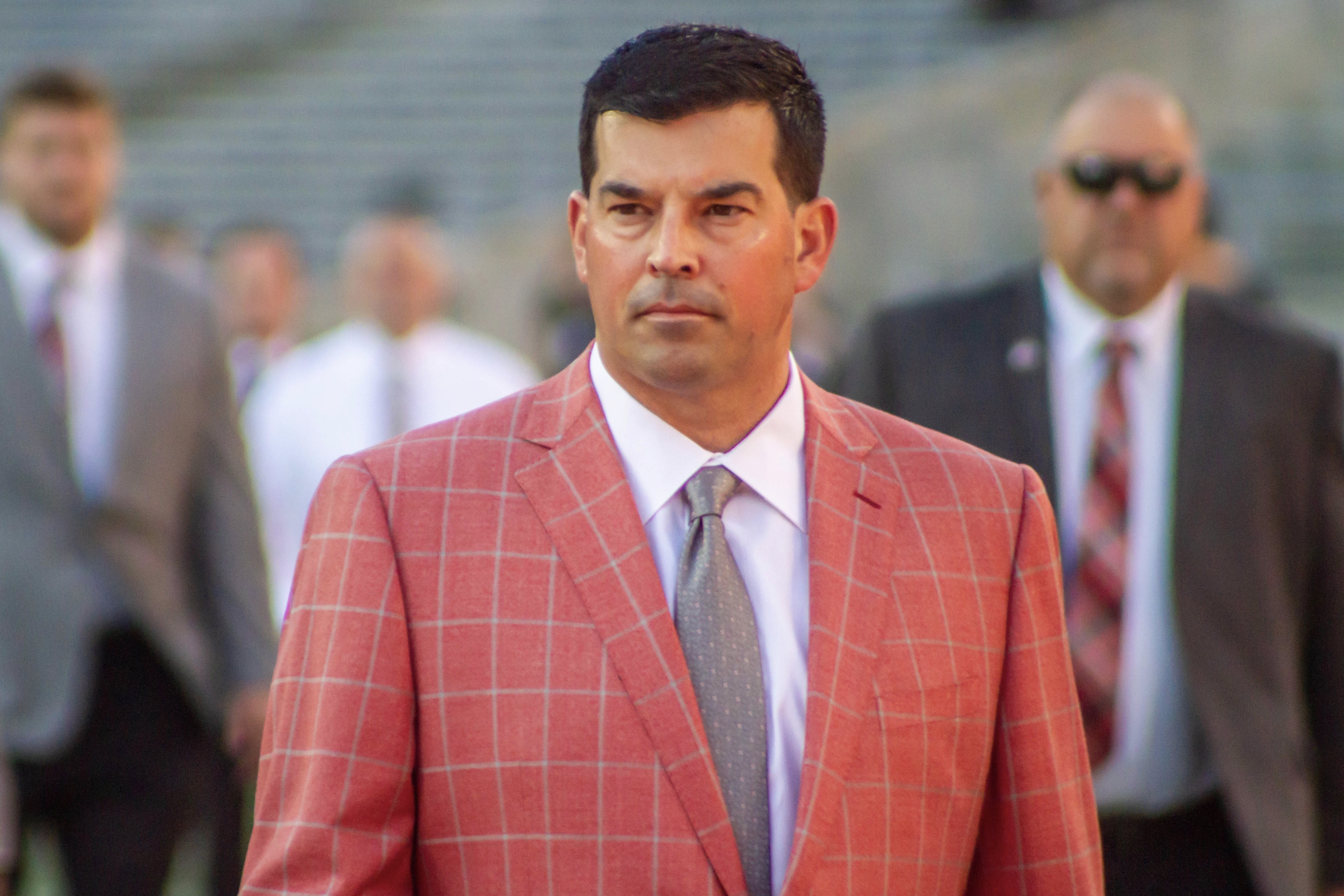 Ohio State head coach Ryan Day took to Twitter to defend his players in their push for a college football season in 2020.

Day tweeted, “Swinging as hard as we possibly can right now for these players! This isn’t over! #FIGHT.”

Swinging as hard as we possibly can right now for these players!! This isn’t over! #FIGHT

Day’s tweet came in response reports that the Big Ten plans to cancel the upcoming season. Though it was also reported that the conference did not to vote to cancel the season, the prospects of a season remain unclear.

“I’m comfortable with us starting training camp,” Day said. “I still think that in order to play a game, not yet. Not yet. I think the Big Ten did a wonderful job of laying out some of the stuff that, as we get into the competitive season, some of the details and protocols moving forward, but certainly there are more details to be ironed out before we go play that first game.

“But I am very comfortable with what we have going on here going into training camp. Our protocols and procedures that we shared with our team, with our coaching staff and then with our parents. I think that is really well thought out and there’s been a lot of back-and-forth there and we feel strong about that.

“But I would say right now we’re not quite ready to play a game yet. But I know the Big Ten and the commissioner’s office is working really hard right now to put all those details together so we all can feel strong when we get a lot of those details. But yesterday [the Big Ten schedule release] was a great step forward for us.”

His tweet Aug. 10 indicates that Day wants a football season to take place, and that he will fight for his players.

Our players deserve the opportunity to choose whether they play or don’t play. We will play anyone, anywhere. We don’t care who it is.#WeWantASeason

I wish everyone could see our players over these last 3 months, the last 3 days, and especially the last few hours. Never been so proud of a group of men !!!!! Ridiculous leadership, unbelievable energy and relentless fight !!!! All in order to play the game they love !! BUCKEYES

Day was not the first Big Ten coach to speak up about the possibility of the cancellation of the 2020 season. Michigan’s Jim Harbaugh, Nebraska’s Scott Frost, and Penn State’s James Franklin all came out in favor of playing out the season.

"Our University is committed to playing no matter what, no matter what that looks like and how that looks. We want to play no matter who it is or where it is."#Huskers HC Scott Frost on opponents for 2020. pic.twitter.com/kTPN9znv0v

I love our players & believe it is my responsibility to help them chase their dreams, both collectively & individually. I am willing to fight WITH them & for our program!#WeAre

Whether or not there will be college football in the Big Ten, or beyond, remains to be seen, but the conference’s coaches showed they will speak up for their players.