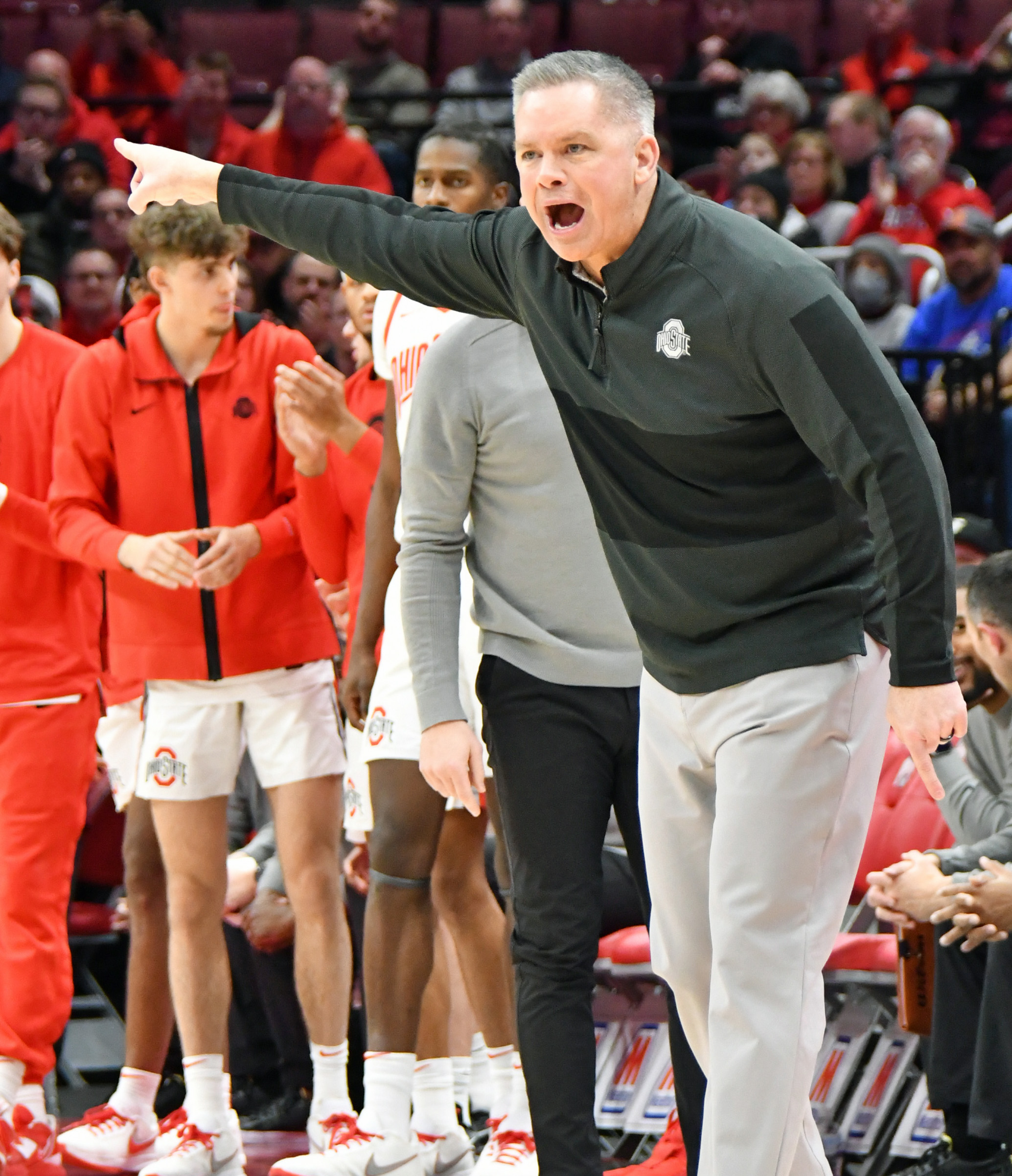 Ohio State picked up its fifth-consecutive loss on Wednesday, falling to Nebraska 63-60 at Pinnacle Bank Arena in Lincoln, Neb.

Buckeye guard Sean McNeil’s game-tying three-point attempt at the buzzer rimmed out, while Ohio State (10-8, 2-5) shot an abysmal 35.7 percent from the field and 29.4 percent from three en route to yet another loss in Big Ten play. Nebraska (10-9, 3-5) finished the evening with a 41.1 percent mark from the field, boosted by 53.8 percent shooting in the second half.

As it did against Rutgers on Sunday, Ohio State came out flat offensively, hitting just 1 of its first 11 field goal attempts while allowing Nebraska to open an 8-3 lead with 13:51 to play in the opening half. The Buckeyes endured a stretch of eight-straight misses until a floater from Isaac Likekele and a jumper by Sean McNeil on back-to-back possessions cut Nebraska’s deficit to 8-7 at the under-12 timeout.

After the pair of buckets from Likekele and McNeil, The Buckeyes hit just two of their next 12 field goal attempts while Nebraska held a 21-15 lead with 3:12 to play in the first half. However, Ohio State closed the half on a 7-0 run — sparked by five points from forward Brice Sensabaugh, who opened the game with eight-consecutive misses — to take a 22-21 lead into the locker room.

Both offenses were marginally better to start the second half. OSU started the frame 3 for 9 from the field, including a pair of threes from McNeil, while Nebraska hit on 4 of their first 9 attempts to hold a 33-32 lead with 14:52 remaining in regulation.

After a free throw from Justice Sueing knotted the game at 33, Nebraska guard Sam Griesel pushed the Husker lead back to 36-33 after finishing a three-point play. But Ohio State forward Zed Key scored the game’s next five points and lifted the Buckeyes back into the lead, 38-36, with 12:45 to go in regulation.

The lead changed hands four times across the game’s next 2:31, but the Buckeyes and Cornhuskers found themselves deadlocked at 45 with 10:06 to play. After Nebraska broke the tie on a layup by Oleg Kojenets, Sensabaugh drilled a pair of jumpers to put the Buckeyes back on top 49-47 with 8:55 left in regulation.

Nebraska quickly responded with an 8-0 run to pull ahead 55-49 with 5:14 left. The run coincided with a 6:35 field goal drought for Ohio State, a stretch that included four turnovers from the Buckeyes. Key stopped the bleeding for Ohio State, finishing a layup off an assist from Likekele, to pull OSU to a 55-52 deficit with 2:20 to play.

Sensabaugh pulled Ohio State within two after going hitting one of two from the foul line, but Nebraska guard Emmanuel Bandoumel scored the game’s next four points to extend the Cornhuskers’ lead to 59-53 with 1:03 to play.

Bruce Thornton scored his first points of the night on a jumper, pulling the Buckeyes back within four, but Griesel tacked on a pair of free throws to make it 61-55 with 43 seconds left. Sensabaugh gave the Buckeyes some life after hitting a corner three with 36.4 seconds to play, pulling Ohio State to a 61-58 deficit.

Cornhusker guard Keisei Tominaga went hit one of two free throws after an intentional foul, and McNeil tallied a pair of free throws to cut Nebraska’s lead to 62-60 with 12.7 left in regulation. Nebraska extended the lead to three with another trip to the free throw line, but McNeil’s game-tying attempt rattled off of the rim.

Griesel produced a team-high 15 points, to go along with seven rebounds and three assists, for the Cornhuskers. Cornhusker guard Keisei Tominaga added 11 points on 4-of-12 shooting.

After back-to-back road games, the Buckeyes return to Value City Arena on Saturday for a tilt with Iowa. Tip-off is set for 2 p.m. and the game will be televised on FOX.