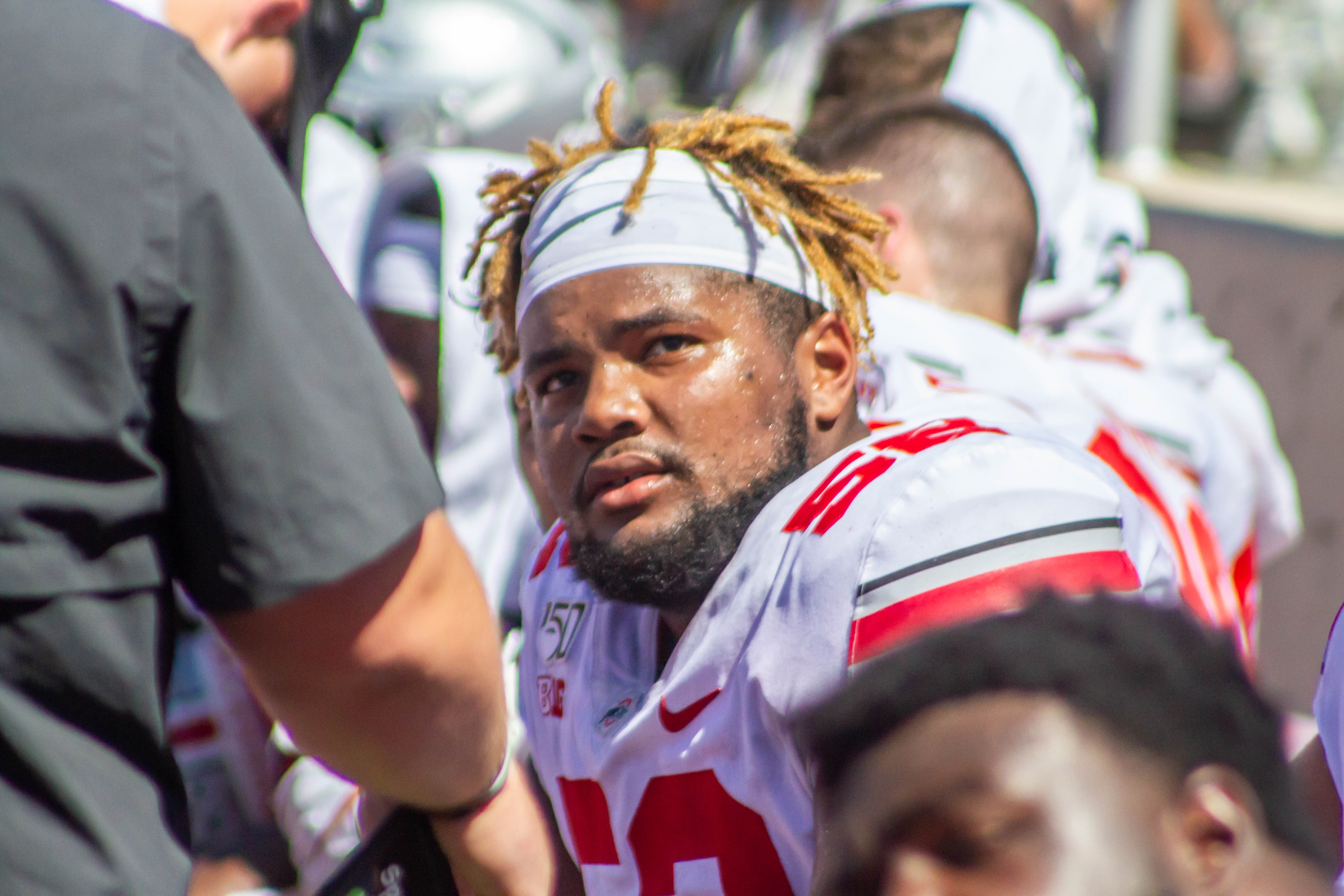 On Friday, Ohio State offensive guard Wyatt Davis officially announced that he will be leaving the Buckeyes in order to enter the 2021 NFL Draft.

Davis tweeted out a statement thanking the fans and the coaches for his three seasons with the program.

Buckeye for life! Cannot thank Buckeye Nation enough for the support the past 3 years. Words can’t explain how much I will miss playing in the shoe! pic.twitter.com/IEVA323HGA

“I decided to attend The Ohio State University because I knew it would be an incredible college experience,” Davis wrote in the statement. “What has transpired over the past few years has exceeded even the highest of expectations.

“I have learned from the most inspiring professors, administrators, assistants, and tutors. I have befriended the greatest alumni, fans and student body. I was taught by the greatest football minds on the planet not only in terms of being a football player, but also being a man. I became brothers with the best teammates in the nation. And I made countless memories that made me the person I am today. I have no words to adequately express my extreme gratitude.

Davis went on to discuss how the COVID-19 pandemic has caused him to ultimately choose to opt out, and that he should be preparing for games instead of having to make this decision.

“I should be in the middle of preparing for our game this week. Instead, due to the events of 2020, I spent the last weeks with my family and coaching staff trying to determine my future,” Davis wrote. “On one hand, playing at The Ohio State has been the experience of a lifetime. On the other, my childhood dream is to play in the NFL.

“After much thought and deliberation and given the uncertainty of our times, I have decided to start preparing for the 2021 NFL Draft.”

Davis started for one full season and was named as a team captain for Ohio State in 2020 and a preseason All-American. In 2019, he was named a First-Team All-American by The Associated Press and Sporting News, with his efforts being enough to place him on Big Ten Network’s Big Ten All-Decade team.

“I am deeply saddened that my time in a Buckeye uniform has been cut short, but promise that my contributions to The Ohio State University are just getting started,” Davis said. “I am committed to earning my degree from The Ohio State and making Buckeye Nation as proud of me as an alumnus as I hopefully did as a player. I am forever proud to be an Ohio State Buckeye!”