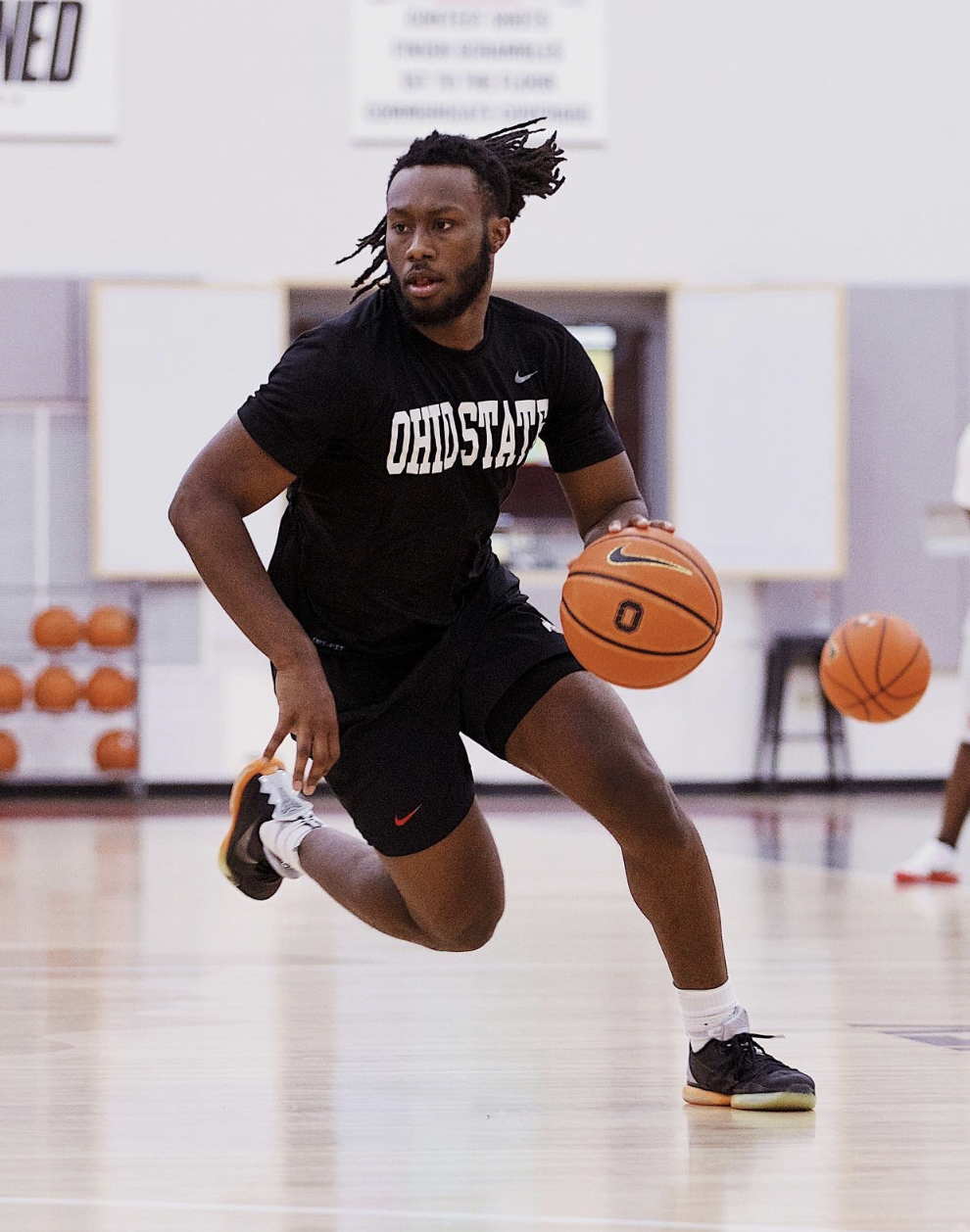 It’s been more than four weeks since Ohio State men’s basketball’s freshmen arrived on campus for summer workouts and the newest Buckeyes are already starting to gain experience within the program.

With about a month of work with head coach Chris Holtmann and company to this point, the newest additions to the Buckeyes’ roster are starting to figure out the demands of college life and basketball at this level. Thornton said the adjustment to college started out difficult, but he has hit the ground running in recent weeks.

“It was rough the first week, getting my feet wet. But, everybody has come together and we’ve become very cohesive,” Thornton told reporters at the Kingdom Summer League on Sunday. “I love my team no matter what. The season hasn’t even started yet, but I already love them. I feel like we’ve got big things ahead of us.”

Thornton pointed to consistency as the hardest part of his adjustment period, specifically in terms of conditioning and balancing the day-to-day aspects of summer practices.

Sensabaugh said adapting to life at Ohio State has been enjoyable and that he has picked up lessons both on and off of the court in his short time on campus.

“It’s been really fun. Ohio State is my dream school, and coming here and actually experiencing it day-by-day, it is nothing short of what I expected,” Sensabaugh said. “I’m continually growing, staying in the gym, and getting advice everyday.”

Thornton, Sensabaugh and Okpara have already started to make a name for themselves in the Columbus basketball scene. The trio of four-star prospects played alongside or against former college greats such as Jared Sullinger, Ron Lewis and Trey Burke and current Buckeyes Zed Key and Kalen Etzler at the Kingdom Summer League on the campus of Ohio Dominican University on Sunday. Sensabaugh had the most notable performance out of the trio, torching Burke and former Buckeye Andre Wesson’s team for 51 points while showing off his ability to score at all levels of the floor and athleticism with a highlight reel windmill dunk.

While Columbus basketball fans have already had the opportunity to see Sensabaugh show out, he said he was just trying to have fun and work on his game.

In terms of practicing with the team, Sensabaugh emphasized that he’s picked up a lot from Holtmann and the coaching staff and is trying to expand his offensive arsenal to fit the college game.

“A bunch of the stuff that I’m doing is just stuff I’m learning and picking up in practice. I’m playing at a way higher pace than I was in high school,” Sensabaugh said.

Okpara has already had battles with Etzler and Key, squaring off against Etzler at the Kingdom Summer League and Key in practice. The 6-11 center is known for his ability to block shots and has made that evident to Key, who said they’ve had physical battles in practice to this point.

As Key steps into a leadership role in his third season with the program, he emphasized that it’s his job to help acclimate the freshmen to college life and basketball at this level.

In terms of an assessment of this freshman class, Key said he’s liked what he’s seen to this point from the young bucks.

“All the freshmen have their own little quirks,” Key said. “They’re really good. I’m looking forward to playing with them.”