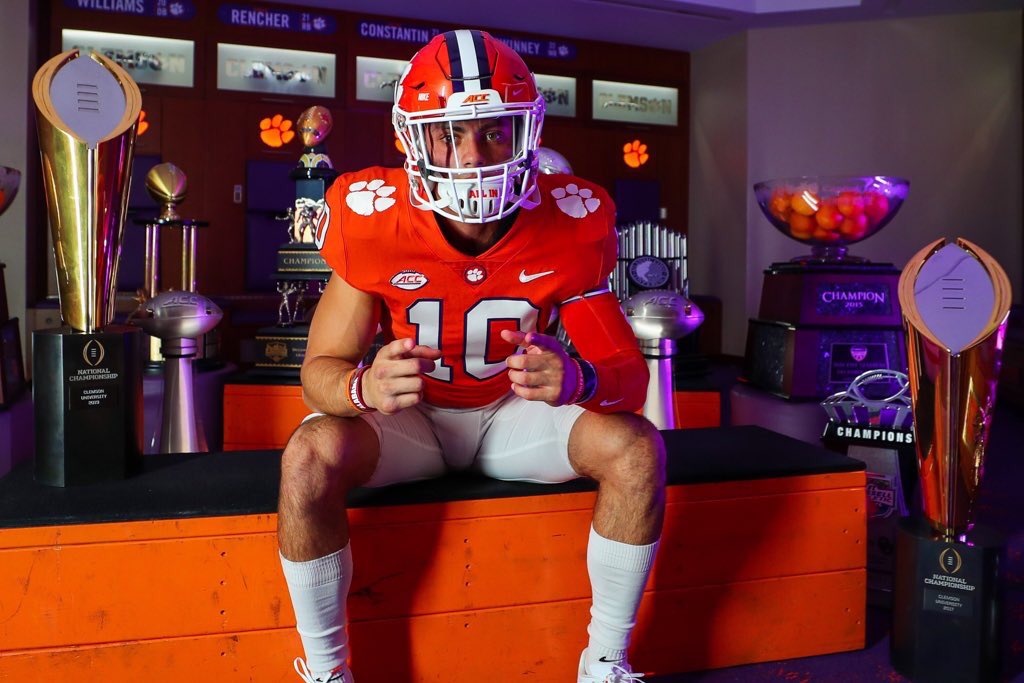 Though Ohio State was at one point considered the favorite to land a commitment from Fort Lauderdale (Fla.) Cardinal Gibbons four-star wide receiver Troy Stellato, he pledged his services to Clemson on Friday afternoon.

The Buckeyes were among the first programs in the country to show interest in Stellato, who is considered the 22nd-best wide receiver and No. 125 prospect overall in the class of 2021, welcoming him and his parents to campus for an unofficial visit during for the spring game in April 2019. He returned for another unofficial for a one-day camp in mid-June, at which time he worked directly with Ohio State wide receivers coach Brian Hartline.

Stellato finally landed an offer from Ohio State in September, and then made his most recent trip to Columbus for the Buckeyes 34-10 win over Michigan State on Oct. 5. He spent a considerable amount of time that weekend with Hartline and offensive quality control coach Kennan Bailey, who is also a South Florida native, and that seemingly put Ohio State at the forefront of his recruitment.

Clemson officially entered the race for Stellato when the Tigers coincidentally extended a scholarship offer that same day. He made his first trip to Clemson for the Tigers’ 52-3 win over Wake Forest in November.

Stellato named a top six of Alabama, Clemson, LSU, North Carolina, Ohio State and USC in December, then trimmed that list to just the Buckeyes and Tigers following another trip to Clemson for the Tigers’ Junior Day in March. His plan was to take his official visits in the spring before making a final decision, but that was put on hold amid the coronavirus outbreak.

Stellato tentatively set an official visit for June 12, which the Buckeyes had hoped to turn into a rather large recruiting weekend, but the NCAA’s decision to extend the dead period through the end of July put an end to that. It was at that point that Stellato began to trend toward Clemson.

Ohio State currently holds commitments at wide receiver from Massillon (Ohio) Washington four-star Jayden Ballard and Philadelphia St. Joseph’s Prep four-star Marvin Harrison, and hopes to add one more player at the position. Steliacoom, Wash., five-star Emeka Egbuka is far and away the staff’s top target, and the Buckeyes hold 100 percent of the 247Sports crystal ball predictions as he heads toward a potential summer decision.