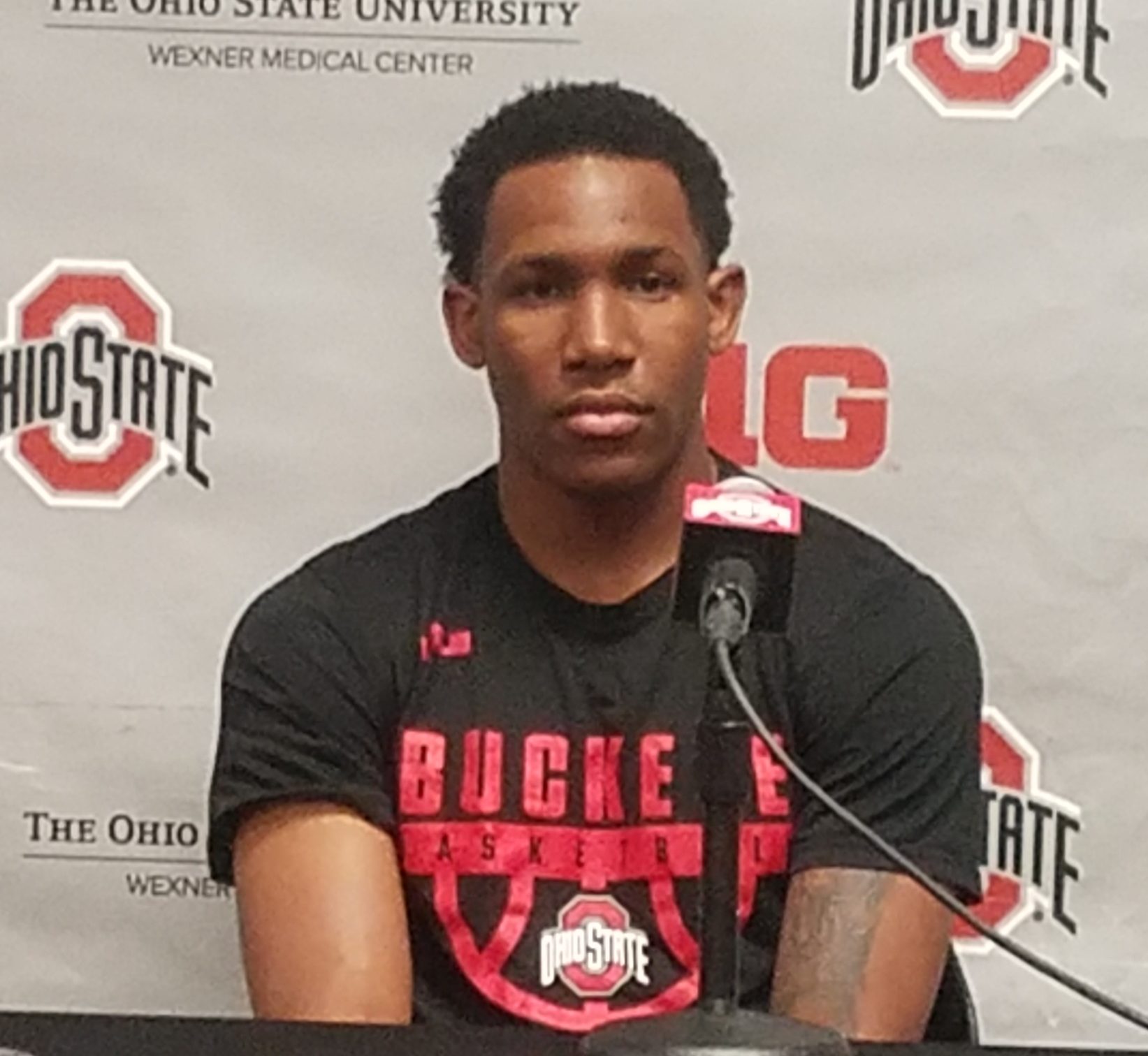 The Big Ten-ACC Challenge continues to be a problem for Ohio State.

The No. 16-ranked Buckeyes fell for the fifth straight time in the conference series on Wednesday, losing 72-62 to Syracuse at home. Ohio State shot just 32.6 percent from the field in the loss while the Orange converted on 48.9 percent of their shots from the field, including 11-of-24 from the three-point line.

The Buckeyes opened by hitting their first four shots against the vaunted Syracuse zone and took an early 16-9 lead after a pair of Andre Wesson jumpers in the middle of the lane.

However, the Orange would rattle off an 8-1 run to knot the game at 17 with 8:49 to play in the first half as the Buckeyes went more than five minutes without converting a field goal attempt.

The rest of the first half featured a back-and-forth affair that saw C.J. Jackson lead all scorers with 11 points, as the Buckeyes took a 31-29 lead into halftime. Jackson finished with 19 in the loss.

Syracuse opened the second half on a 12-5 spurt to take a 41-36 lead before Keyshawn Woods splashed a three-pointer and Kyle Young muscled in a layup to knot the game back up at 41 with 14 minutes to play.

From there, the Orange went on an 14-4 run to take its largest lead of the game at 55-45. During that stretch, Kaleb Wesson picked up his fourth foul, sending him to the bench with 10:02 to play. He returned less than two minutes later though and finished with 13 points on 1-of-8 shooting, with 11 of his points coming from the charity stripe.

Ohio State cut a 12-point deficit to six with just 2:56 to play, however the Orange collected enough stops down the stretch to seal the win. During Syracuse’s final run, Buckeye guard Luther Muhammad was taken to the locker room with what appeared to be a shoulder injury. He did not return and finished with five points and six assists.

Fouls were a problem for both teams throughout the game, as three players from Syracuse fouled out. Both Marek Dolezaj and Bourama Sidibe fouled out in the second half for the Orange. Dolezaj finished with eight points in 25 minutes of action while Sidibe went scoreless in just 12 minutes of play. Guard Frank Howard also fouled out in the second half, finishing with eight points in 24 minutes.

The Buckeyes are set to return to the court Dec. 2 to take on Big Ten foe Minnesota at the Schottenstein Center. Tip is set for 7 p.m. and will be televised on the Big Ten Network.