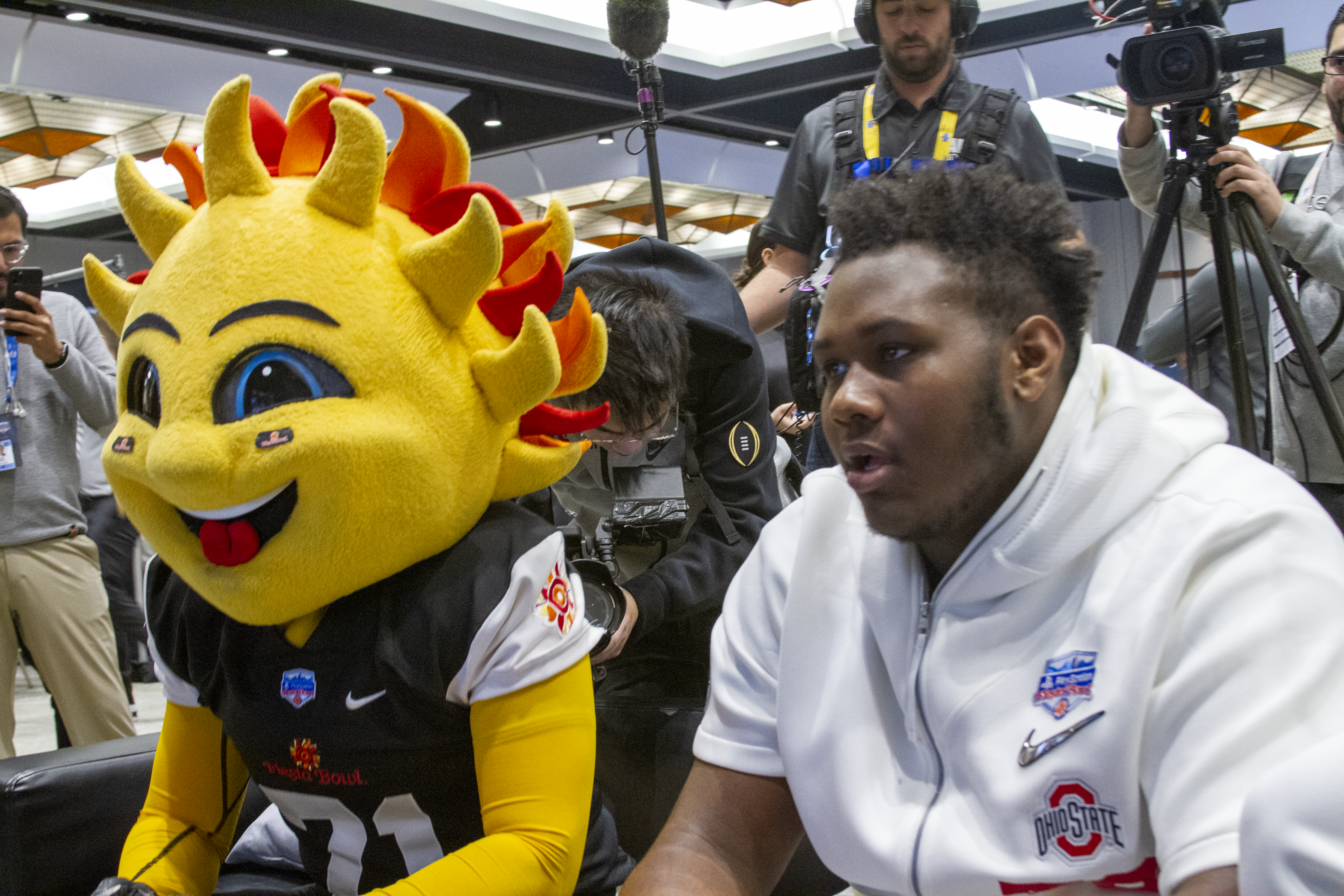 After injury problems hampered Ohio State through much of the final stretch of the season, the Buckeyes enter Saturday’s battle against Clemson as healthy as they’ve been since the start of the season.

Per the official depth chart release from the university, there are no surprise injuries or game-time decisions for Ohio State, with the only injuries coming from players that have missed much of the season with injuries (WR C.J. Saunders, OG Gavin Cupp, RB Marcus Crowley, WR Ellijah Gardiner, S Ronnie Hickman, DT Taron Vincent, WR Kamryn Babb and DT Noah Donald).

That means that Shaun Wade, who missed Ohio State’s game against Michigan and wasn’t 100 percent against Wisconsin; Justin Fields, who has been dealing with a knee injury and Damon Arnette, who has played with a wrist cast all season will all be full go for the Buckeyes.

Fields, while not listed as anything other than fully healthy, could still be a question mark. He said earlier in the week that his knee was not where he wanted it to be.

“My knee’s probably not where I want it to be right now,” Fields said. “But I think with treatment every day and just resting it every day, hopefully, it will be better by the game.”

Fields walked that back a bit the next day, stating that he would not field any more questions about his health.

“The coaches didn’t tell me to talk about it (before) — now they have,” Fields said. “I’m just going to listen to them and not talk about it.”

Head coach Ryan Day spoke on Friday about the importance of the time off prior to the semifinal.

“I think at this time of the year, coming off those three games at the end of the year, it was great to have a little bit of a break to catch our breath,” Day said. “But it is great to have everybody healthy. That means a lot late in the season. It’s been a unique year that way where we were able to get the guys some rest early in the season, but then we had that tough run down the stretch, and that’s really where it became March Madness.” 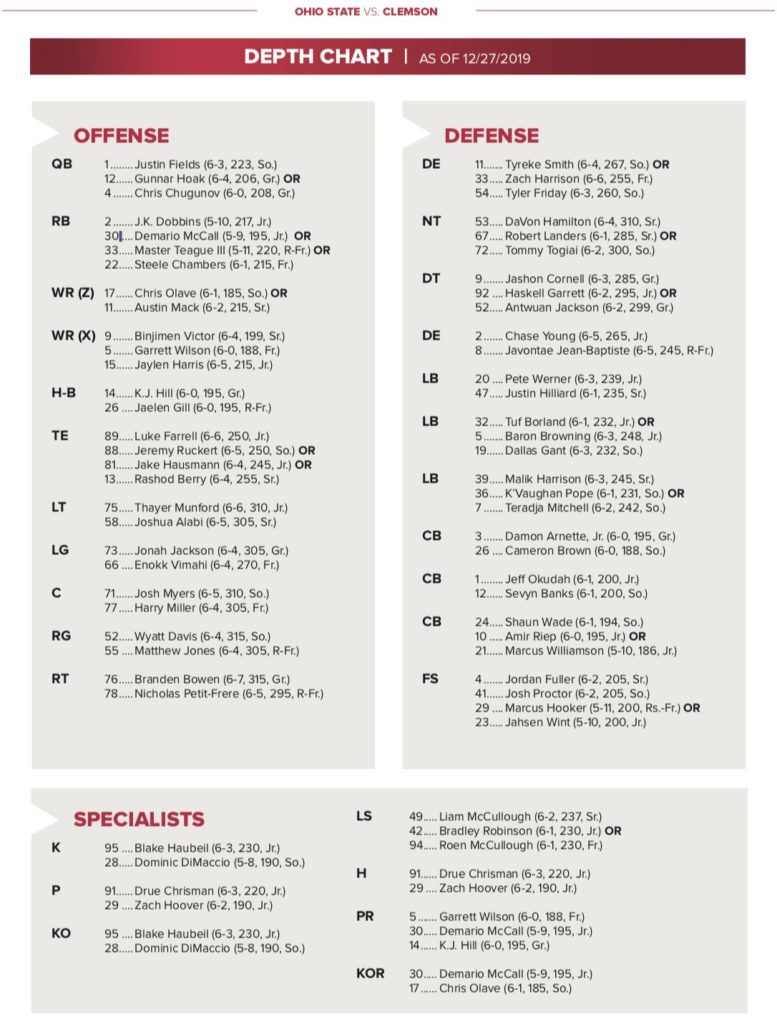