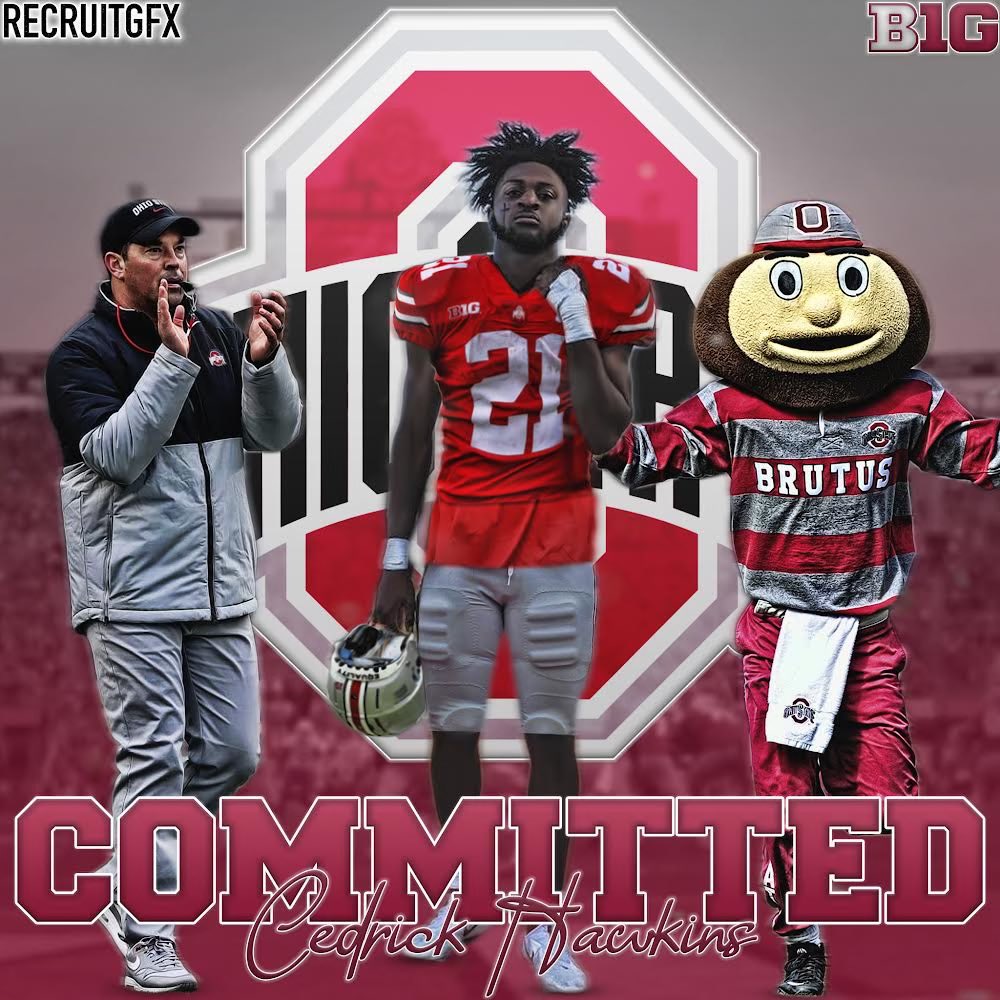 Ohio State has earned its third commitment in the class of 2023, as Titusville (Fla.) Cocoa four-star safety Cedrick Hawkins (5-11, 165) issued a verbal commitment to the Buckeyes during the Rose Bowl.

Hawkins is rated as the No. 226 overall prospect in 2023 and the No. 20 safety in his class. He held offers from Cincinnati, Florida, Florida State, Kentucky, Miami (Fla.), Ole Miss, Penn State and Tennessee, among others.

The Buckeyes offered Hawkins in June after he camped at Ohio State as told On3 Sports that he loved everything about his visit.

“I gave coach (Tony) Alford a call a couple of days ago and told him about my decision,” he said. “Ohio State is where I want to go.”

Hawkins cited Ohio State’s player development as a key factor in his decision.

“Ohio State is going to get me where I want to go,” he said. “I want to get to the NFL, and they have the great coaches to get me there.”