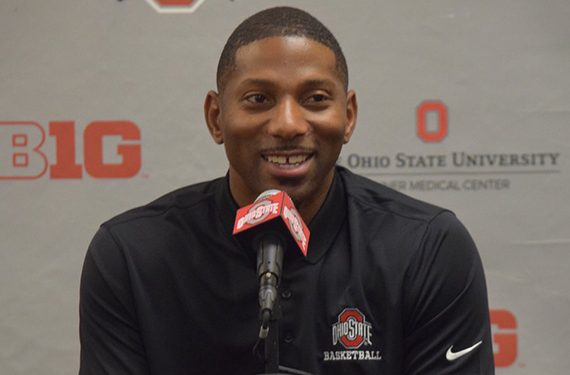 After two seasons as the director of recruiting and player development at Ohio State, Scoonie Penn has accepted a job as an assistant coach with the Memphis Grizzlies.

“It gives me great excitement to announce our Memphis Grizzlies coaching staff,” Jenkins said in a press release Monday afternoon. “With Niele, Brad, David, Scoonie, Vitaly and Neven, we welcome an experienced group of coaches who have had success at all levels of basketball as both players and coaches. Their experiences at the collegiate, international, G League and NBA levels will benefit everyone in our organization. Above all else, I am thrilled to work with great people who will help build a competitive, unselfish, development-focused and positive environment for our players.”

A point guard at Ohio State from 1998-2000, Penn was a two-time All-Big Ten selection, the conference’s player of the year in 1999 and second-team All-American in 2000. He averaged 16.3 points, 4.3 assists and 4.1 rebounds per game, helping the Buckeyes advance to the Final Four in 1999 — though that was later vacated by the NCAA due to former head coach Jim O’Brien’s transgressions.

Penn was drafted by the Atlanta Hawks in the second round of the 2000 NBA draft, but played professionally in Europe for 11 seasons. He was voted into the Ohio State Athletics Hall of Fame in 2013.

Penn was added to Chris Holtmann’s staff in July 2017, about a month after the latter was hired as head coach. His role included hosting recruits and maintaining relationships with former players.

In addition to his duties at Ohio State, Penn was the head coach of Scarlet & Gray, a collection of former Buckeyes who tried to win $2 million in The Basketball Tournament. He was expected to remain in that role this summer (the team changed its name to Carmen’s Crew), but he was instead replaced by former Ohio State center Jared Sullinger at the last minute.

This explains his absence.