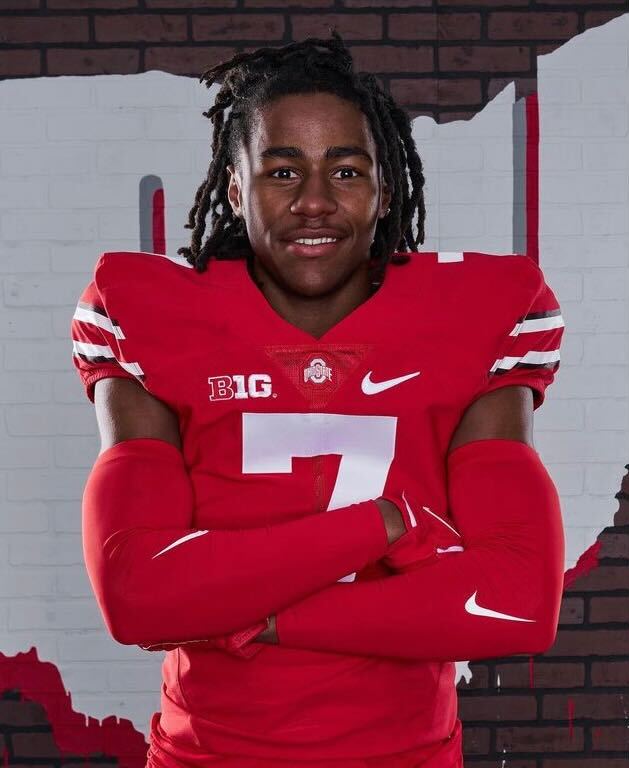 Mathews committed to the Buckeyes in a ceremony at his high school, choosing Ohio State over his other top schools that included Alabama, Cincinnati, Jackson State, LSU and Oklahoma.

He is the No. 373 overall prospect and is listed as the No. 24 athlete in 2023. While his spot in the rankings might not indicate elite talent, he has an impressive list of offers that included Penn State in addition to other top schools.

Mathews’ tape shows a penchant for play recognition as well as a long frame that makes him particularly efficient in coverage and at attacking the ball. As a junior for Winton Woods, he pulled down four interceptions and forced three fumbles, and in general always seems to be around the ball.

The Buckeyes offered Mathews after he camped earlier this summer, and he made it on campus for an official visit just a couple of weeks later. He had previously visited Columbus in the spring.

With Mathews’ commitment – the 16th of this cycle for the Buckeyes – Ohio State has extended its lead in the 247Sports team composite rankings with a team score of 269.08, ahead of second-place Notre Dame, which has a team score of 262.78, also with 16 commitments in the class.