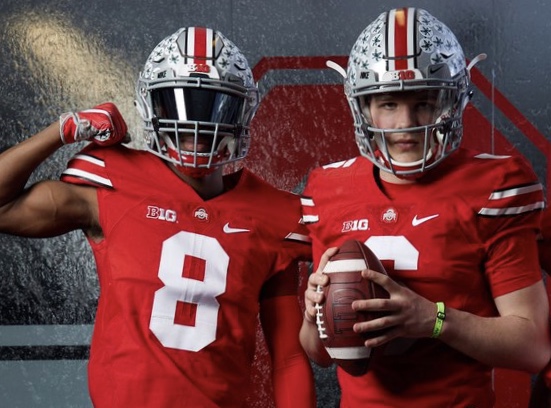 “After much careful thought, consultation and prayer, a decision has been reached that all of our high schools will opt out of participation in interscholastic competition for the fall 2020 season,” the league said in a statement. “We recognize that this news is disappointing to many of our students, families and coaches, particularly our seniors. It saddens us greatly, as well. We recognize the value of athletics as part of our educational philosophy that seeks to provide the holistic formation of young men and women of character. This is not the scenario any of us desired.”

Philadelphia St. Joseph’s Prep — winners of back-to-back and four of the last six state titles — is reportedly exploring its options of playing as an independent this fall since the school is not under the auspices of the Archdiocese of Philadelphia, which oversees most of the schools in the Philadelphia Catholic League.

If the Hawks do wait until the spring to play, though, they’ll do so without Harrison and McCord who are set to graduate early and enroll at Ohio State in January. The duo would then join the likes of Pickerington (Ohio) North five-star defensive end Jack Sawyer; Hopewell, Va., five-star running back TreVeyon Henderson; Cornelius (N.C.) William Amos Hough four-star run- ning back Evan Pryor; Suwannee (Ga. North Gwinnett four-star cornerback Jordan Hancock; and Aurora (Col.) Cherokee Trail three-star tight end Sam Hart in sitting out their respective senior seasons.

While Harrison — the No. 88 prospect overall in the class of 2021 — will enter a stacked wide receivers room upon his arrival in Columbus, McCord — who is considered nation’s third-best pro-style quarterback — will presumably be locked in a three-way battle with returning freshmen Jack Miller and C.J. Stroud to replace Justin Fields, who is widely expected to enter next year’s NFL Draft. Whether that competition happens in a winter/spring season or next fall remains to be seen, however.