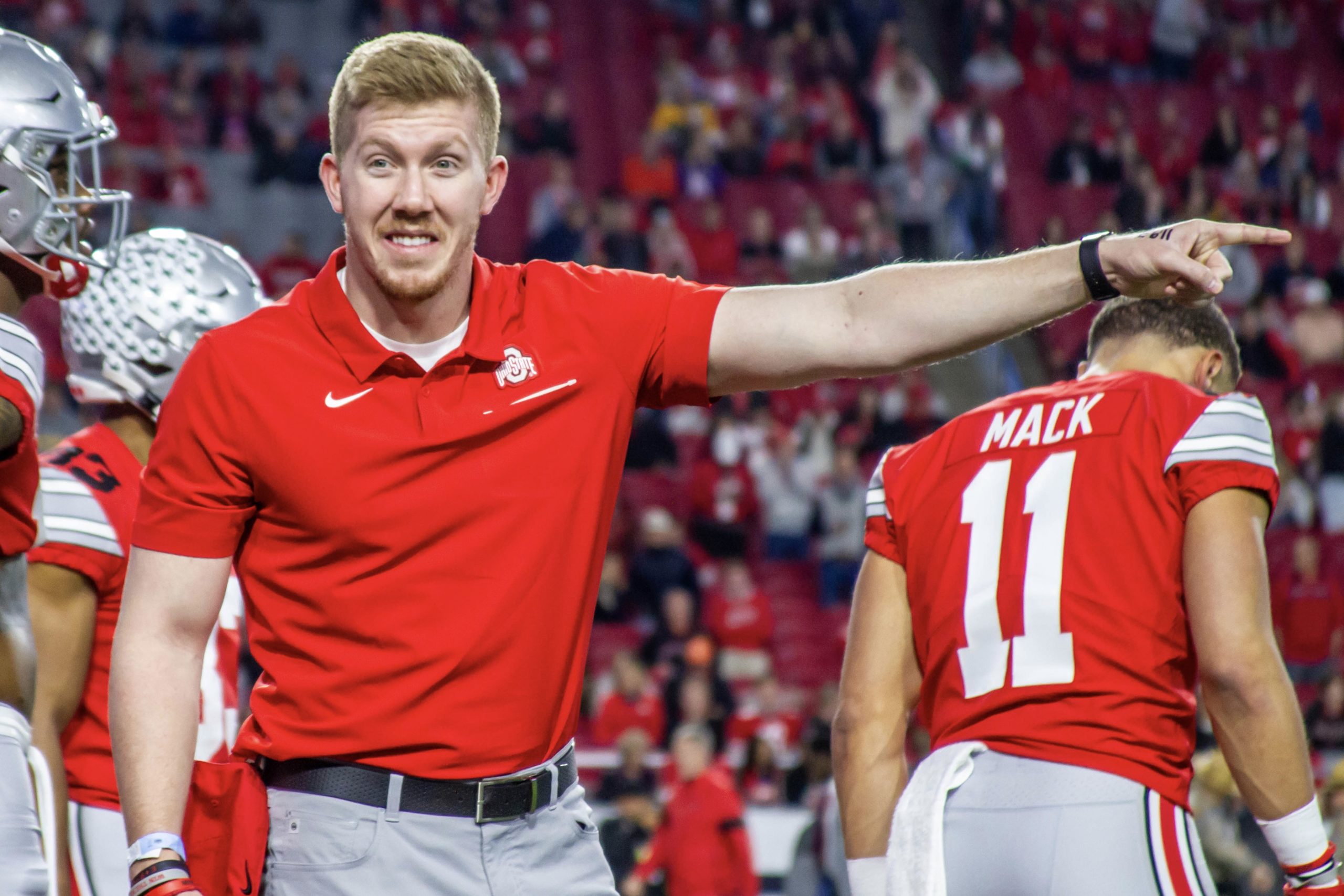 Ohio State had two assistants, as well as two others with Ohio State ties, named to 247Sports’ 30Under30 list, which highlights 30 coaches under the age of 30 that are impressing across the country in college football.

Quality control coach Keenan Bailey and quarterbacks coach Corey Dennis were both mentioned in the list, which does not rank the top 30, instead listing them in alphabetical order.

According to an Ohio State source in the article, Bailey “will be the next guy to get a big job from Ohio State.”

Dennis, who is 27, was named to his position after the previous quarterbacks coach, Mike Yurcich, took a job at Texas under another former Ohio State coach in Tom Herman.  After being at Ohio State for five seasons as an off-field assistant, the son-in-law to former Buckeye head coach Urban Meyer is “on a quick coordinator track,” according to the article.

The article also mentions Boston College linebackers coach Sean Duggan, 27, who left his spot as a graduate assistant to join the Eagles, following Jeff Hafley, who was hired as Boston College’s head coach after one season as Ohio State’s co-defensive coordinator and secondary coach.

The other coach with ties to the Buckeyes is Kenny Guiton, who played quarterback for Ohio State from 2009-13. Guiton, now 29, has coached at Houston on two separate occasions, Texas, and at Louisiana Tech last year before his new position as passing game coordinator and wide receivers coach at Colorado State.