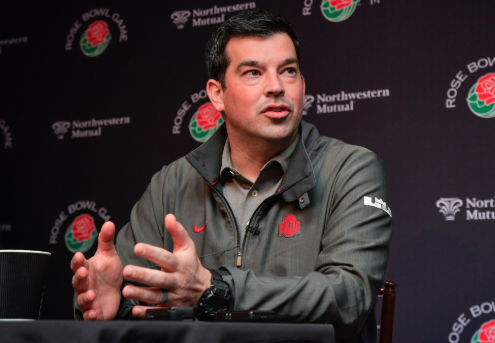 Day will also receive a $1,200 per month vehicle stipend; a golf membership to a mutually agreed-upon course; access to a private jet for recruiting purposes (50 hours) and personal use (50 hours); 12 football tickets, five press box credentials, two parking passes and a suite to each home football game; and two tickets to each home basketball game.

Day — who replaces former head coach Urban Meyer — made $400,000 during his first season as Ohio State’s offensive coordinator and quarterbacks coach in 2017. He was given a $600,000 raise and made $1 million in 2018, but also received a $487,000 lump-sum payment for filling in as interim head coach during Meyer’s three-game suspension last season.