Ohio State Basketball Back in Action Saturday After 10-Day Layoff 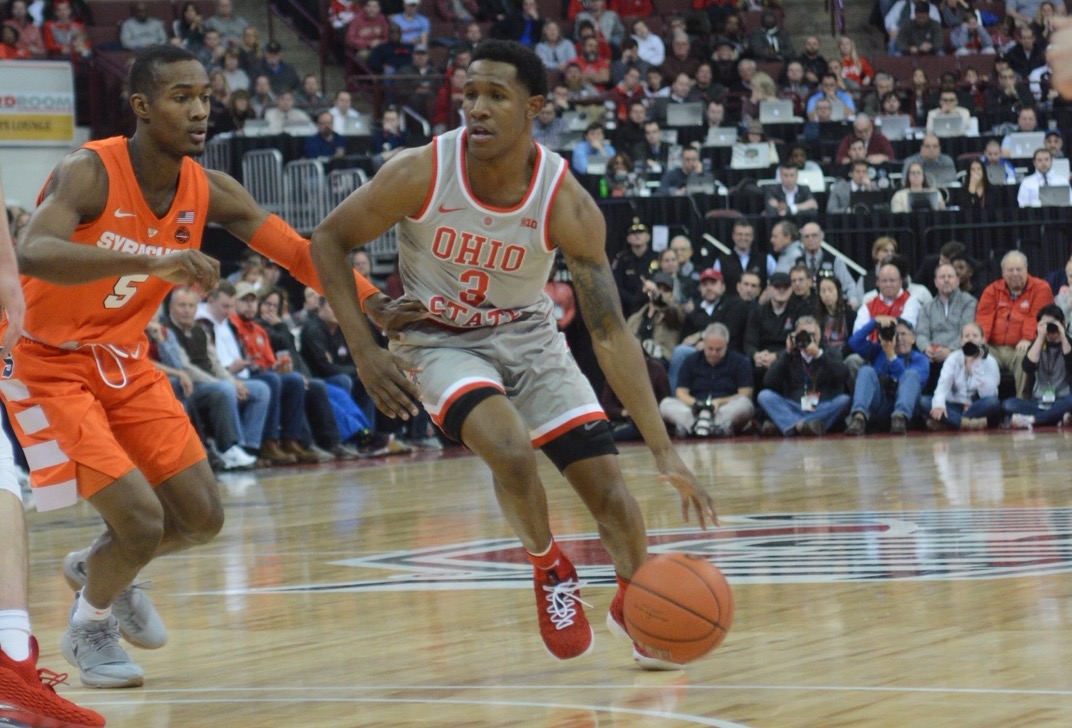 For the first time in 10 days, Ohio State basketball is back in action.

The Buckeyes are set to host Bucknell on Saturday at noon, and head coach Chris Holtmann is hopeful that his team won’t have too much rust after an extended layoff due to final exams.

“You’re always anxious as a coach coming off of a 10 or 11-day layoff. It is always something where you’re wondering about your players. You’re worried about rust, their game conditioning and all of that,” he said. “There is always a significant layoff around finals because of how important that week is, but it’s an anxious time for coaches.”

Holtmann’s squad sits at 8-1, 2-0 on the young season with four non-conference games left on the schedule before the Buckeyes dive back into conference play on Jan. 5 against Michigan State.

Before Ohio State can look ahead to the conference slate or even a matchup against UCLA on Dec. 22 in Chicago, the Buckeyes have to take on the Bison on Saturday. Bucknell is 4-3 on the year, but is coming off a season in which it played in the NCAA Tournament, losing by just four to Michigan State in the first round.

Holtmann had nothing but positive things to say about the Bison on Friday as he previewed the upcoming tilt.

“They have a tremendous program. Have been to back-to-back NCAA Tournaments. They won 16 games in the Patriot League last year,” he said. “They have a veteran group back. They lost some players, but they are well coached, organized and talented.

“When we were looking at putting our schedule together, you’re looking to have games like this where you’re playing teams that the common fan may not know about but are consistent NCAA Tournament teams,” he added. “That was the reason for scheduling them. It is going to be a great challenge.”

The Bison are led by center Nate Sestina, who is averaging an even 17 points and nine rebounds per contest.

After a 10-day layoff, Holtmann also confirmed that all of his players are healthy and eligible after final exams. Luther Muhammad, who missed Ohio State’s 20-point win over Minnesota on Dec. 2 returned to action against Illinois on Dec. 5 and scored six points. He suffered a dislocated shoulder in a 10-point loss to Syracuse on Nov. 28, but Holtmann said Muhammad is practicing and playing with no limitations and that the shoulder has not bothered him over the last week.

The noon tip at the Schottenstein Center is set to be televised on Big Ten Network.