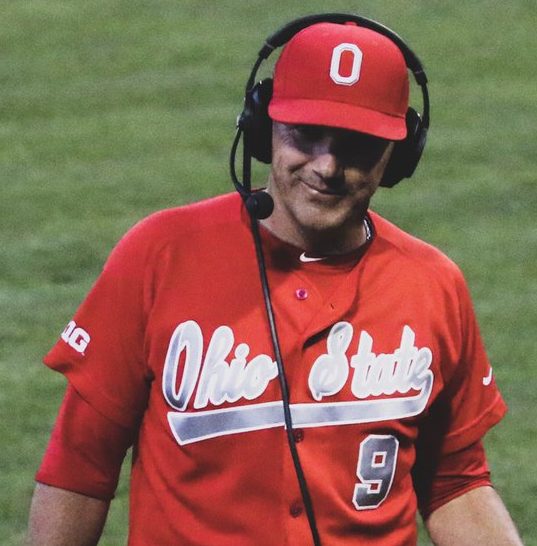 Ohio State announced on Friday afternoon it has approved a three-year contract extension for head baseball coach Greg Beals that will keep him in the Buckeyes’ dugout through at least the 2023 season.

“I want to thank (athletic director) Gene Smith and (associate athletic director) Shaun Richard for their continued trust in me to lead this storied program,” Beals said in a statement. “I am excited about the future and preparing for the next championship.”

The 49-year-old Beals just concluded his ninth season at Ohio State by leading the Buckeyes to a Big Ten tournament championship and an NCAA Regional appearance. It was the team’s second conference title and third trip to the regional tournament in the last four seasons.

“We appreciate Coach Beals and the leadership he brings to the Ohio State baseball program with our student-athletes, alumni and the entire state of Ohio,” Richard said. “He led a young, talented ball club to a championship season and another NCAA Regional appearance this spring. We look forward to him continuing to push this program as we strive to achieve the next step in advancing to a Super Regional and beyond.”

Ohio State finished the 2019 regular season at 31-24 (12-12 in the Big Ten) and became the lowest seed ever to win the conference tournament (No. 7). The run ended in the Nashville Regional of the NCAA Tournament, where the Buckeyes dropped the opener against No. 2 overall seed and host Vanderbilt, rebounded for a win over McNeese and were then eliminated by Indiana State.

During his time in Columbus, Beals — who holds a 297-230-1 record at Ohio State —has produced 36 All-Big Ten honorees, 22 MLB draft picks and three All-Americans. Among his most recent draft picks, outfielder Dominic Canzone was selected this week by the Detroit Tigers in 8th round of the 2019 MLB Draft and left-handed pitcher Andrew Magno was taken by the Arizona Diamondbacks in the 15th round.