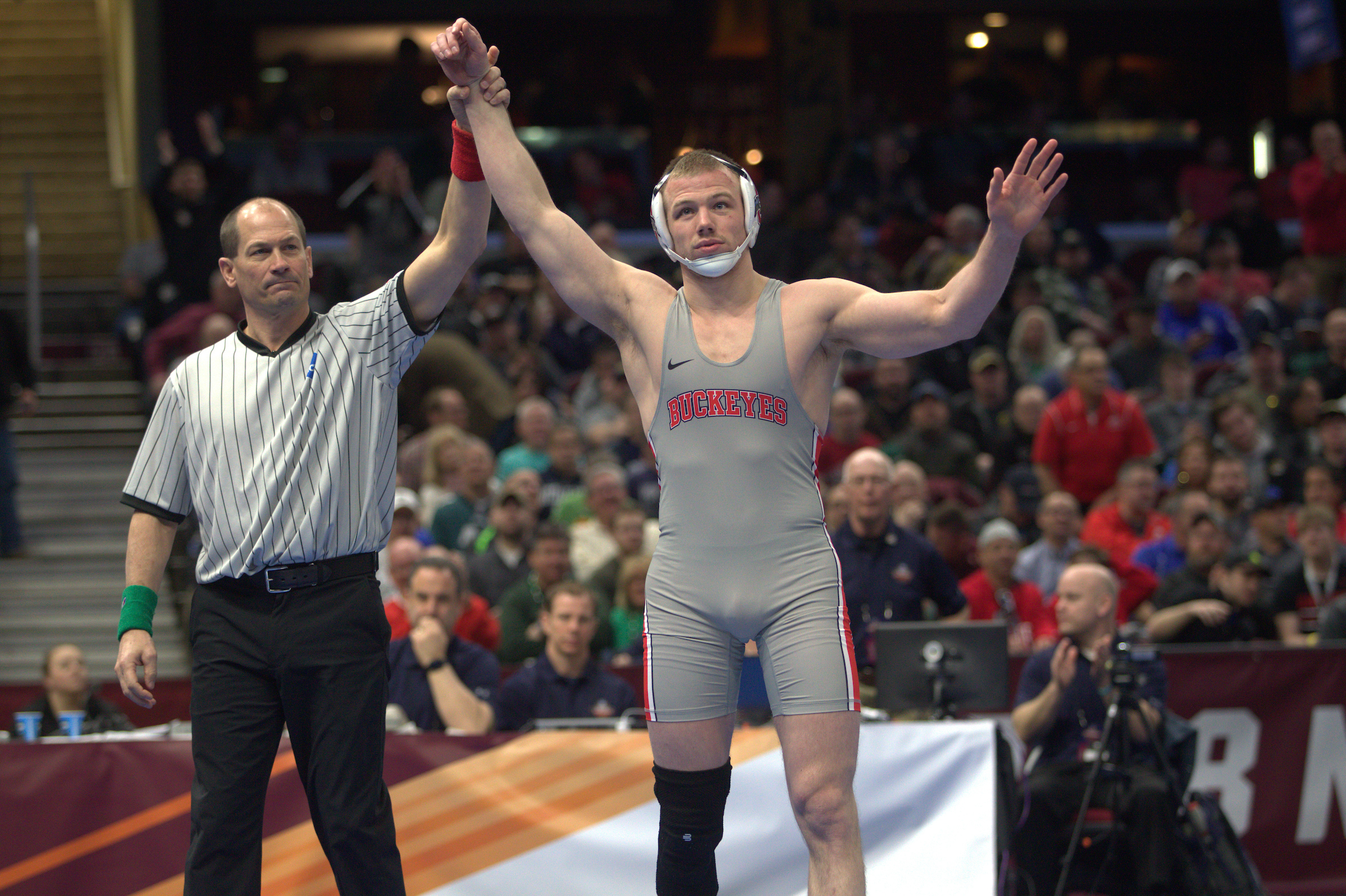 Ohio State wrestling coach Tom Ryan is going to have a pair of familiar faces on his staff this season. The Buckeyes announced on May 6 that volunteer assistant coach Bo Jordan is being promoted to a full-time assistant role, and that Logan Stieber is stepping into an assistant coach position as well, though he’ll maintain his status as the head of the Ohio Regional Training Center.

“I couldn’t be happier with the composition of our staff. Adding a wrestler of Logan’s caliber is obviously amazing but it’s his overall being that should excite Buckeye Nation,” said Ryan. “He is extremely knowledgeable, well respected and just an all-around great person. Promoting Bo Jordan was equally important to our program. I’m happy to be able to recognize the job he has been doing and look forward to his continued growth as a great coach.”

Both are former wrestlers under Ryan, and will join J Jaggers on the full-time staff after the departure of Tervel Dlagnev in March.

Jordan has worked as a volunteer assistant since the end of his Buckeye career in 2018. A former middleweight himself – and a former four-time All-American at 174 pounds at that – Jordan focused primarily on the middleweights as a coach and worked directly with his younger brother, Rocky, a current member of the team. Current 174-pounder Kaleb Romero was considered one of the team’s best wrestlers in 2020.

Stieber was a four-time champion for the Buckeyes and wrestled in the 141-pound range, though he went lighter, down to 61 kilograms on the international stage and was a world champion for the United States national team in 2016. He was a four-time title winner for the Buckeyes and has helped coach freestyle with the Ohio RTC since 2015. His .975 winning percentage (119-3) is the highest in Ohio State program history.

“Although Logan has been involved in our Freestyle program since graduating in 2015, it is great to be able to add him to our staff in an official capacity,” Ryan said. “He is someone who loves the Buckeyes with all of his heart, and I have no doubt he will step in and be a fantastic collegiate coach”