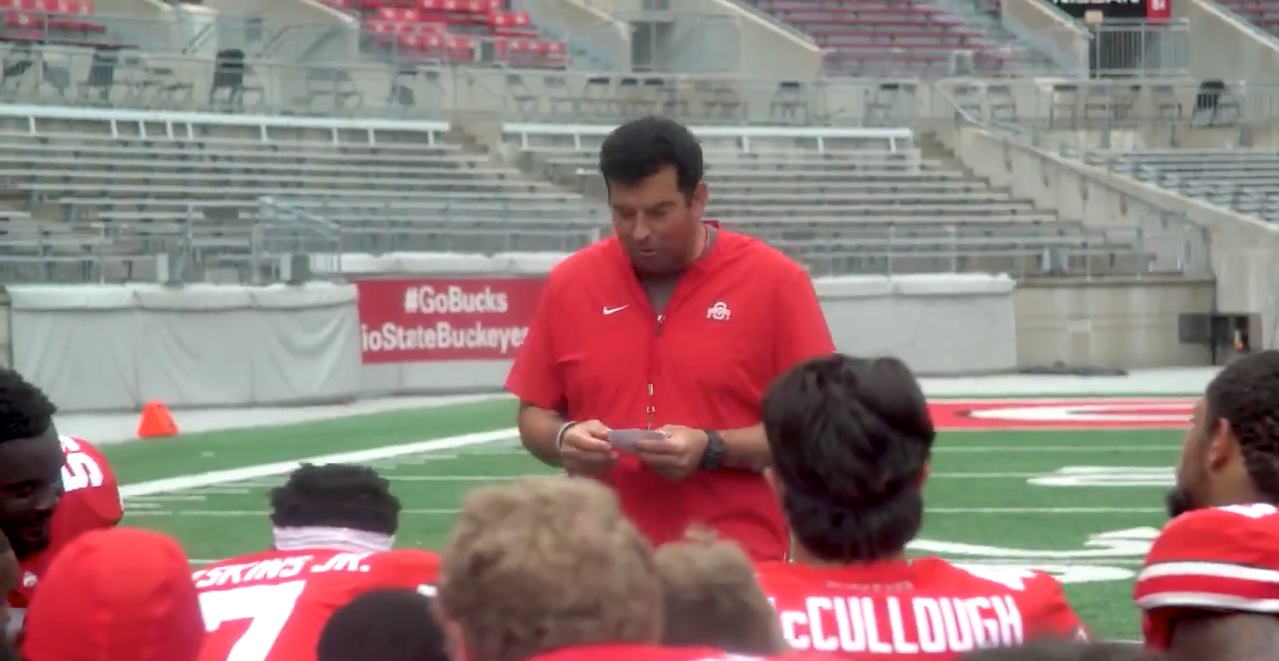 After Ohio State completed its sixth straight practice of the week Saturday when the Buckeyes scrimmaged with game jerseys inside Ohio Stadium, where they open the 2018 season Sept. 1 against Oregon State at noon on ABC, acting head coach Ryan Day revealed OSU’s seven team captains.

Day, who remains in charge of the Buckeyes while head coach Urban Meyer serves a three-game suspension without pay, unveiled OSU’s captains after results from the team’s vote were counted.

Campbell and McLaurin were captains as juniors among the nine named by Ohio State in 2017. Fuller, Dixon, Bosa, Prince and Borland each take the title for the first time in 2018.

The Buckeyes voted Friday, resulting in Campbell as the top vote getter overall — Dixon was just one behind — while Fuller led with the most defensive votes.

“We talked about what a special team this could be,” Day said. “These are the leaders right here. You’ve got to set the example moving forward. We’re going to talk (about) what that means tonight, but congratulations, 2018 Ohio State Buckeye captains.”