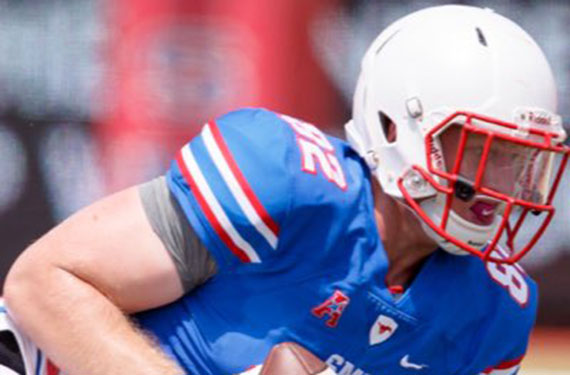 The 6-3, 260-pound Rau was a three-star prospect from Katy (Texas) Cinco Ranch with scholarship offers from Houston, Minnesota and Washington. He played in six career games over four seasons with the Mustangs but did not record a single reception.

Rau, an American Athletic Conference All-Academic selection, entered the transfer portal in August. He is pursing a master’s degree in sports coaching after graduating from SMU with a degree in sports management.