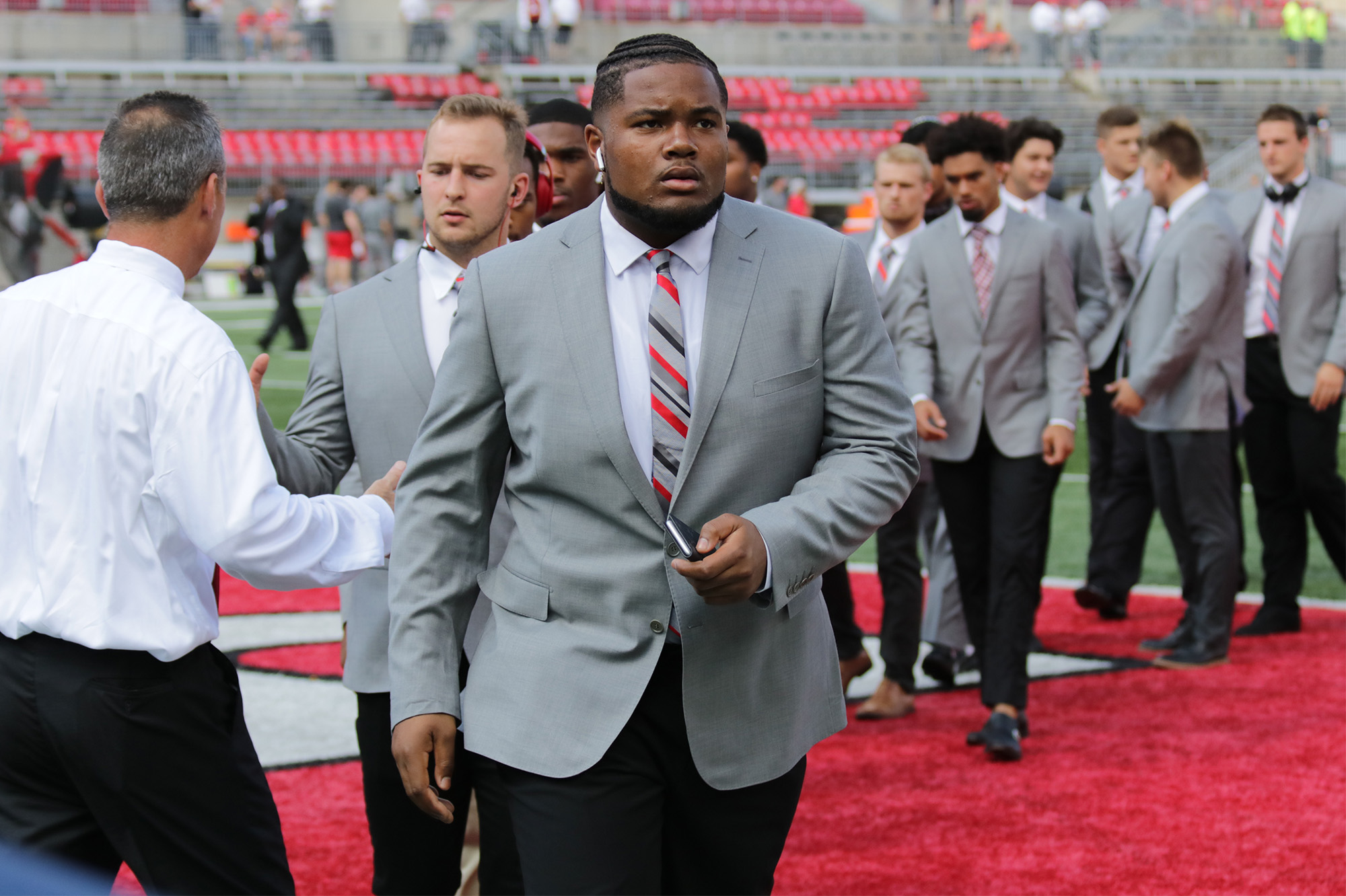 It’s no secret that the Ohio State run game is struggling. The Buckeyes have rushed for less than 100 yards in two straight games, and the lack of a ground attack contributed to a 49-20 loss at Purdue last week.

Now the Buckeyes are off for a week, giving them a chance to evaluate all aspects of the issue – scheme, execution and personnel.

“I think that we’ve had really good plays and had some other plays that we wish we had back,” offensive coordinator Ryan Day said. “That’s why we’re going through not only last week’s game, but the whole season during the bye week and going through and assessing all that.

“Like I said before, you have to do a good job of assessing if it’s execution, personnel or scheme.”

In addition to addressing scheme issues and working with the starters, the off week provides a chance for younger players to get more reps. At offensive line, that means players like center Josh Myers and guard Wyatt Davis – both redshirt freshmen – could have a chance to push for playing time.

“What’s good about the bye week is all of those guys can practice and get meaningful reps right now,” Day said. “I thought some of those guys had really good days of practice (Tuesday). The more those guys get on the field this week, we’ll take a look at it at the end of the week and kind of assess it from there.”

That said, both Day and offensive coordinator/tight ends coach Kevin Wilson noted this week that the younger players have been making strides. They also noted that if a backup proves they’re playing at a higher level, then they’ll see the field.

Normally, the twos might not get enough reps during the season to push for a starting spot. With the off week for Ohio State, they’ve had that chance.