Observations On Offense From Ohio State Practice No. 8 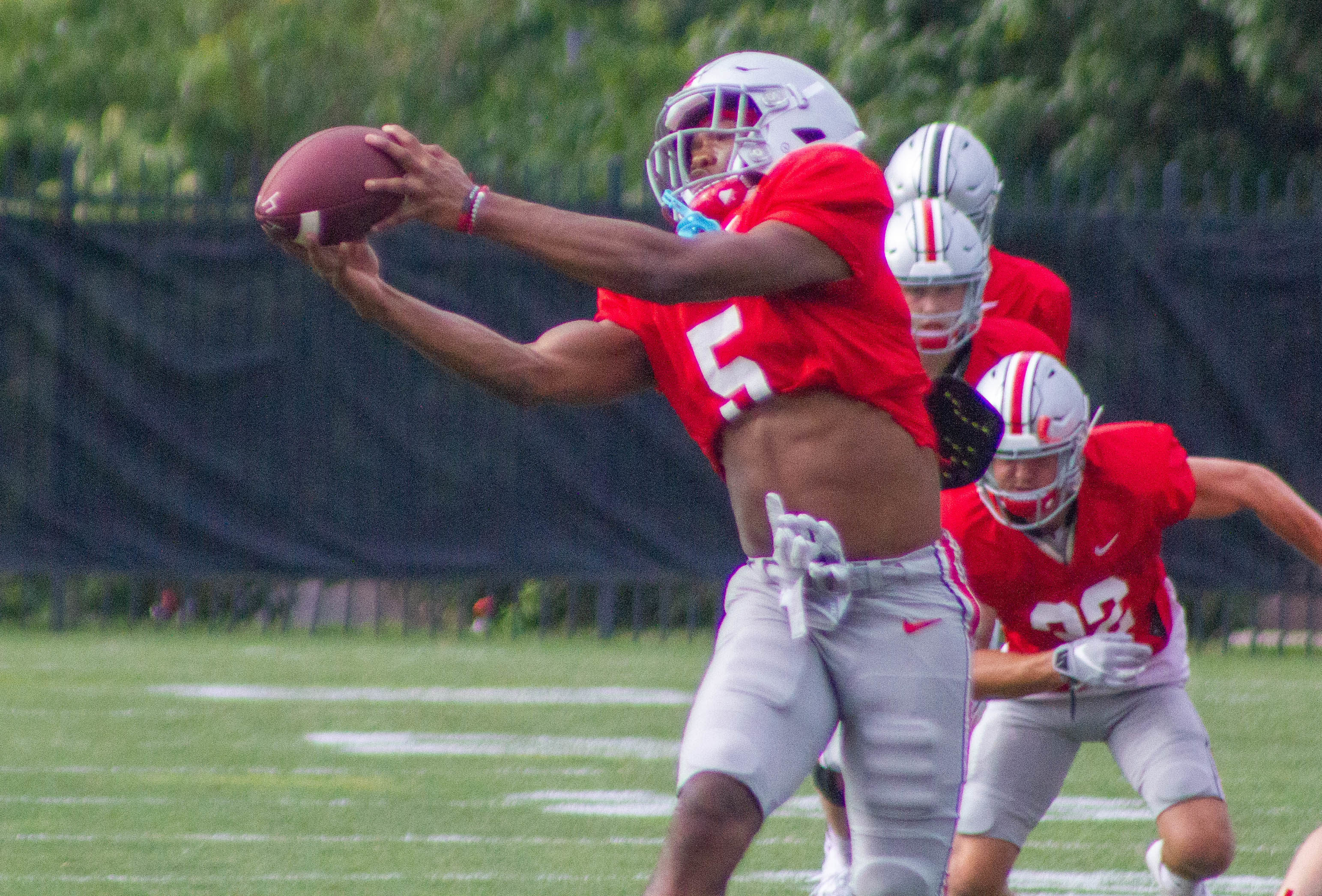 Garrett Wilson has excellent hands. This has been reported before, but it was the biggest takeaway from the extremely limited viewing session at Saturday’s practice.

Ohio State wide receivers coach Brian Hartline led receiver drills, putting a strong emphasis on footwork. The wideouts first drill involved chopping their feet between cones, putting their feet in the ground and cutting open to haul in a pass.

Next, the wide receivers worked on getting off the line of scrimmage, tracking balls in the air and making over-the-head catches. Wilson made this drill look easy, tacking passes at the last second and reeling in receptions with his arms fully extended.

The Buckeyes held an intrasquad scrimmage Saturday, but Ohio State only made the beginning of practice available, which included warm ups and the first round of position drills.

Buckeye quarterbacks and running backs worked together, as they often do, to start practice. Various QB-RB tandems focused on completing sound option pitches, then they practiced different handoffs, including those for stretch plays.

Following practice, Ohio State head coach Ryan Day spoke to the media. He was asked if Jaelen Gill could compete for the backup running back spot, but he said he is only working at H-back.

Day was hoping to see somebody step forward in the battle to be the No. 2 running back for the Scarlet and Gray between Master Teague, Demario McCall, Marcus Crowley and Steele Chambers, but no one stood out.

“We’re still looking for that guy,” Day said. “Master hasn’t been practicing, so it’s hard obviously for him to win the job. Demario and Marcus and Steele are kind of in the battle for it, and that battle continues.”

Amari McMahon was the second running back in drills, backing up Ryan Day’s assertion that Ohio does not yet have a backup at the position.

The tight end unit spent the beginning of practice doing what it has become most known for in Columbus — run blocking. An emphasis was put on staying low and driving their feet, as the tight ends progressed to blocking under the cage.