Observations Of Offense At Ohio State Practice No. 4 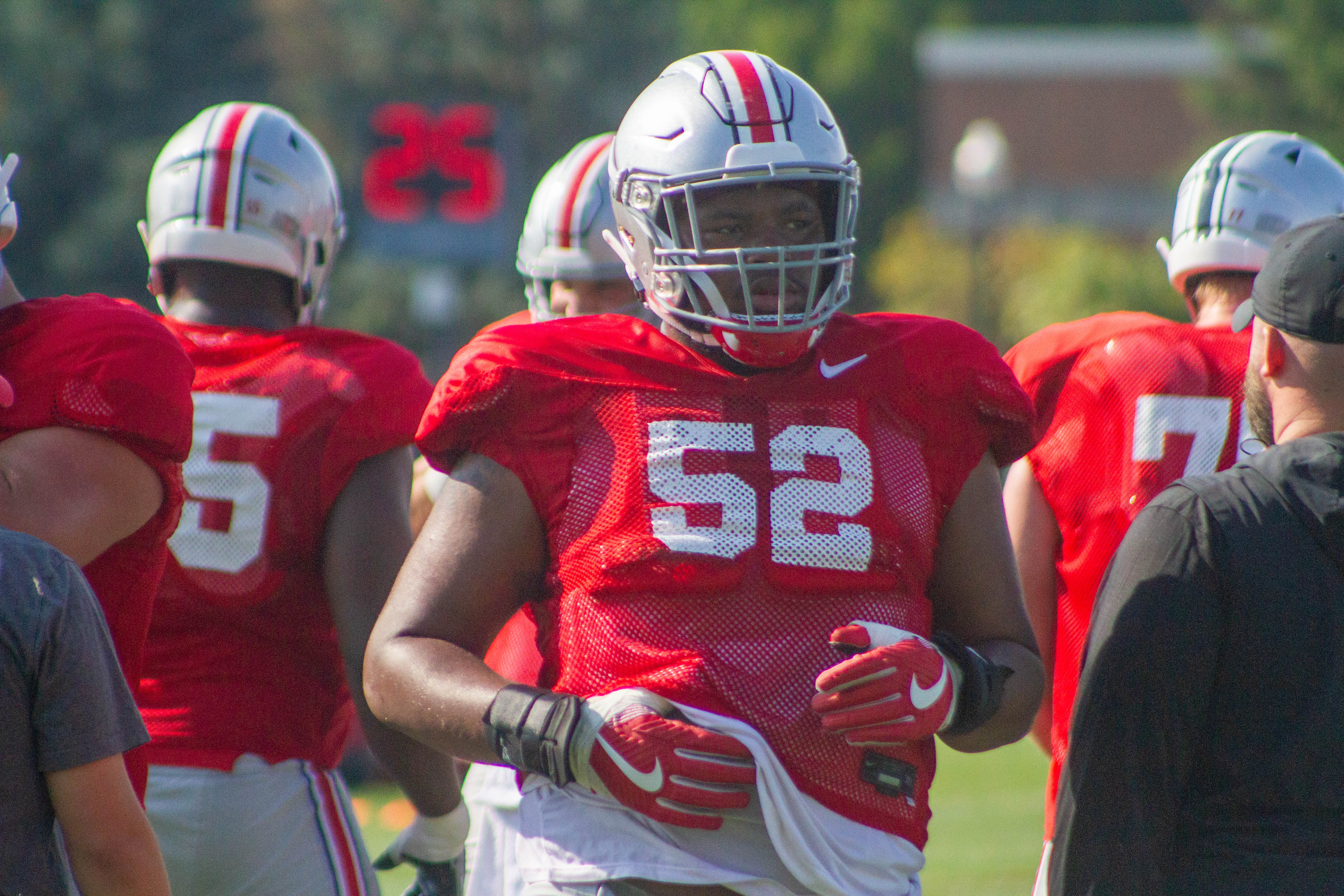 Ohio State allowed media members to watch the first 30 minutes of practice again Aug. 6, and nothing groundbreaking happened but the Buckeyes had a visit from an old friend.

The Scarlet and Gray also welcomed visitors from a variety of NFL who had scouts present at the Buckeyes’ practice, including the Chargers, Seahawks, Bears, Chiefs, Ravens, Falcons and Browns.

The offense started practice with an inside run session featuring exclusively the right side of the offensive line. Ohio State lined up redshirt freshman Josh Myers at center, redshirt freshman Wyatt Davis at right guard and fifth-year senior Branden Bowen at right tackle.

Following the interior run drills, where redshirt freshman Justin Fields handed the ball to junior running back J.K. Dobbins, the quarterbacks and tailbacks separated with the O-line, who combined the right and left sides.

Together as a full unit, the first-string offensive line that lined up was junior Thayer Munford at left tackle, fifth-year senior Jonah Jackson at left guard, Myers at center, Davis at right guard and Bowen at right tackle.

Meanwhile, the quarterbacks and running backs worked on tossing and catching option pitches, while making sure to maintain enough distance from each other to make the backward lateral.

The wide receivers, instructed by Brian Hartline, worked on getting off press coverage, tracking the ball and reeling it in near the sideline. Senior wideout Austin Mack, a returning starter, was limited at practice due to injury.

The offensive line divided up between the guards and tackles, working on position-specific techniques, such as pulling for the guards.

Ohio State’s tight ends spent a lot of time working on run-blocking techniques, and the most veteran position on the Buckeye offense worked with vigor despite only wearing helmets and shoulder pads.

The running backs spent a lot of time working on pass protection, with the assistance of some young linebackers as pass rushers.

Then, the tailbacks teamed up with redshirt freshman quarterback Jagger Laroe and worked on play action, pass protection, check downs and routes out of the backfield.

Meanwhile, Fields and the other quarterbacks threw passes to the wide receivers at the far end of the field, progressing to deep passes into the end zone.

In the limited viewing time allowed, Fields impressed with his arm strength and accuracy, letting a few nice tosses fly off his hand for uncontested touchdowns.