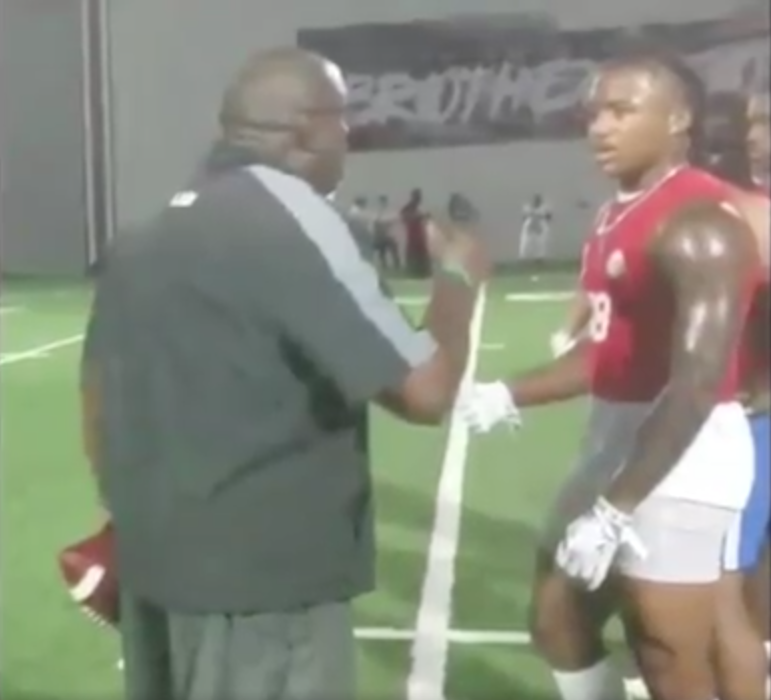 Jared Harrison-Hunte headlined the handful of top targets in the 2019 recruiting class on campus June 22 when Ohio State hosted Friday Night Lights, but the three-star defensive tackle was actually among three prospects from Middle Village (N.Y.) Christ the King to capture the Buckeyes’ attention.

In addition to Harrison-Hunte, the Royals rolled out 2020 four-star running back Tirek Murphy and 2021 quarterback Noah Bodden. According to Christ the King offensive coordinator Bruce Eugene, the OSU staff was impressed with both of his players.

After Ohio State sent coaches to New York and checked in at Christ the King during the spring evaluation period, Harrison-Hunte was the main focus. Murphy, however, entered the equation for the next cycle. 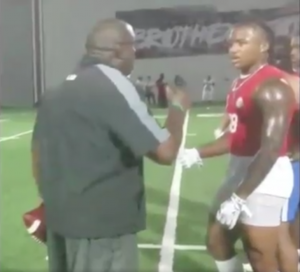 “He’s special, he’s special,” Eugene said of Murphy. “Right now, he’s 6-0 and 210 pounds. He’s special, man. He’s an every-down back. He just runs the rock. He can pass block. He’s one of those generational type of players, which is also what I kind of feel like I have in a kid like Jared and Noah.”

On a double-digit offer list littered with top programs after he surged in the spring onto recruiting boards throughout the Power Five — Arizona State, Michigan and Tennessee are three off the top — Murphy maintained momentum into FNL.

Headlined by position coach Tony Alford, who worked with Murphy at the camp, the Buckeyes grew their relationship with the running back among other targets in the 2020 recruiting class.

“They like him,” Eugene said of Murphy. “Like anything else, if you catch a girl walking down the street, would you marry her at first sight when you don’t know her? So they want to get to know him thoroughly and everything else before they dish out the offer, which is understandable. But just like anything else, Ohio State, because of who they are, you always pay attention to a school like that and be aware of what’s going on. But there are a few schools that have come along for Tirek and he’s been really impressed with.”

Aside from Murphy, OSU took interest in Bodden after the signal caller shined in front of head coach Urban Meyer and offensive coordinator/quarterbacks coach Ryan Day.

“He did exceptionally well at the Ohio State camp,” Eugene said of Bodden. “He was one of the top five (quarterbacks). Coach Meyer and Coach Day, they were very impressed with him. He turned a lot of heads — I can tell you that.”

The 6-4, 210-pound Bodden boasts offers from Baylor and Temple early in the process. As he continues to grow and develop, his list of schools expects to increase with Rutgers among those that Bodden hears from. 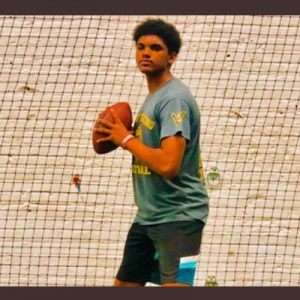 “This is going to be my first season coming up (as offensive coordinator), but I’ve been working with him in the offseason,” Eugene said. “We’ve been working on getting mentally prepared, running the game and the offense and everything else, working on his mechanics and his footwork. But like I said, he’s special.

“He’s very receptive. He can retain a lot of information. A lot of the time when you don’t think he’s listening, he’s really listening. He’s a very, very, very humble kid and very happy-go-lucky but he throws the ball effortlessly. It can fly.”

Ahead of his sophomore season, Bodden brings interest from Ohio State. After he appeared on the Buckeyes’ board at FNL, Bodden could become a candidate for an offer as OSU starts its search for an arm in the 2021 recruiting class.