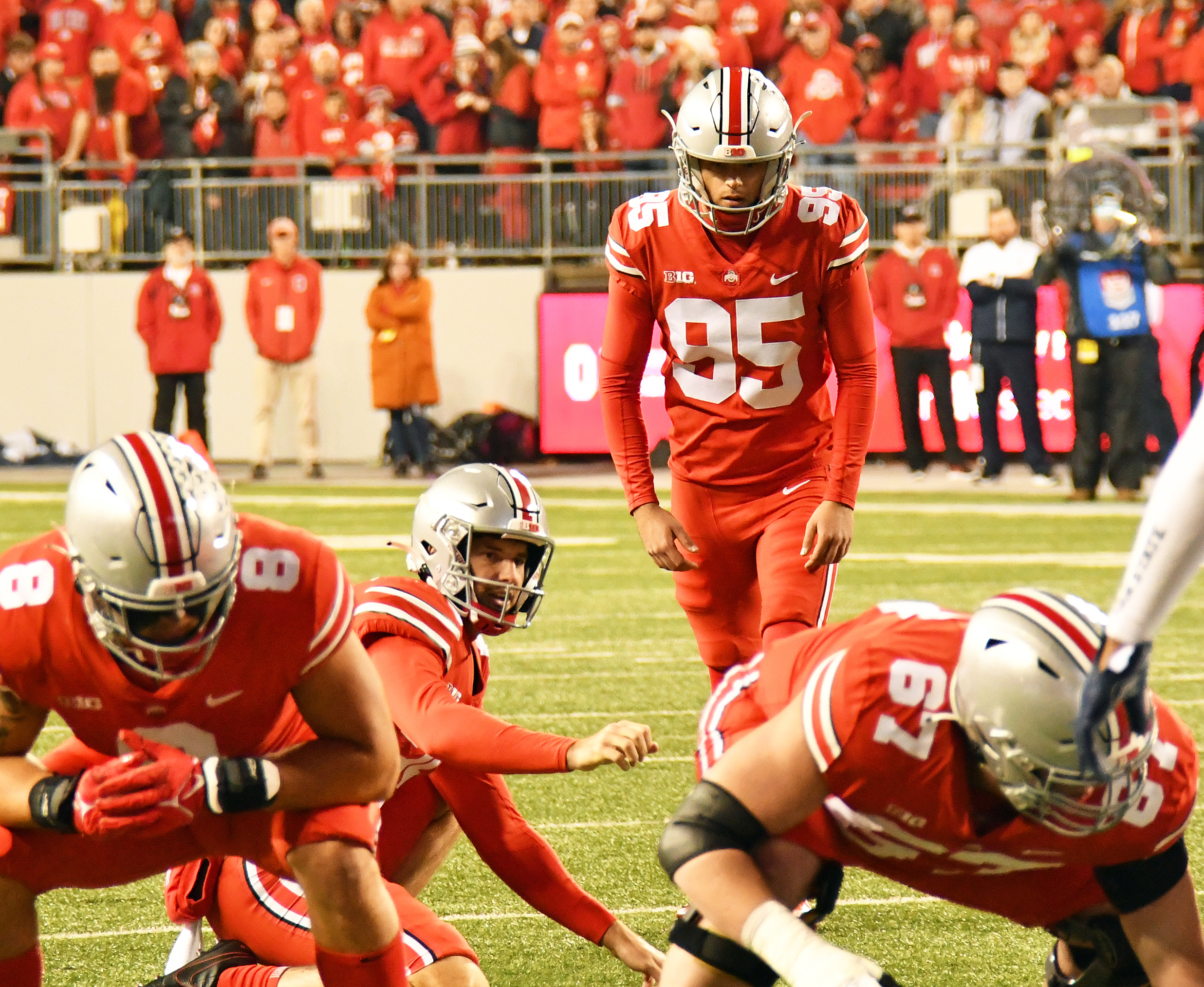 One streak ends, but another continues. For the eighth time this season, Ohio State has placed a player on the Big Ten weekly honors list – but for the first time this year, it has not earned the Freshman of the Week award (save of course for the off week). This time, the player maintaining Ohio State’s streak is graduate kicker Noah Ruggles, who was named Big Ten co-Specialist of the Week for his efforts in pushing the Buckeyes to victory on Oct. 30 against Penn State.

In the 33-24 win over the Nittany Lions, Ruggles contributed 15 points for the Buckeyes between three extra points and four field goals, including two in the final frame that helped to secure and then ice Ohio State’s seventh victory of the year. In the process, he improved to 11-of-11 kicking on the season, with a perfect 47 of 47 mark on extra points as well.

He was joined on the specialists line by Rutgers punter Adam Korsak, who punted six times for 282 net yards (47.0 avg.) in a 20-14 win over Illinois.

Elsewhere in the awards, Michigan State running back Kenneth Walker III earned the Offensive Player of the Week title for his 197-yard, five-touchdown performance on the ground in a 37-33 win over Michigan – his second appearance of the season.

Purdue linebacker Jalen Graham earned the Defensive Player of the Week distinction after he racked up six tackles, a pass breakup and two interceptions to lead the Boilermakers to a 28-23 win over Nebraska.

The Freshman of the Week honor, usually given to Buckeye quarterback C.J. Stroud, went instead to Michigan wide receiver Andrel Anthony for his 153 receiving yards and two scores on six catches, as well as Minnesota halfback Mar’Keise Irving, who carried 19 times for 110 yards and two touchdowns.