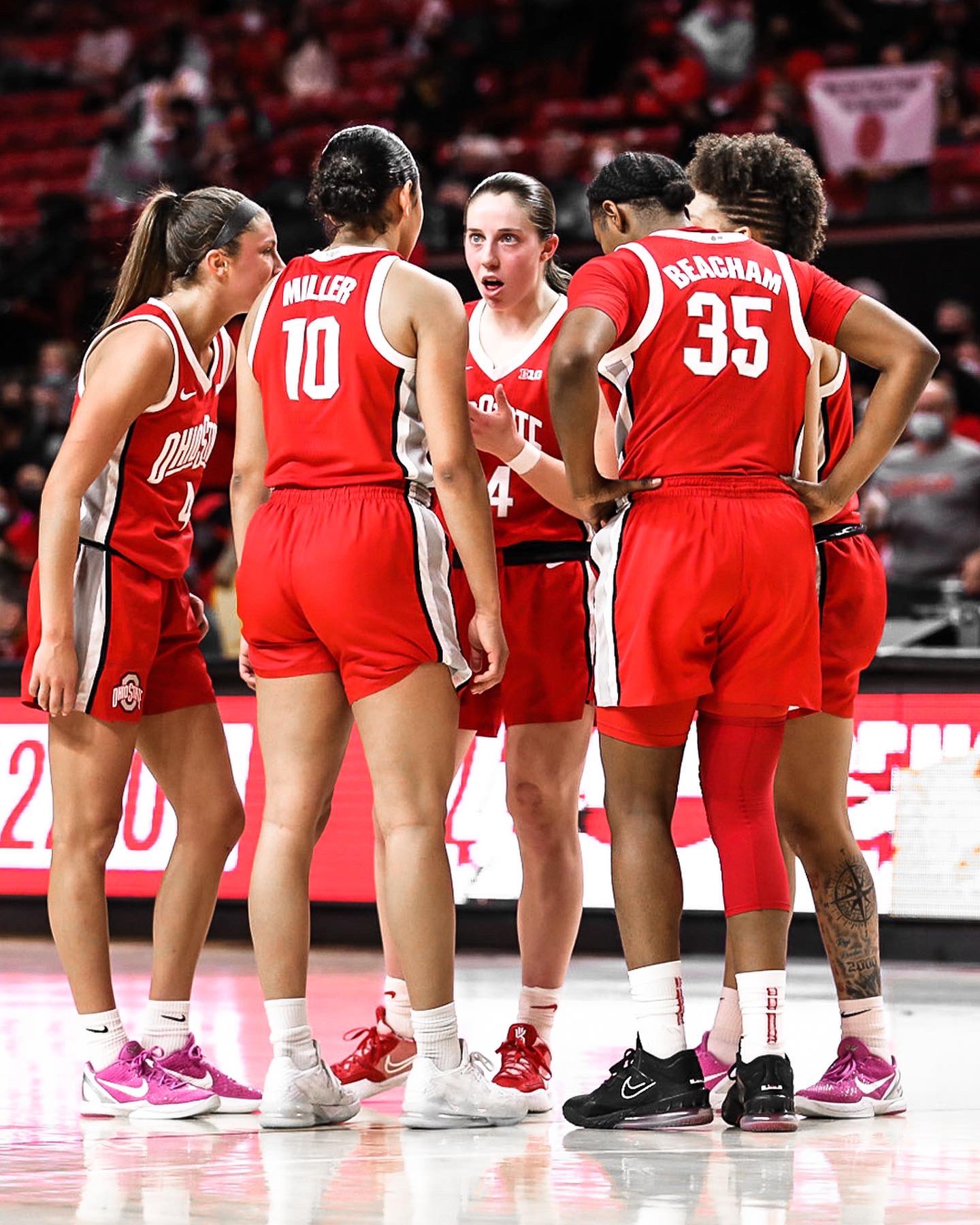 No. 6 Ohio State and No. 2 Texas will face off Friday night with an Elite Eight berth on the line.

The Buckeyes are looking for their first trip to the Elite Eight since 1993, while the Longhorns – in their second season under head coach Vic Schaefer – are trying to return in back-to-back years for the first time in school history.

For either team to move on, they’ll have to contend with excellent guard play and a defensive press that ranks both teams in the top 50 in forced turnovers per game. Ohio State is led by junior forward Jacy Sheldon, who is averaging 19.8 points per game and has been on a tear this postseason, and senior guard Taylor Mikesell, who knocks down nearly four 3-pointers per game.

“I think both of them have tremendous presence on the floor,” Schaefer said. “They both command your respect…they’re both explosive players. You can’t lose them – you better know where both of them are at all times.”

“With Rori, she’s had an incredible season,” Ohio State head coach Kevin McGuff said. “Just a very special player. She presents a lot of challenges for us. I think the first one is to try to just get her a little bit under control in transition. When she gets going, if she gets lanes to the basket, she’s going to get there and finish.”

With so many playmakers on the offensive end, it will likely come down to how the defense performs for each team. The Longhorns enter the game with the clear advantage, allowing just 56.5 points per game, a top-30 mark in the country. Ohio State has allowed 65.5, but the team has shown remarkable improvement on the defensive end as the season has progressed, and has held six of its last seven opponents under 70 points.

“It’s just going to be a defensive game,” sophomore guard Kateri Poole said. “Offense will come for both teams, we’ll score. It’s just going to be who is willing to make that extra play on defense, go after that loose ball, dive on the ground. I know we’re ready to do that all game, so whoever can last the longest.”

The Buckeyes defeated No. 11 Missouri State and No. 3 LSU to get to this point, but instead of viewing the win over the Tigers as an upset, they feel they are right where they belong.

“We weren’t looking at it as an upset,” redshirt sophomore guard Rikki Harris said. “We think we’re one of the best teams in the NCAA. It just was a good win for us. We just got to play hard and keep going.”