No. 25 Ohio State Falls 77-60 To No. 21 Minnesota Behind Dominant Performance By Gopher Center Liam Robbins 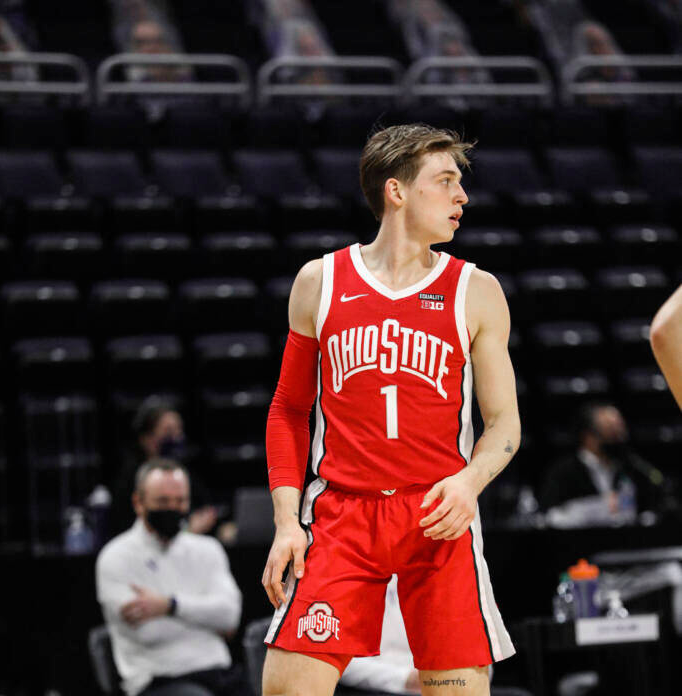 Liam Robbins led Minnesota to a 77-60 victory over Ohio State with a dominant performance at Williams Arena.

“We were supposed to come out and use our mobility and quickness against him, and be just very physical and wear him down,” Liddell said. “And we just didn’t do that; we weren’t physical enough. I just put that on myself, and I felt like I let down my team.”Junior guard Duane Washington Jr. led Ohio State with 21 points, while Liddell was the only other Buckeye in double digits with 10 points and seven rebounds.

The Buckeyes struggled  immensely on offense against the physical nature of the Gophers’ defense, shooting just 31.1 percent from the field (19 of 61) and 25.9 percent from three (7 of 27) with 11 turnovers.

“Obviously, we’ve got to finish over size and height better. And we will. Some of it was that we didn’t play smart enough when we did get to the paint across the board offensively. So, I’ll take responsibility for that,” Ohio State head coach Chris Holtmann said. “We just didn’t make good enough paint decisions, and it wasn’t just our bigs, it wasn’t our guards. We just didn’t make good enough paint decisions, and then, we had a couple that honestly just just didn’t go down for us.” The Gophers shot 43.6 percent from the floor (24 of 55) and 40.9 percent from beyond the arc (9 of 22) on their way to a 17-point win at home.

Robbins, a 7-foot transfer from Drake, gave the Gophers their largest lead of the game at 74-55 on a rebound putback with 4:50 left, and they coasted to their win over the Buckeyes down the stretch.

“I didn’t feel like physically we came out with the necessary stuff there to start the second half,” Holtmann said. “Some of that was I think our guys were frustrated with missing a couple shots. It was up and down there for a little bit, our guys did look a little fatigued across the board. We’ve got a handle physicality better.”

After the Gophers held off the Buckeyes’ increased effort to start the second half, they cruised to the win with a physical brand of basketball.

“He was just telling us to keep going,” Washington Jr. said of Holtmann’s second-half message. “Play the right way, trust each other, keep moving the ball and get a shot on the rim every time. Make sure that we’ve got offensive guys crashing, who we need to crash, sprinting back on D. And they played a great game today, made a lot of tough shots, made a lot of rhythm shots. We didn’t push them out of their spots on post ups.”

The Buckeyes took their only lead of the game on a powerful two-handed slam by sophomore forward E.J. Liddell on a smooth bounce pass from fifth-year senior guard C.J. Walker, putting them up 28-27 with 5:55 until halftime.

Trailing 11 points just four minutes into the game, Ohio State answered with its best stretch of the game with a 12-1 spurt spanning 4:21. Washington led the run with eight points while hitting two triples and a floater.

“Duane was good offensively, made good decisions for the most part,” Holtmann said of Washington Jr. “I know we had three turnovers, his ball handling has got to improve, and they made him an important point and focus, but for the most part, he took good shots.”

The Gophers began the game on a 7-0 run and pushed their hot start to a 16-5 advantage just four minutes into the contest.

“Our job was to come in here and make them uncomfortable and we didn’t do our job at a high enough level,” Washington Jr. said. “And they just got what they wanted, punk’d us basically and it was their night. They ‘ve been rolling, so we’re going to take this one on the chin and we’ve got a big one Wednesday.”