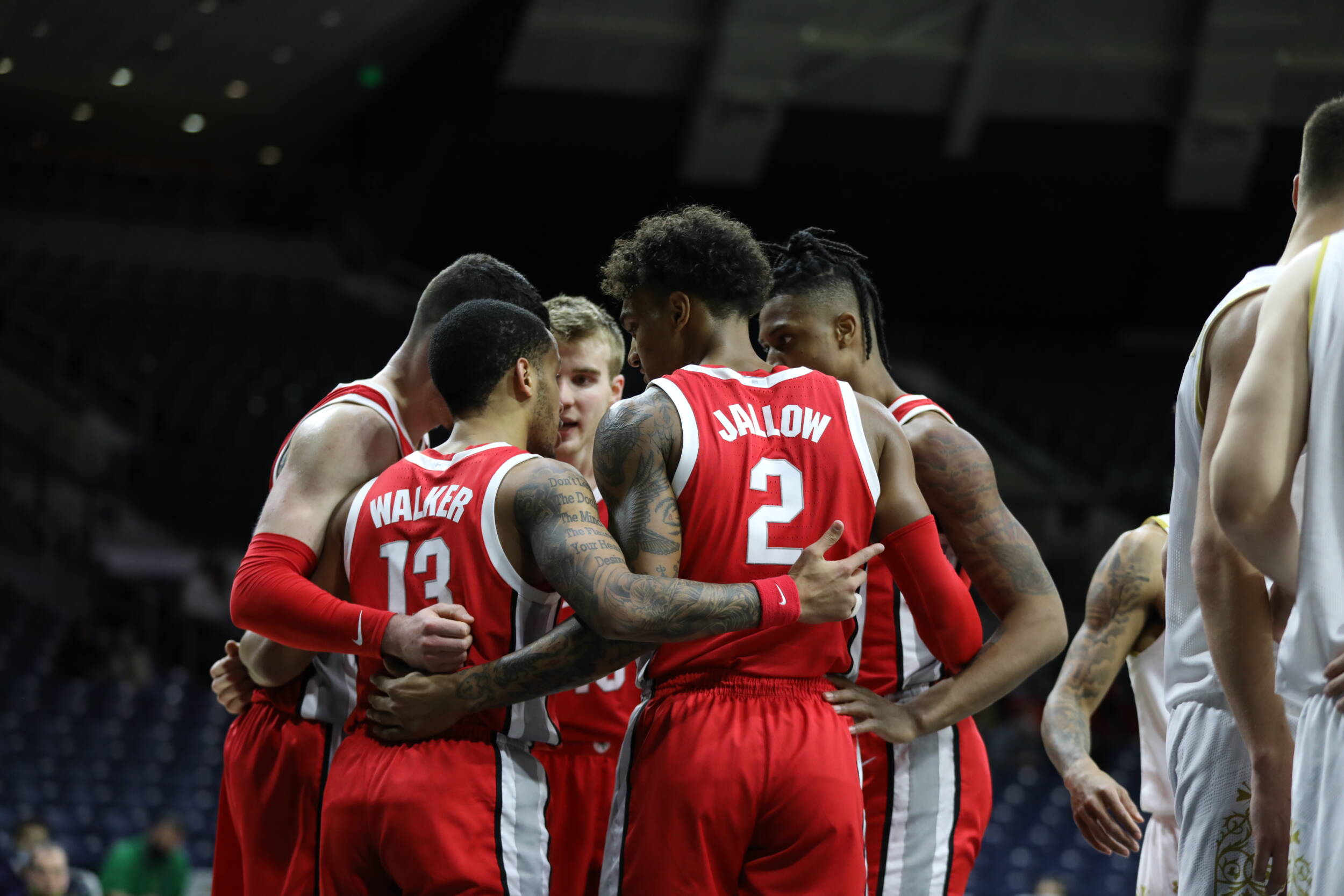 No. 22 Ohio State overcame a lackluster first half to defeat Cleveland State 67-61 at Value City Arena in Columbus on Dec. 13.

The Buckeyes missed their leading scorer and rebounder, E.J. Liddell, a sophomore forward who is out indefinitely with mononucleosis.

Taking on a larger role, true freshman Zed Key helped fill the massive void left by Liddell in the middle with a double-double. The 6-8, 245-pound forward scored 12 points, grabbed 10 boards, dished two assists and added three blocks and one steal across 21 minutes.

“Zed was great,” Holtmann said of Key. “He protected the rim and impacted shots. That was maybe his biggest impact. And then, he also just brought a physicality tonight. He was tremendous, and he certainly earned this moment.”

The Vikings were led by 14 points by junior guard D’moi Hodge and 12 points from junior forward Chris Greene, while senior wing Torrey Patton added eight points and a game-high 14 rebounds.

Cleveland State ended a 9-2 run by the Buckeyes on a three-pointer by Hodge to make it 47-42 with 8:28 until the final buzzer. The Vikings came within five points again at 53-48 following a Greene triple with 5:49 left and at 60-55 with 2:41 left, but that was the closest the visitors came down the stretch.

The Buckeyes bounced back after a 9-1 Viking streak with a 9-2 stretch of their own on three triples from junior wing Justin Ahrens, Walker and senior guard Jimmy Sotos to push their lead to 47-39 with 8:53 on the clock.

Following a nifty move and finish by Walker to push the Ohio State lead to 37-28 with 16:12 to play, the Vikings ripped off a 9-1 run sparked by seven points by Greene. The 9-1 stretch spanned 2:51 with junior wing Justice Sueing shooting 1 of 4 from the foul line and the home team’s lead evaporating to 38-37.

The Scarlet and Gray started the second half on a 4-0 run to take their first double-digit lead of the game on a smooth finish from Washington off a spin move with 18:13 remaining.

The Buckeyes began the game with a 6-0 start on two three-pointers from Washington. The Vikings did not make a field goal across the first 5:34 of the game when Hodge made a layup to cut the Ohio State lead to 8-4. Hodge hit a triple to cut the Buckeye lead to one point for the first of three times to make it 8-7 with 13:45 until halftime.

After Key pushed the lead to 20-14 on an alley-oop finish from Walker, Patton put in a tough jump shot in the lane to cut the deficit to four points for Cleveland State with 5:31 until the midway point.

“He creates space for people to drive and get to the basket,” Walker said of Key. “He can also finish around the basket and defensive rebounding. He had a few blocks that we really needed at the end of the stretch. He’s just really good for us. He’s learning each and every day. He plays hard and he gives us energy.”

Ohio State was unable to push its first-half lead past six points until Walker split the defense on a strong dribble drive where he used a hop step to finish an and-1 to put the Buckeyes up 31-24 with 1:43 until the halftime buzzer.

Ohio State struggled offensively early against the Vikings, shooting just 38.5 percent from the floor (10 of 26) and 18.2 percent from three (2 of 11). The Buckeyes’ defense helped give them a seven-point halftime lead, limiting the Vikings to a 34.5 percent field goal percentage (10 of 29) and 20.0 percent three-point mark (1 of 5).

Key came up big for the Buckeyes in Liddell’s place with senior forward battling foul trouble and a sore ankle. The former three-star prospect from Glen Head, N.Y., kept his approach simple when taking on a bigger role.

“Just come in and just play hard,” Key said. “That’s what the coaches expect from all of us, so just embrace it coming into the game and play your butt off. Make effort plays and grab rebounds, and the offensive side will come.”