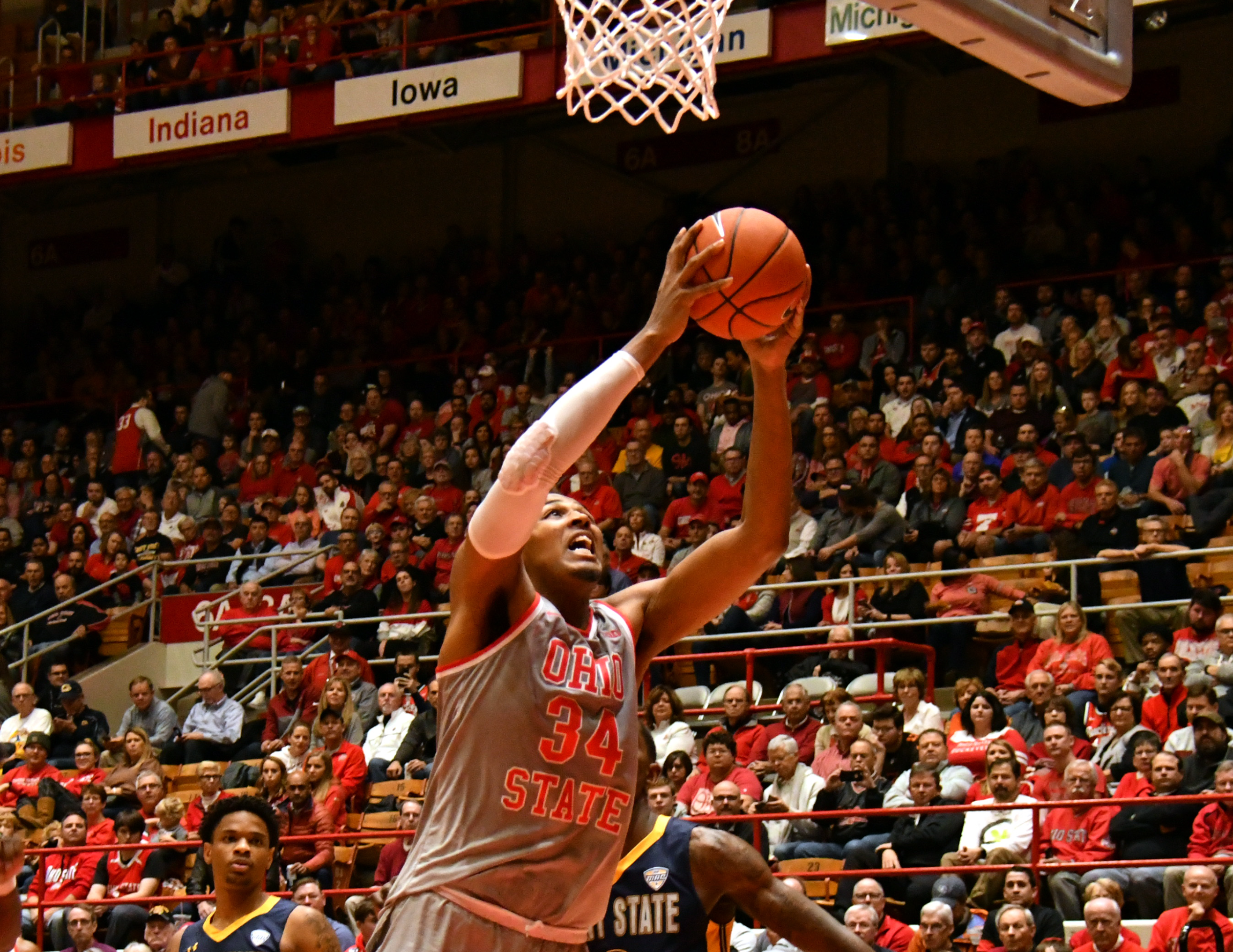 After a back-and-forth game at the Rocket Mortgage FieldHouse, it was No. 22 West Virginia who came out the victor, taking down No. 2 Ohio State 67-59.

It was the final nonconference game of the season for the Buckeyes, who finish the slate 10-1.

“Coming in, I thought they were probably the best team we were playing right now in the nonconference,”Ohio State head coach Chris Holtmann said. “Just because of how they had been playing. So, give them credit. First and foremost, gotta give them credit. We’ve gotta shore up some things and get much better.”

After a three by freshman guard D.J. Carton with 11:49 to play in the second half, Ohio State did not score a basket until the 4:40 mark, when senior forward Andre Wesson hit a three. But eight free throw makes in that span kept the Buckeyes in it, and that Wesson shot from deep gave the Buckeyes a 54-53 lead.

From the one-point lead with less than five to play, it was West Virginia’s Miles McBride who came up huge. McBride finished with a game-high 21 points, including a pair of clutch free throws and an even more clutch jumper to give the Mountaineers a 59-54 lead.

“We knew if we continued to play solid defense that at the end of the day their shots weren’t going to fall,” McBride said.

As has been the case for much of the start of this season, turnovers were crucial for Ohio State. It ended with 22 of them, while forcing 17 from the Mountaineers. West Virginia outscored the Buckeyes 22-10 on points off turnovers.

“It’s unique, playing a team that tries to be this disruptive,” Holtmann said. “It’s really unique. We tried obviously to do some things to prepare our guys for their length and size and physicality. They throw a lot of bodies at you and they really don’t care if they foul.”

On the other hand, even with coming into the game shooting only 31.1 percent from deep, West Virginia heated up behind the arc against the Buckeyes, hitting 11 of 24 three-point attempts on the day.

Ohio State held a 37-31 lead at halftime, 35 of which came from four players: junior guard C.J. Walker (10), sophomore guards Luther Muhammad (9) and Duane Washington (8), and junior forward Kaleb Wesson (8). A basket by junior forward Kyle Young was the lone basket not scored by those four players.

Kaleb Wesson ended up leading Ohio State in scoring, finishing with 17 points, 10 of which came at the free-throw line, and nine rebounds.

But West Virginia came back strong, outscoring the Buckeyes 21-10 to open the second half, allowing the Mountaineers to take a 52-47 lead.

In the end, West Virginia outscored Ohio State 36-22 in the final 20 minutes to secure the win.

“I think you hope we can take it and learn from it and move forward,” Holtmann said. “We play a really challenging nonconference, but we all know the Big Ten’s the best league in the country. It’s not going to get any easier, starting Friday.”

Ohio State returns to conference play with a home Big Ten matchup against Wisconsin on Jan. 3.