No. 12 Ohio State Women’s Basketball Stunned On The Road, Loses To Wisconsin 75-70 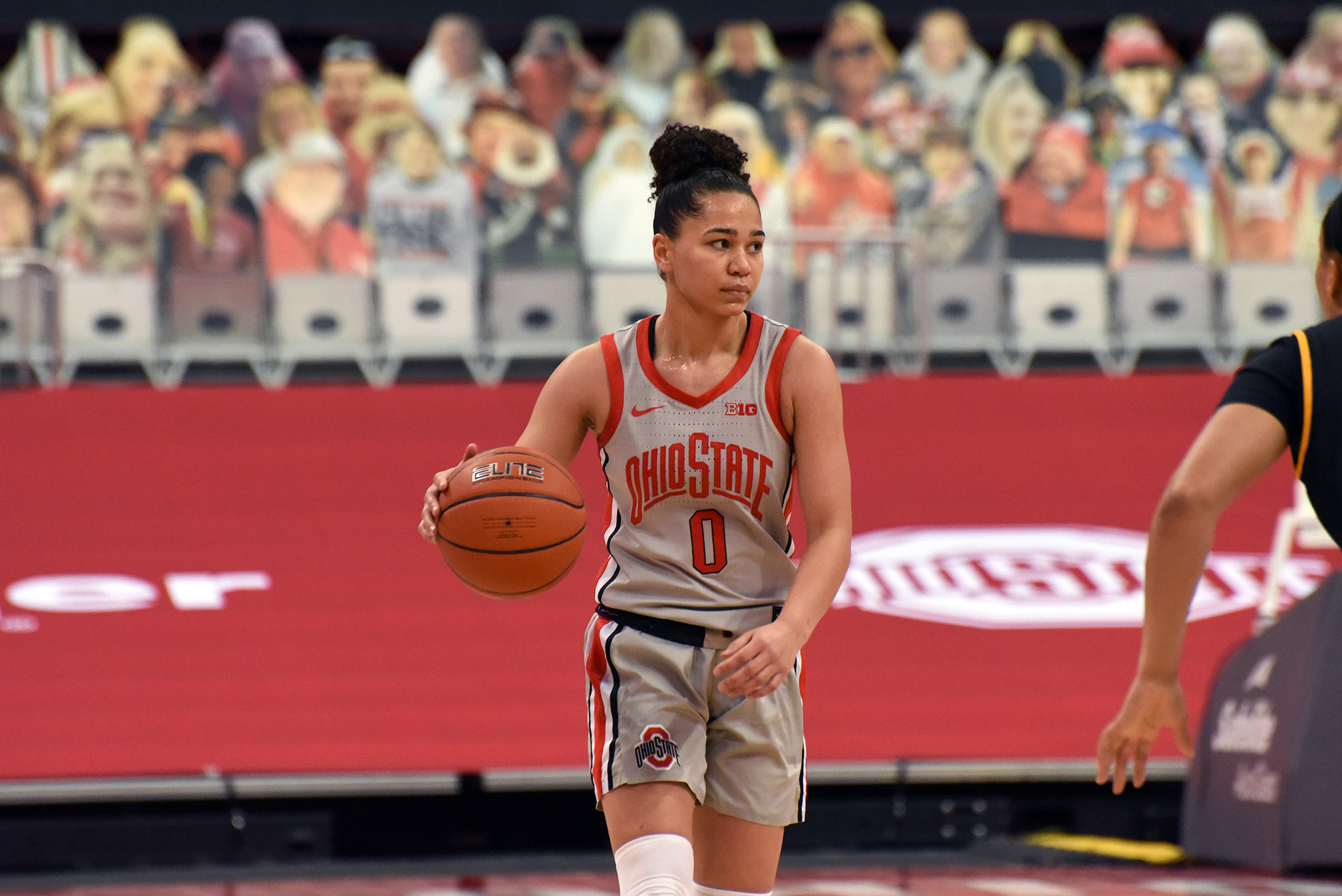 Coming off a 24-point victory over Minnesota and with wins against three ranked teams, Ohio State seemed set to move to 13-2 on the season with a date against the Wisconsin Badgers, who were 4-13 overall and 1-13 in Big Ten play, next on the schedule.

But the Buckeyes found themselves tied 18-18 after one quarter and down 41-37 at halftime, thanks in part to an 11-0 Wisconsin run in the middle of the second quarter.

Ohio State never led the rest of the way, falling to the Badgers 75-70 for their third loss on the season.

“Just disappointing,” Ohio State head coach Kevin McGuff said. “Give Wisconsin credit, I thought they played really hard and they really bet us up on the boards, but we were just disappointed because we didn’t feel like that we gave our best effort tonight, and that starts with me on down, that’s a tough team loss for all of us, and we have to coach better, we have to play better, and we just need to be better.”

The Buckeyes cut the deficit by just one in the third quarter, trailing 57-54 after three thanks to poor shooting (38.3 percent), especially around the rim (12 of 28 on layups) in the first 30 minutes.

The fourth quarter started the same way much of the third went, with the teams trading baskets and neither being able to go on much of a run to extend or narrow the margin. Then, with Ohio State down five, junior forward Dorka Juhasz made a layup to cut the deficit to 64-61.

Next possession, senior guard Braxtin Miller forced a turnover and hit a three to make it a tie game for the first time in the second half, coming with 5:05 to go. Miller fouled out of the game with 3:08 to play, finishing with 10 points and three steals.

The Badgers relied on forward Imani Lewis all game, who led all players in the first half with 16 points and seven rebounds while shooting 6 of 8 from the field. Lewis ended the game with 27 points and 14 rebounds.

“She played really well,” McGuff said. “She’s a great player and she made a bunch of shots from the perimeter, probably a little more efficient than she normally is, and then also had a bunch of huge rebounds.”

After Wisconsin regained the lead thanks to some free throws, Lewis hit a big layup to extend the Badgers lead to 71-66 with 2:19 to go. Two makes at the charity stripe by freshman guard Kateri Poole cut the deficit to three with 57 seconds remaining.

But Ohio State never got closer than that, getting held without a field goal for a 4:05 span until a late layup by junior forward Aaliyah Patty to make it 73-70 before the Badgers put it away with free throws.

Wisconsin dominated the glass all game, outrebounding Ohio State 49-34 on the night, including a 29-15 advantage on defensive rebounds.

“We didn’t have discipline in blocking them out and we weren’t very physical, either,” McGuff said. “They were much more physical than we were around the basket, and they really made us pay.”

Juhasz led the Buckeyes with 12 points and six boards in the opening half. She finished the game with her fifth straight double-double, tallying 16 points and 12 rebounds.

Sophomore forward Rebeka Mikulasikova was back in the lineup after missing the game against Minnesota with an illness. She finished with no points in six minutes of action, missing both her field goal attempts.

Next up, Ohio State has a chance at revenge with a Feb. 14 home game against Northwestern that takes place at 12:30 p.m. The Wildcats defeated the Buckeyes 69-57 in Evanston, Ill. on Feb. 1.