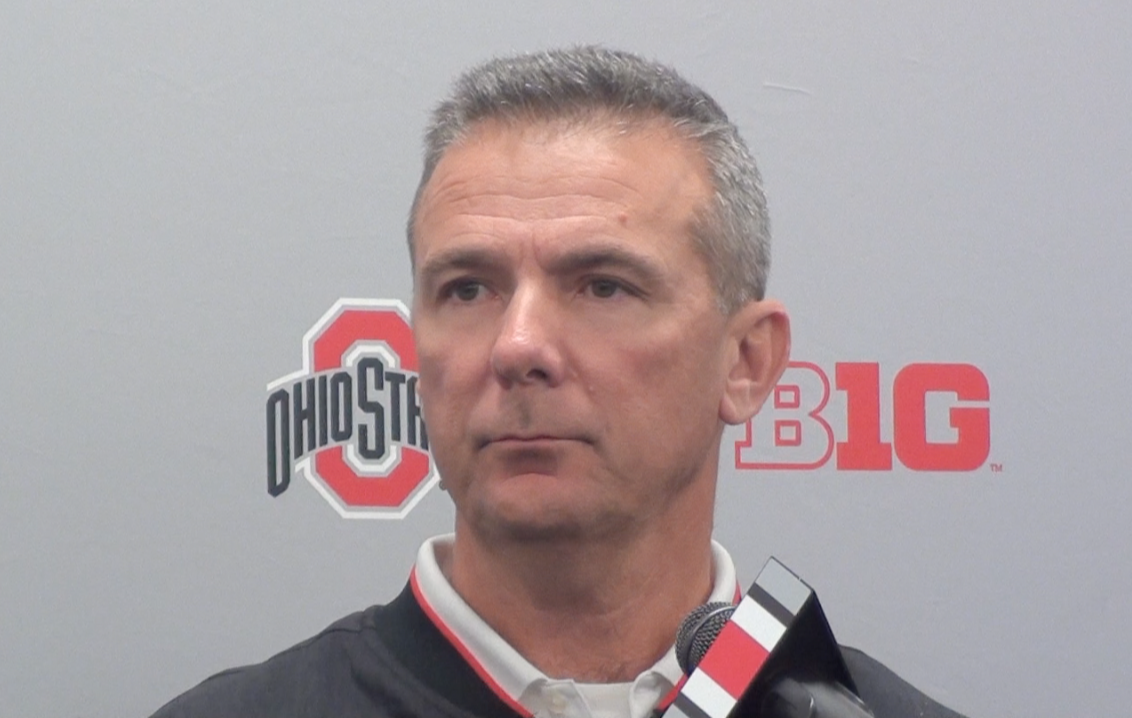 Third-year sophomore quarterback Dwayne Haskins returned to his home state to pass for three touchdowns and run for three, including the deciding score, as No. 10 Ohio State avoided a stunning upset with a 52-51 overtime win at Maryland on Saturday.

Haskins, who had only one rushing TD prior to the game, scored from 5 yards on the first possession of overtime for a 52-45 lead after the extra point by sophomore Blake Haubeil. Haskins had a key 11-yard pass to junior Rashod Berry on fourth-and-1 from the 16.

Anthony McFarland, who rushed for 298 yards on 21 carries and two long touchdowns, ran 24 yards when the Terrapins’ got the ball and Tayon Fleet-Davis rushed for the score to make it 52-51.

Haskins threw a 3-yard touchdown pass to junior Binjimen Victor with 40 seconds left in the fourth quarter to tie the score 45-45.

It was the Maryland native Haskins’ third TD pass to break the school record of 35 in a season by J.T. Barrett.

The score came after a weird play gave Maryland 45-38 lead with 1:41 to go in the fourth quarter. McFarland fumbled at the 1 only have it recovered in the end zone by teammate Chigoziem Okonwo.

Earlier, Haskins ran in from the 1 with 3:41 to make 38-38 but Pigrome, replacing Kasim Hill after he sustained a torn ACL in the previous game vs. Indiana, threw 60 yards to Darryl Jones just before the McFarland fumble.

Sophomore back J.K. Dobbins had career highs in carries (37) and yards (203) along with a TD run. Junior back Mike Weber did not play because of a bruised quadriceps head coach Urban Meyer said after the game.

Maryland stunned the Buckeyes with touchdown runs of 81 and 75 yards by McFarland in the first six minutes of the game, two of seven plays the Terps had for 15 or more yards in the first half.

The Buckeyes’ season-long problems surfaced again: Allowing big plays, lack of discipline and turning the ball over. Yet, OSU was seven yards from tying the score just before the half when Dobbins fumbled the ball away as Maryland took a 24-17 halftime lead.

The game got off to a breathtaking start that left the Buckeyes gasping.

Maryland started at its 20 after the opening kickoff return. After McFarland lost a yard on the first play, he went outside the left tackle as OSU junior safety Damon Arnette went inside and he raced 81 yards untouched for the 7-0 lead 50 seconds into the game.

It got worse on the ensuing kickoff when it was pooched in front of senior Johnnie Dixon and recovered by Maryland at the OSU 21. The Terrapins tried to get cute with receiver Jeshaun Jones attempting a throwback pass, but he fumbled and junior linebacker Malik Harrison recovered at the 29.

The Buckeyes held the ball for 10 plays and used 4:45 but managed only a 36-yard field goal from Haubeil with 9:16 to go for a 7-3 score.  Dobbins had a 28-yard carry and Haskins rushed for nine more on the drive.

McFarland on the first play after the kickoff took advantage of a missed tackle at the line by sophomore safety Brendon White and went 76 yards for a 14-3 lead at the 9:05 mark.

OSU drove to the Maryland 24 when it got the ball back, but Dobbins was stuffed for no gain on fourth-and-1 to give the ball back.

Ohio State was victimized again when Pigrome hit Dontay Demus for 56 yards to the 22 but the drive stalled at the 19 and Joseph Petrino kicked a 36-yard field goal for a 17-3 lead with 2:06 remaining in the quarter.

Following an OSU punt, Maryland threatened to increase the lead thanks to a 52-yard to the OSU 17 run by McFarland to give him 214 yards on seven carries. The Buckeyes stiffened and Pigrome lost a yard on a run, was sacked for consecutive 6-yard losses by sophomore linebacker Tuf Borland and sophomore defensive end Chase Young, a Maryland native. That led to a missed 49-yard field goal by Petrino.

On the next play, Haskins threw a 68-yard TD to fifth-year senior Terry McLaurin to make it 17-10 at 10:21 of the second quarter. Haskins on the play passed Joe Germaine’s school record single-season yardage of 3,330 (1998).

Maryland punted to the OSU 14 late in half and the Buckeyes got a 38-yard catch by junior receiver Binjimen Victor plus an additional 15 on an unsportsmanlike conduct call on RaVon Davis to put the ball at the 14. A holding call on Davis on the next play moved the Buckeyes to the 7 but Dobbins fumbled on the next snap and the Terrapins recovered in the end zone with 32 seconds left.

The third quarter started horribly for the Buckeyes when on the second play Davis redeemed himself with a 37-yard interception return for a touchdown for a 31-17 lead just 45 seconds after the break.

Undaunted, the Buckeyes went 73 yards in eight plays and used 2:38 with the aid of face mask and pass interference penalties. There was also a 10-yard pass to freshman Chris Olave and Dobbins had back-to-back runs of 12 and 13 yards to the 2 where Haskins ran it in from there to make it 31-24 at the 11:35 mark.

Late in the third, sophomore punter Drue Chrisman pinned the Terps at their 6. Three plays went for negative three yards and the Buckeyes, after a punt to open the fourth quarter, began at the Maryland 44.

Dobbins ripped off an 11-yard run and Haskins connected with to sophomore tight end Luke Farrell on a 19-yard gain to the 5. Dobbins got four and no yards on two carries. Redshirt freshman QB Tate Martell came in for the goal-line package but senior right tackle Isaiah Price was flagged for a false start. Haskins reentered and tossed the 6-yarder to Hill to cap the drive of seven plays, 44 yards in 2:30.

A fake punt on fourth-and-8 from the Ohio State 46 kept Maryland driving on the next possession. Prior to that, McFarland had 27-yard rush to the OSU 48 but he was injured on his ensuing carry.

Facing handing the ball back to the Buckeyes, punter Wade Lees threw to an open Taivon Jacobs for 15 yards to the OSU 31.

On third-and-6 from the 27, Jeshaun Jones made a tightrope catch along the left sideline at the goal to put the Terrapins ahead 38-31. The drive was nine plays, 83 yards in 4:31.

Haskins responded with a 35-yard pass to senior Johnnie Dixon grab to ignite the tying drive. There were two receptions by Hill for 20 yards as well.

Leake had a 21-yard kickoff return to the Maryland 39 and Pigrome immediately hit Darryl Jones for a 60-yard gain. A false start moved it back to the 6. McFarland gained one, Pigrome lost two on a run to the 7 but on third down Arnette was called for pass interference on an incompletion to place the ball at the 2.

Pigrome got a yard. Fleet-Davis was then stuffed setting up the third-down fumble that turned into a TD and the 45-38 lead.

A 42-yard kickoff return by junior Demario McCall to the 50 put the Buckeyes in business to go for the tying score with 1:32 left in the fourth. A 17-yard pass to fifth-year senior Parris Campbell, a face mask call and a holding penalty helped the Buckeyes send the game to overtime.