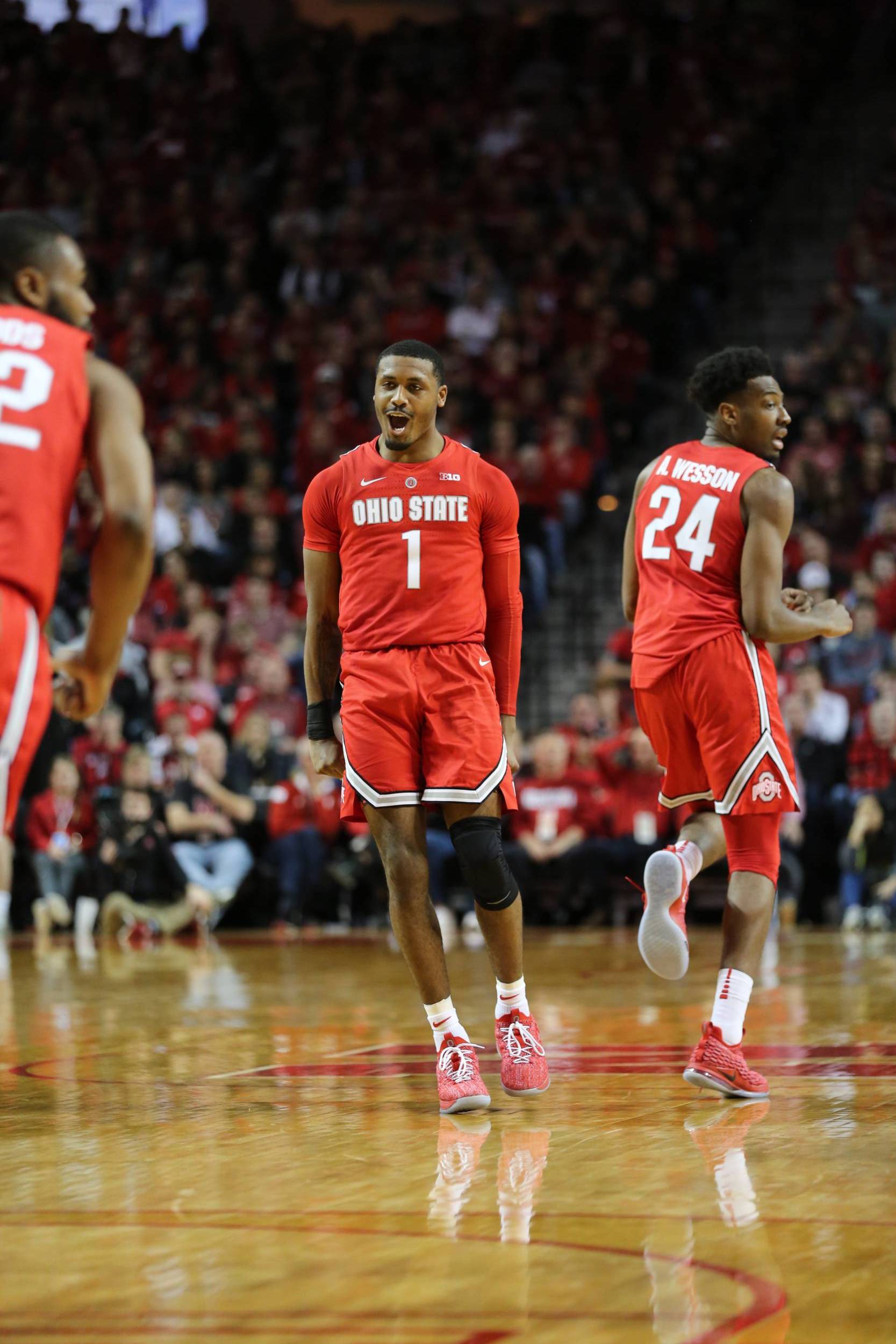 Freshman Luther Muhammad had a career-high 24 points when Ohio State ended its longest losing streak in 21 years with a 70-60 victory over Nebraska at Pinnacle Bank Arena in Lincoln, Neb., On Saturday.

Nebraska was within 62-56 with a minute left but Muhammad made all six of his throws down the stretch to help stop the losing streak at five games for the Buckeyes (13-6, 3-5 Big Ten).

Muhammad’s previous high was 15 vs. High Point on Dec. 29. He had 18 in the second half vs. the Cornhuskers.

Senior C.J. Jackson and junior Andre Wesson each had 10 points for the Buckeyes.

James Palmer had 19 points and Glynn Watson 18 for the Cornhuskers (13-7, 3-6), who have lost three straight and five of seven.

The Buckeyes ran off eight straight points to assume a 44-38 lead with 13 minutes to go. A pair of foul shots by freshman Jaedon LeDee put OSU up 38-36 and Jackson had a tip for two. Sophomore Kaleb Wesson’s basket increased the lead to six.

That was part of a 20-7 run that pushed the lead to 56-43 with 6 ½ minutes left. The Buckeyes at one point hit four straight beyond the arc with Muhammad hitting two and Kaleb Wesson and Jackson also connecting.

Nebraska responded after a timeout with six consecutive points by Watson, but Muhammed came back with a three-pointer at the end of the shot clock that bounced around and dropped in to make it 59-49 with 4:45 left.

OSU wanted to quiet the sellout crowd and did so, although not from the onset.

The Buckeyes ended the first half on a 12-2 run for the five-point margin for its biggest lead at 29-24. The Cornhuskers helped by missing nine of their final 10 shots after a strong start. Nebraska shot 34 percent (10 of 29) from the floor.

OSU shot 42 percent (13 for 31) but was 2 for 12 (17 percent) from three-point range. The difference was in rebounding where the Buckeyes had a 25-12 advantage, including 8-2 in offensive rebounds that led to a 7-0 lead in second-chance points.

Nebraska jumped to a 17-12 lead midway through the half when Ohio State coach Chris Holtmann took Kaleb Wesson out after his fourth turnover went to the smallish lineup with sophomore Musa Jallow, freshmen Duane Washington Jr. and Justin Ahrens, graduate Keyshawn Woods and Andre Wesson.

Woods’ rebound bucket put OSU ahead 23-22 at the 5:24 mark and Wesson made it 25-22 with a reverse before Watson countered for the Huskers. Washington had a layup and Jallow a steal and a dunk with a minute left for the halftime score.