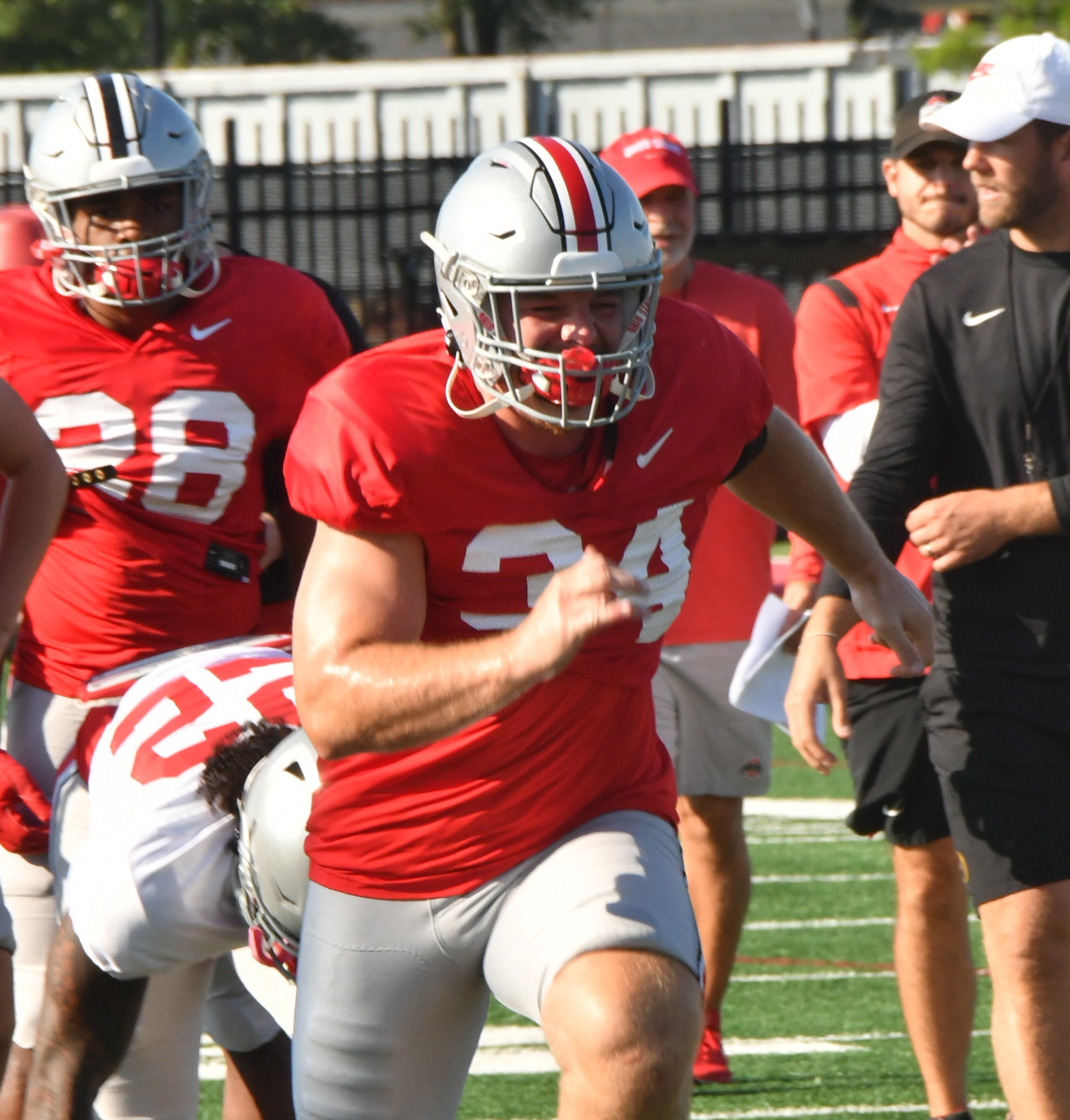 When Mitch Rossi first arrived on Ohio State’s campus, he never expected that he would be a viable candidate for the NFL Draft.

In fact, Rossi thought he would be working an office job at this point in his life, rather than competing in one last season with the Buckeyes with a chance to play in the NFL on the horizon.

“I probably thought I’d be working in an office somewhere at this point, probably doing investment banking or something like that. I was just trying to get a finance degree and now I’m looking at playing in the NFL next year,” Rossi said. “It’s definitely been a change in mindset over the years, but I wouldn’t trade it. It’s been an awesome journey.”

To this point in his Ohio State career, Rossi has primarily served as a utility player for the Buckeyes, spending much of his time in the backfield as a fullback.

Although the fullback has become less prevalent at the NFL and college levels, Rossi cited a renaissance for the position in recent years as a reason that he is hopeful to make the jump to the professional ranks following this season.

“You can see the way the game is coming back to a lot of that two-back stuff. I have talked about it before, the 49ers are kind of revolutionizing with their run game and I think that they’re looking for guys that can fill that role,” Rossi said. “Teams being able to look for that and me stepping up and filling that role for us at the same time, just kind of come together well.”

After missing spring camp while nursing a shoulder injury, Rossi said he is locked in on filling the expectations for his increased role this season. Offensive coordinator and tight ends coach Kevin Wilson said Rossi is among the top two tight ends heading into the Buckeyes’ opening game against Notre Dame, slotted alongside team captain Cade Stover.

As Rossi prepares for a bump in usage, Wilson pointed to his versatility as a blocker as a reason for his uptick in playing opportunities.

“Mitch is much more valuable than I think people realize. He is a solid component of what we do,” Wilson said. “He is one of our 14 or 15 best players on the offense. He will be on the field to some degree.”

Stover pointed to Rossi’s grittiness and intelligence as primary components to his game.

“Mitch is tough. He’s a good ballplayer. He’s been around for a while so he has a good IQ for the game,” Stover said.

With one final season to prove himself to NFL scouts, Rossi said his goal is to become a more well-rounded player in his last run with the Buckeyes.

“It’s a balance between keeping the main thing as the main thing, but also wanting to have the full playbook open when I’m in,” Rossi said. “I would say just trying to improve as a complete player is the goal.”