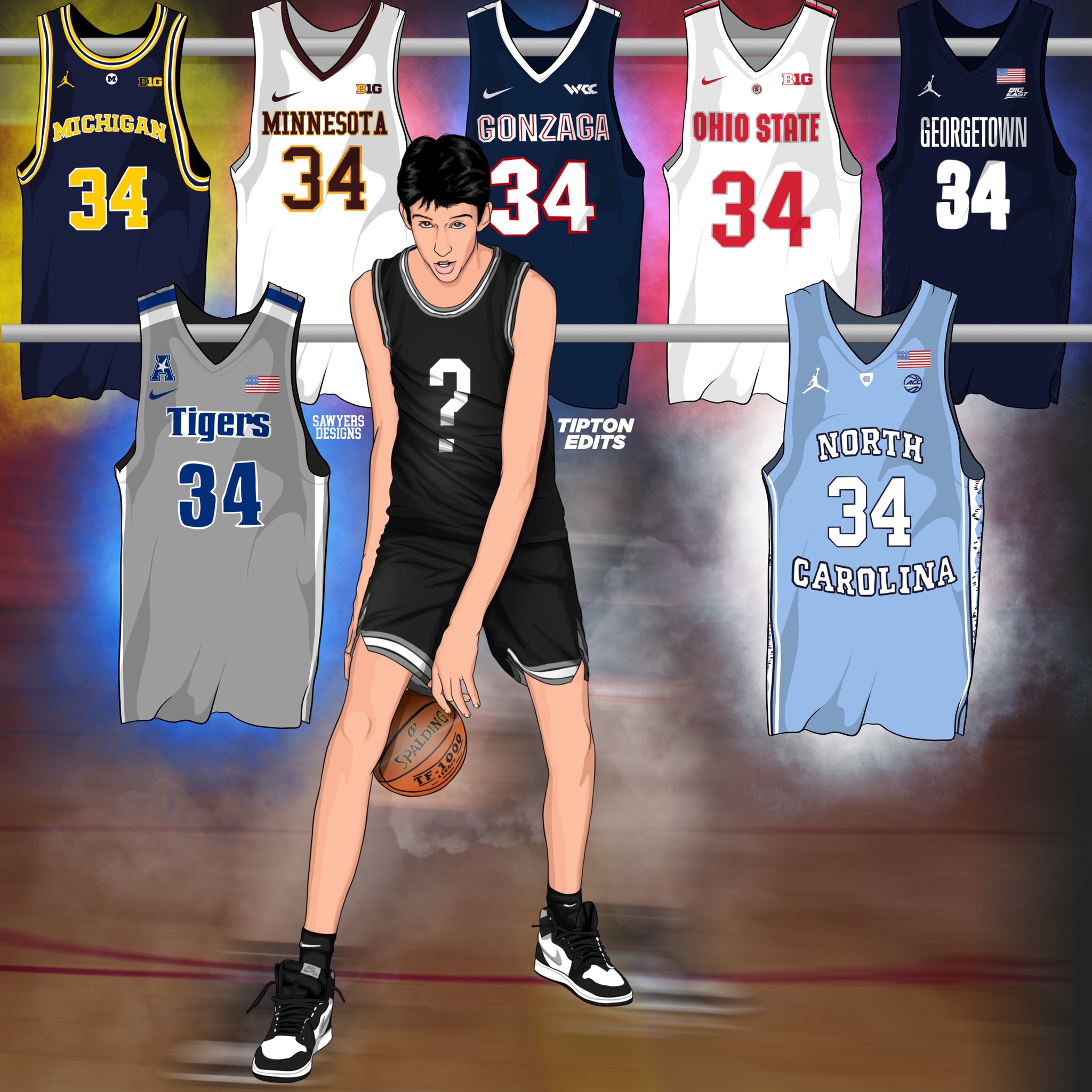 The No. 1 big man in the country, Chet Holmgren, included Ohio State on the list of his final seven schools.

The Buckeyes made Holmgren’s list along with Georgetown, Gonzaga, Memphis, Michigan, Minnesota and North Carolina.

Final 7‼️🤟🏼 Thankyou to all the coaches who have recruited me to this point🙏🏼@TiptonEdits pic.twitter.com/hHWnlSaVIU

Holmgren is the No. 1 overall recruit in the nation, per 247Sports and ESPN. Rivals has the five-star center ranked third among all prospects for 2021. When Jonathan Kuminga reclassified earlier in June, Holmgren became ESPNs top-ranked recruit.

Early in his career at Minneapolis Minnehaha Academy, Holmgren was unranked. As a freshman, the 7-foot center averaged 6.2 points and 3.0 rebounds per game and his team won its second straight Class 2A state championship.

The athletic big man ascended as a sophomore, improving his averages to 18.6 points and 11.0 rebounds per game, along with 5.5 blocks per contest, leading his team to another Class 2A state title. Following the season, Holmgren thrived in AAU for Grassroots Sizzle at the Under Armour Association, earning most valuable player of the tournament.

In a nationally televised game, Holmgren nearly had a triple double with nine points, 10 rebounds and 12 blocks in a victory against national powerhouse Sierra Canyon on Jan. 4. As a junior, Holmgren averaged 14.3 points per game, leading Minnehaha to a 25–3 record. His junior highlights are below:

Holmgren visited Ohio State during the weekend of the Miami (Ohio) football game on Sept. 21.

Minnesota may not have the national prestige as some of the other schools on Holmgren’s list, but the Golden Gophers are expected to stay in the mix for the Minneapolis native. His father, Dave, who is also a seven-footer, played at Minnesota from 1984-88.

Josh Gerson, a 247Sports national recruiting analyst, conducted a scouting report on Holmgren, projecting him as an NBA lottery pick.

“Extremely unique player who is unlike almost any American prospect in recent years,” Gerson wrote. “Good size, long arms and plus athleticism but very narrow frame. Extremely physically immature and may take a while to put on strength due to narrow shoulders/base. Despite lack of strength, very tough kid with impressive mental makeup.

“Has range to perimeter with jumper, good body control and high feel. Outstanding rim protector and rebounder. Level 10 motor. Hard to be overly critical outside of lack of strength/narrow frame. Projects as lottery pick.”