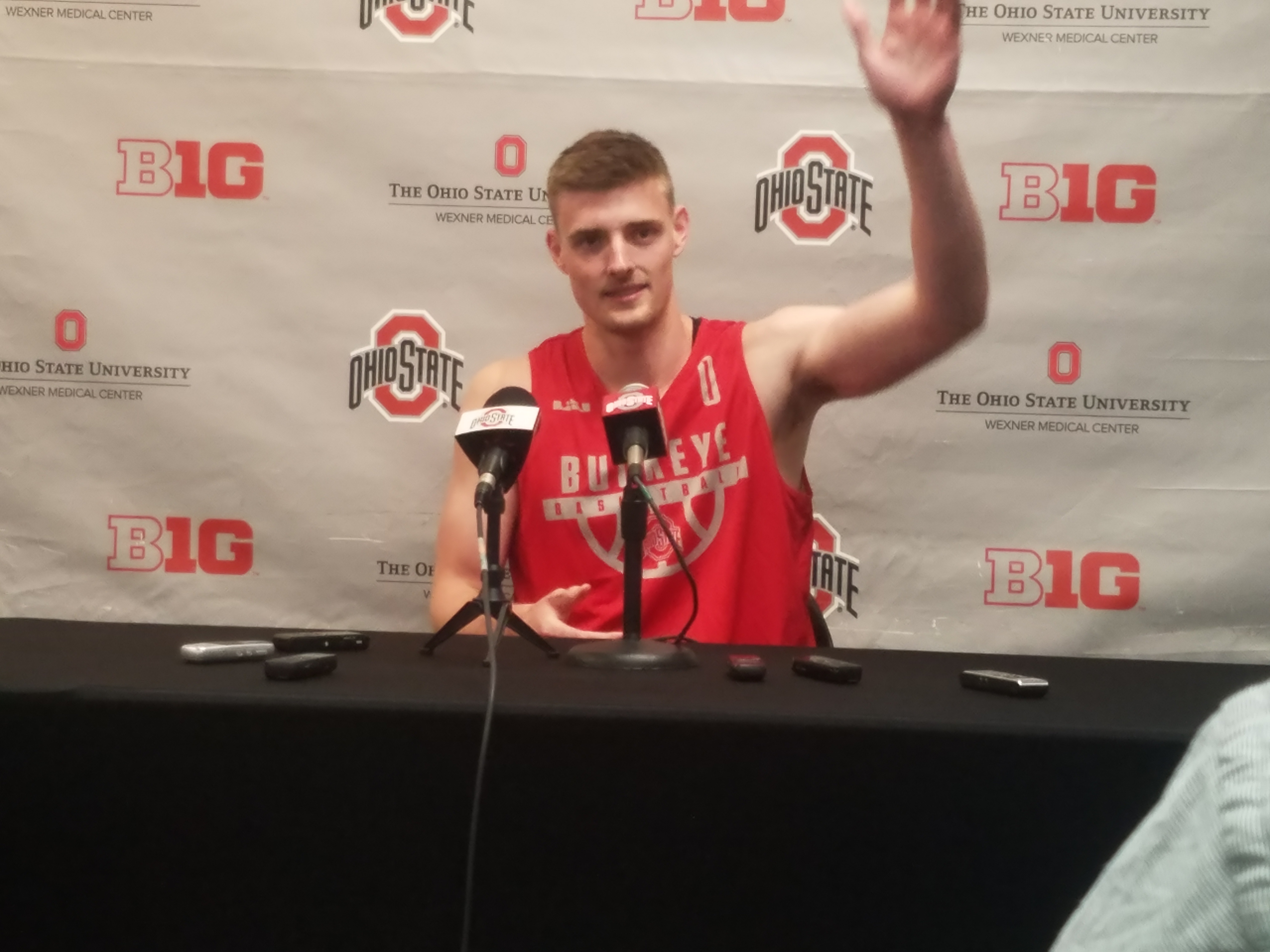 Urban Meyer’s recruiting pitch was so powerful that Micah Potter was on the verge of committing to Ohio State to play football, not basketball – the sport with which he signed a letter of intent to OSU almost three years ago.

Potter, who will be a junior for the basketball Buckeyes in 2018-19, is the older brother of Noah Potter, a four-star defensive end out of Mentor, Ohio, who committed to the Ohio State football team’s 2019 recruiting class in April.

Being Noah’s older brother and a current Ohio State student-athlete, Micah would join Noah and their father for meetings they had with Meyer. Despite being a basketball player, Micah said he was raring to put on the pads and a helmet after hearing what the football team’s head coach had to say.

“I mean, Coach Meyer, shoot, he had me ready to commit to play football,” Micah said. “The way the guy can recruit, he makes you want to go there.

“No. 1, Ohio State football is like the best in the country, everyone knows that. But No. 2, the way he genuinely cares about his players, there are a ton of people on the football team, but he cares about every single one of them and wants the best for every single one of them. His motivation and the way he makes you feel, his charisma with people — I don’t even know how to describe it. He makes you want to play for him.”

Noah felt that same urge. He chose the Buckeyes over scholarship offers from such programs as Alabama, Florida, Notre Dame, Penn State and Wisconsin. He became the third son in the family to accept a Division I scholarship. Micah’s and Noah’s older brother, Caleb, played baseball at West Virginia before transferring to Southern New Hampshire, where he was a senior in 2017-18.

Though Noah had a rather impressive offer list featuring more than 20 schools, Micah said Ohio State was the favorite to land his younger brother’s pledge all along.

“The deal with Noah, he’s wanted to be a Buckeye his entire life,” Micah said. “Ever since he was 5 years old, he had a paper up on his wall that said: Five-star recruit, Ohio State, NFL, Hall of Fame. That has been his lifelong goal. Once he started to get into the recruiting process and started to develop in his ability, he kind of started to really enjoy the recruiting process and getting the attention from all the coaches — especially being the third born and being behind two Division I athletes. He kind of was like the one that was left behind in a sense, so he really enjoyed it.”

Micah took no credit for Noah committing to Ohio State, even though he admitted he teased Noah occasionally about joining him in Columbus. Quips aside, Micah said he did not want to influence Noah’s college decision.

“The biggest thing for him was he didn’t want the pressure from everyone else,” Micah said of Noah. “He wanted it to be his decision, and really that was always my intent. I was going to love him regardless of where he went, and he could have gone anywhere in the country and been super successful.”