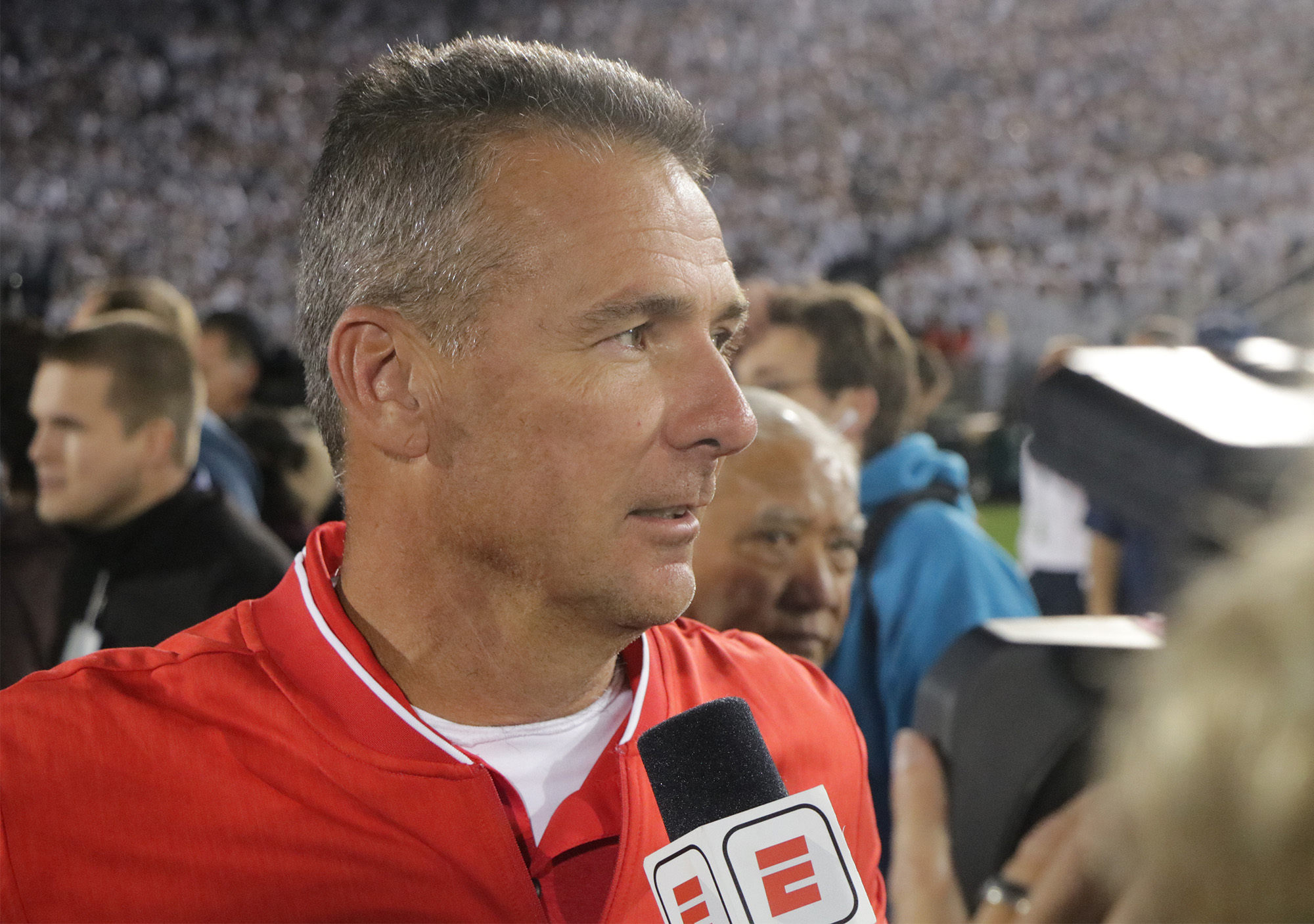 Ohio State has played five games in 2018, and the Buckeyes have five wins. But, with slightly more than half the season remaining, head coach Urban Meyer believes his team has a long way to go.

Those were his comments two days after the Buckeyes came back from a 12-point deficit in the fourth quarter to beat Penn State in Happy Valley, and five days before Ohio State was set to host Indiana for homecoming – kickoff is at 4 p.m. Saturday in Ohio Stadium.

Ohio State beat Penn State despite struggling to get the offense going for long stretches, allowing a 93-yard touchdown pass and giving up 175 rushing yards to Nittany Lion quarterback Trace McSorley. Oh, and the Buckeyes committed 10 penalties to boot.

In a road game against a top-10 opponent, those numbers usually add up to a loss. Ohio State was talented enough to overcome that, though, and get a victory when the odds of a win were slim.

“This team … there is a tremendous ceiling on this, and we haven’t got close to it,” Meyer said.

After the win, Meyer said the Buckeyes had a call-to-arms type of meeting with the focus on finding ways to get players who aren’t involved to contribute. One example used in the meeting was the play of punt-team stars Terry McLaurin and Jeffrey Okudah, who happen to be key players on offense and defense, respectively, as well.

Meyer stressed that it’s time for more players to step up, and if that happens Ohio State will be on its path to reaching that high ceiling.