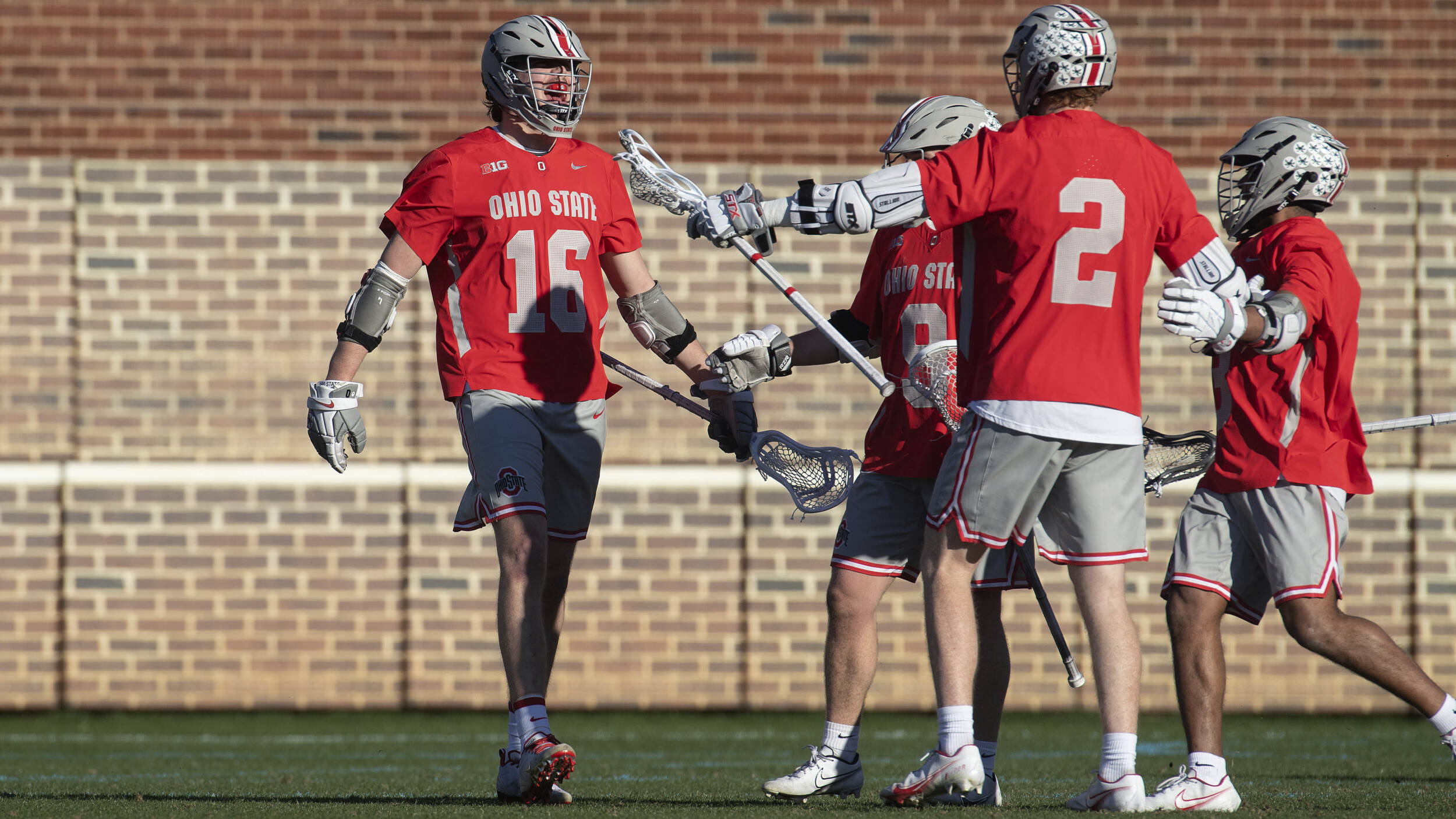 “We are proud to see these deserving men recognized,” Ohio State head coach Nick Myers said. “It speaks not only to the great seasons they had individually but also to the success they helped us achieve as a team. They’d be the first to say that none of these accolades are possible without the help of their teammates.”

Myers adds his second-team All-American honors to his first-team All-Big Ten selection. He served as a co-captain and led the Buckeyes with 83 points on 38 goals and 45 assists. His 83 points in the second-most for a single season in program history behind Terry Gilmore, who had 90 points in 1979.

The Bethesda, Md., native, was named a second-team All-American by USA Lacrosse Magazine and Inside Lacrosse. Myers ranked fourth nationally in assists per game with 2.81. He was also eighth in the NCAA in goals per game (2.38) and points per game (5.19).

Reid earned second-team All-Big Ten honors and third-team All-American recognition from USA Lacrosse Magazine and Inside Lacrosse after scoring a program-high 47 goals with 15 assists. He ranked second in the Big Ten in goals per game (2.94) and sixth in points per game (3.88).

The Culver Academy product’s scoring output helped Ohio State set a single-season record for goals scored per game at 13.6. He finished his career ranked No. 3 in all-time goals with 131 and his 180 career points are the seventh-highest in program history.

Inacio claimed the second All-American accolade of his career in 2022 after he was an honorable mention selection in 2019. He ranked second in the Big Ten and 25th nationally in ground balls per game, picking up 6.31 per contest. Inacio was also the ninth-best face-off specialist in the NCAA with a .592 percentage in the circle.

The Oakville, Ontario, native, set a career record for face-offs won (728) and ground balls (357) during his final season. Inacio was the No. 18 overall selection in the 2022 Premier League Lacrosse Draft to the Archers. He was the first face-off specialist picked.

Van Buren won Big Ten Freshman of the Year and took home second-team All-Big Ten honors in his first season. He was the first close defenseman to be chosen as the league’s best freshman in the eight-year history of Big Ten lacrosse. Van Buren also became just the fourth Buckeye freshman of all time to become a USILA All-American, joining Ryan Terefenko, Tre Leclaire and Logan Schuss.

The Wingate, N.C., native, played in all 16 games this season and was tied for second on the team with 11 caused turnovers. He also collected 22 ground balls and helped Ohio State’s defense hold its opponents to 10 goals or less in six contests.

The Buckeyes’ four All-American selections are the third-most in a single season for the program despite having multiple players earn the national recognition in eight of the last 10 seasons. In Myers’ 14-year tenure, Ohio State has produced 34 All-Americans, including 19 over the last four years.